HTC U12 to have 4K bezel-less display, Dual cameras.

HTC upcoming flagship HTC U12 is now Rumored to come with a 4K display with thinner bezels.HTC U12 is the successor to the earlier launched HTC U11.HTC U12 will not launch anytime sooner than the first half of 2018. 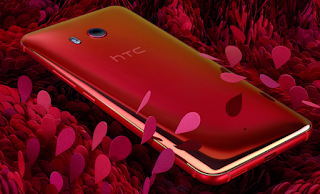 As per rumors, the upcoming HTC U12 is rumored to sport 4K bezel-less display and also rumored to come with the Dual camera set up this time after a long break from first Dual camera smartphone by HTC with HTC One M8.


HTC U12 is rumored to be made out of glass and metal this time and there are reports claiming that HTC U12 will not have 3.5 mm audio port.Apart from this, there are no more details leaked by the source.


HTC U12 might not have a 4K display as it might still come with the same 2K display but it is too early to comment on that apart from that all other details might be true as HTC had recently launched the HTC U11 Plus with thinner bezels and having an aspect ratio 18:9 we can expect the same display to be featured in the upcoming HTC U12.

HTC U12 to have 4K bezel-less display, Dual cameras.