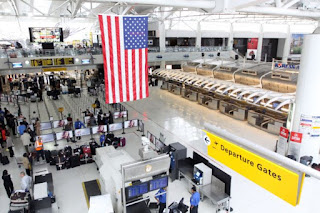 The U.S. Supreme Court on Monday handed a victory to President Donald Trump by allowing his latest Travel Ban targeting people from six Muslim-majority countries to go into full effect even as legal challenges continue in lower courts.

The nine-member court granted his administration’s request to lift two injunctions imposed by lower courts that had partially blocked the ban..


The high court’s action means that the ban will now go fully into effect for people from Chad, Iran, Libya, Somalia, Syria and Yemen seeking to enter the United States. The Republican president has said the travel ban is needed to protect the United States from terrorism by Islamic militants.﻿