I haven't even scratched the surface with the Lake George stories of the past, and I'm sure some of you who were a part of those stories are thinking, "Hey, what about the time....?" The thing is, when you are talking about 12 years of stories with a rotating cast of characters who are, well, characters, it's hard to navigate it all. So, I think I will start with the present, sprinkle it with the past and see where it takes us.

It all started with a plan hatched by my father's dear friend, Sally DiBella. You see, my dad made a bunch of friends when he was 10 and then he stopped. 65 years later, they are still friends and love each other like crazy. Just talking about my father brings tears to Sally's eyes. Oh, hang on. I forgot something. Let me get this out of the way right now. Sally is a man. Yes folks, we are Italian and Salvatores abound. Where there are Salvatores, there are Sals, Sallys, and Sally-boys. In fact, until I moved to Ohio, the only Sallys I knew were men.

The DiBellas were one of the many families that joined us on those vacations many years ago. Sal is hilarious and very animated and tells a great story. He has a thick Brooklyn accent and an infectious laugh. In the 70's, he was mistaken for Telly Savalas. Can you guess which one is him? 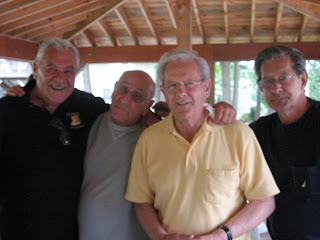 Anyway, Sally DiBella wanted to have a Lake George reunion and although all of the families from the past could not make it, several of us could. I knew I was going to be in NYC the month before for my HS reunion, and I knew it was Little League All-Star season, but like I told Frank, "We have to go. My whole family will be there and the kids need to meet Sally." We were on board. All-in-all, 10 cabins, 38 people.

More on that later.

One famous Sally/Lake George story (and there are quite a few) is the year he decided to come with his sons, Joe and Charlie, in a rented Winnebago. Each boy was allowed to bring one friend and they would drive up and camp. 4 guys in a camper. Not too terrible. But 4 quickly became 5 as one of the friends had a sad looking brother who wanted to come to. Add a little poodle named Suzette and it was a recipe for disaster. By the time they made camp in Lake George, Sally had a gash in his head from an encounter with a cabinet door and he managed to empty the camper's "waste" receptacle onto himself. When we went to visit the campsite, they were having a little birthday celebration for one of the boys and Sally thought it would be funny to write "Happy Birthday" on his head in icing. It was funny. Sal was looking in the mirror and so it was backwards. I wish I had a picture of it!

Here are some other pics from this year.... 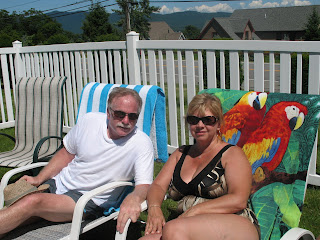 My sister Audrey and brother-in-law Peter. 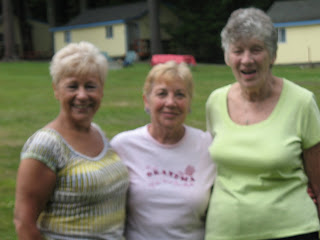 And speaking of Aunt Maria, may I proudly present her husband, my uncle and Godfather, Salvatore...Sal...or should I say, Sally Casale: 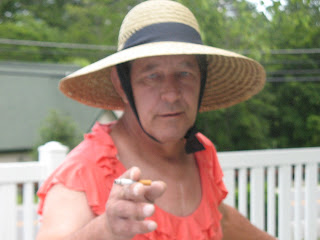 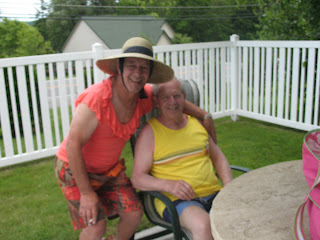 I think this speaks for itself. I didn't call this "The Sally Factor" for nothing.