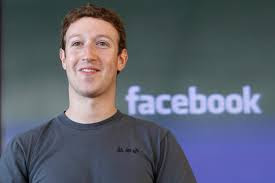 Forget the vacations and private getaways — for Facebook founder and CEO Mark Zuckerberg, happiness is all about helping others alongside the people he loves.   During a Q&A on Facebook last month, Zuckerberganswered a ton of questions and wrote a great deal about how people play a huge role in his life and work:
“To me, happiness is doing something Meaningful that helps people and that I believe in with people I love.”
“I think lots of people confuse happiness with fun. I don't believe it is possible to have fun every day. But I do believe it is possible to do something meaningful that helps people every day.”
“As I've grown up, I've gained more appreciation for my Close relationships — my wife, my partners at work, my close friends. Nobody builds something by themselves. Long term relationships are very important.”
Considering Zuckerberg was a psychology major before he dropped out of Harvard, his marriage to college sweetheart Priscilla Chan, and his history of forgoing fancy cars, clothes, and a salary, his answer isn't all too surprising.
But it's a refreshing change of pace to hear such a down-to-earth response from a man running one of the most successful tech companies in the world and who has a personal net worth estimated at $35 billion, according to Wealth-X.

Latest February transfer talk. | Maso…
Outdoor Sofa vs. Outdoor Sectional – …
11 things to do on vacation with out …
Why SEO Is The Next Big Thing in the …
how to remove dark circles in 2 days


This post first appeared on Articlepedia, please read the originial post: here
People also like
Latest February transfer talk. | Mason Greenwood, Ayew, Pogba, Keylor Navas, Arsenal
Outdoor Sofa vs. Outdoor Sectional – What Is The Difference
11 things to do on vacation with out the kids
Why SEO Is The Next Big Thing in the Real Estate Industry
how to remove dark circles in 2 days
Tips to make your journaling easier
Tips For Improving Mental Health Through Exercise
The Ultimate Guide to Making Money Online