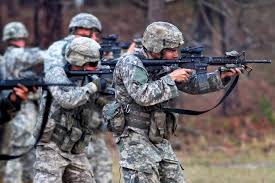 When US Civil war General William Sherman was asked to address military cadets in 1879, he summed up his vast experience of war in just 3 words: 'War is Hell'. His statement is greatly supported by statistics as well. In the 20thcentury alone, over 150 million people lost their lives due to wars. These wars not just cost the lives, but also make a huge impact on the economy.
Despite these huge costs in terms of money and valuable human lives, most of the governments across the world consider spending on defense of their territories to be a major necessity. Since then, the world's top military powers are spending trillions of dollars each year on sustaining and improving their forces.

Although surprising, not all countries have active armies. In fact, there also are few countries that have opted not to have an army at all. Let's see why they came to such a decision, and what sort of defense they have instead of a traditional armed force.

Latest February transfer talk. | Maso…
Witnessing an Aggressive Event
Telegram Marketing solutions
It's Time To Rebuild
How To Invest in Real Estate With no …