Fun with Paint and Wood

Ladies, start your engines! Our local Girl Scout organization hosted their 3rd annual pinewood derby race last week. Which means that once again, I had to clean the sawdust from my tools from last year's car and help Sweet Pea create another wheeled work of art. Each year I let SP choose how she wants her car to look. I try to cut, sand and chisel her wood block into a reasonably similar shape to her idea. Then I let her work her magic with paint and accessories.
To view previous pinewood derby cars just click here and here.
This year SP decided she wanted her car to look like one of the minions from the animated movie, 'Despicable Me'. A Minion is a cute yellow Tylenol-shaped worker who wears goggles and denim overalls. This design was actually much simpler for me because I only had to round off the corners of her block and glue a round, washer holding cup to look like a one eyed goggle. Did I mention that some minions have one eye and some have two eyes?
So, using the DVD case as a guide, SP created a very believable likeness with bendaroos used as arms. 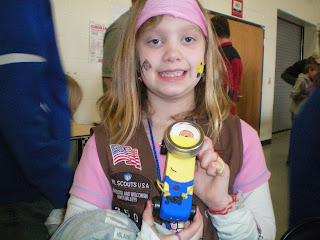 SEO Trends and Vitals for 2021
51 Best Start-up Ideas to Try
How to set up your home photography s…
10 Business Faux Pas to Avoid When Us…
Girltrash: All Night Long: un musical…
SP decided that her minion would have a smug, contented look about him so she drew an eye with a half closed lid. You can't see from the picture but her minion has one black curlicue hair on top of his head.
Our cars usually are not made for speed, but this year SP won her first heat and got second in her other two heats. Not good enough for a trophy but still OK.
So when SP wasn't racing, I had plenty of time to view the competition. About 160+ cars of competition. 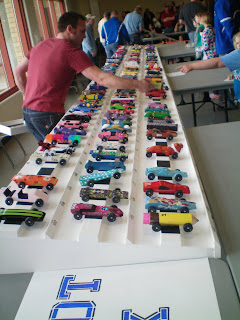 There was evidence of much creativity among the wheeled wood blocks. Some cars had better paint jobs than the van we drive. 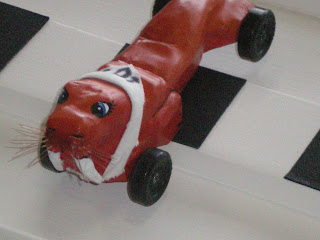 Each girl scout got to vote for their favorite cars. This walrus car won for 'Most Creative.' 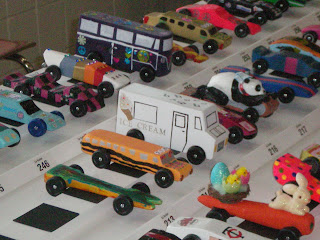 Here is some more of the girl scout's artistic ability. Someone actually carved that panda bear riding a toboggan. We also saw a car with working headlights.
With all of the talent and creativity on display, SP got some good ideas for next year. I will have to look into how to install headlights and probably add a working radio too. Hmmm...a derby car in the design of an Ipod perhaps?

Fun with Paint and Wood