Still No Talk About Abolishing the Electoral College 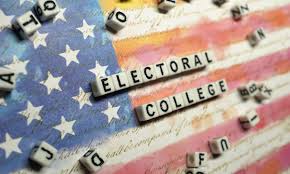 I have written in this journal about my opinion that the Electoral College be abolished in:
I still stand by the opinions that I expressed then.
In 2020 Joe Biden won the popular vote by 7 million. I can't believe that 74 million people voted for Donald Trump.  Biden's margin of victory was very small in several battleground states.  Thus Trump challenged the results in those states.  In 2000 the election was decided as George W. Bush won Florida by 537 votes.  Al Gore took the loss like a man.  Gore did have about 500,000 more popular votes than  Bush.

Spider-Man: If This Be My Destiny - L…
Crunchyroll – How to Watch Anime Onli…
Tomcat Tompkins – Part 5
20 Best Free Sports Streaming Sites O…
Homebuyers anticipate lockdown exit a…
It would take a constitutional amendment to abolish the Electoral College.  It would take a 2/3 majority in the House and Senate followed by approval by 3/4 of the state legislatures.  Obviously, the Republicans would oppose this, but there should be at least some movement to abolish this dinosaur that was established in the early days of our republic.

Leverage investing, mainly in these times of selloffs!

Still No Talk About Abolishing the Electoral College