Time Between: An Autobiography of Chris Hillman Best Known as a Member of the Byrds 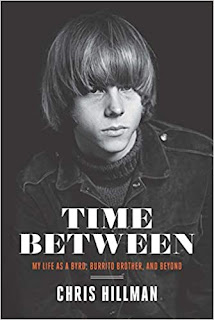 I am writing this review as  I am reading it on the Amazon Kindle.  I have completed about 75% of it and will finish it by tomorrow. Chris is best known for being a member of the Byrds.  He was members of several other groups:

OpenPose Reviews: What it is, How it …
Highlands, Buttermilk Opening and Sum…
Davido ft Chris Brown – Blow My Mind
Actor Yul Edochie Announces His Pasto…
Royal Palace Rugs
I have followed his career since The Byrd's famous cover of Dylan's Mr. Tambourine Man in 1965.  I really think he didn't the recognition he deserved in that group since they were 5 excellent musicians.  When most people think of the Byrds Roger McGuinn comes to mind.  He stayed with the group until the Sweetheart of the Rodeo album in 1968.  I had the pleasure of seeing him in concert at New York's Town Hall celebrating the 50th anniversary of Sweetheart of the Rodeo.
The book is an autobiography written without a ghostwriter.  Chris is very candid as he outlined his personal and professional lives.  Some consider him one of the fathers of country rock. I never read a book or article where a musician was critical of some of his own work.  I enjoyed two of his songs on The Byrds, a reunion album of the five original members issued in 1973 (Things will be Better and Borrowing Time) but Chris stated he didn't like them.
I found out much about Chris that I didn't know even though I've heard his music for over 50 years.  I didn't know that his father was Jewish and committed suicide when Chris was young.
I highly recommend this book for all fans of folk, folk-rock, country, and country-rock music.  Here are a few other relevant websites:
Chris Hillman, Roger McGuinn, and Marty Stuart singing Time Between
on the Sweetheart of the Rodeo Anniversary Tour.

Time Between: An Autobiography of Chris Hillman Best Known as a Member of the Byrds