The Captain by David Wright - a New Autobiography 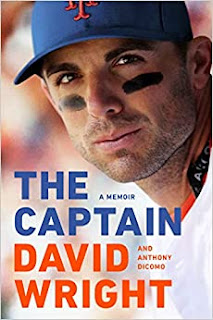 David Wright was a phenomenal player for the New York Mets whose baseball career was cut short by spinal stenosis.  He discussed growing up in Norfolk, Virginia where the Mets had a AAA farm team.  He could have enrolled at Georgia Tech, but decided to sign with the Mets.  He moved up through the minor leagues and eventually made it to the parent team as the third baseman.  He discusses the 2006 season as the Mets just missed the World Series and the 2007 and 2008 season when the team collapsed and didn't quite make it to the postseason.  The highlight of his career was the 2015 World Series that the Mets lost to the Kansas City Royals.

Sadly, at that time he confronted injuries that required surgery.  He described his condition of spinal stenosis that ended his baseball Career prematurely.  It obvious that the Mets will eventually retire his number 5 and induct him into the term Hall of Fame, but he won't get into Cooperstown since his career was cut short.

How to Develop an Educational App?
Chatfuel Vs BotMyWork Chatbot Builder…
Trends in graphic design technology y…
How to Leverage Entrepreneurship and …
Turning The Wheels Of Fortune

The only shortcoming was that there was minimal discussion of his non-baseball life.  I highly recommend the book to all Met fans.

The Captain by David Wright - a New Autobiography