The Australian Mist (formerly known as the Spotted Mist) is a breed of cat developed in Australia. It’s a cross between the Abyssinian and the Burmese cat. In 1975 the breed was developed by Dr. Truda Straede by crossing domestic short-haired, Abyssinian and Burmese cats, to create a short-haired cat with a spotted coat. From their Burmese ancestors the cats received a variety of colors, from the Abyssinian – a special hair structure, and from the domestic short-haired parents – a spotted pattern on the fur. The name of the breed was created by simply looking at the pattern of the cat – spotted mist. 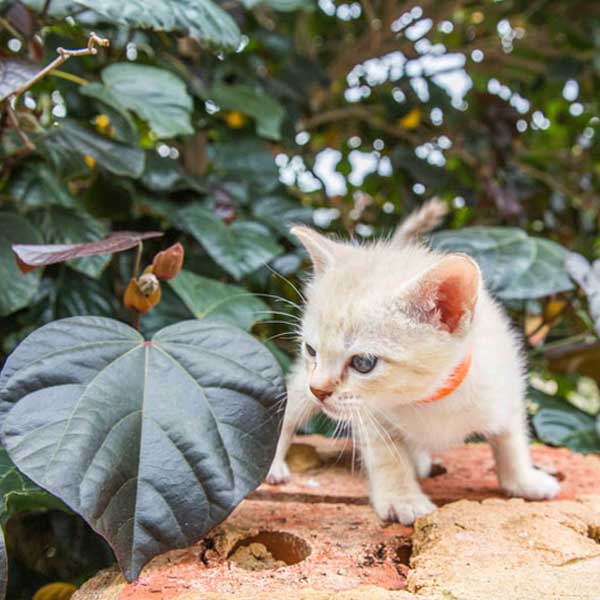 However, ten years later, another color variation appeared – marble. As a result, in 1998 the name was changed to Australian Mist. Australian Mist cats are balanced in nature and calm, they are known for their exceptional temperament and friendly personality. They are not inclined to scratch and very tolerant of handling. They have been described as the ultimate affectionate cats that thrives on family companionship. Australian Mists are excellent indoor cats as they prefer to stay inside with their favourite human, but some can be trained to go for walks on a lead. They respond well to training and enjoy being active indoors. As kittens they are lively, active and playful. Their love for entertainment remains with them forever. Australian Mists are perfect family cats, can quite easily fit in with other cats and dogs, and get along especially well with children.

Australian Mists very quickly become attached to their owner and are ready to accompany them from one room to another. They love attention and affection, and are happy to share their love with all members of the family. As with all cats, they are also quite independent. They quickly find a common language with other pets. They won’t try to dominate and take the position of a leader, they’d rather compromise. Australian Mists are completely non-conflict. 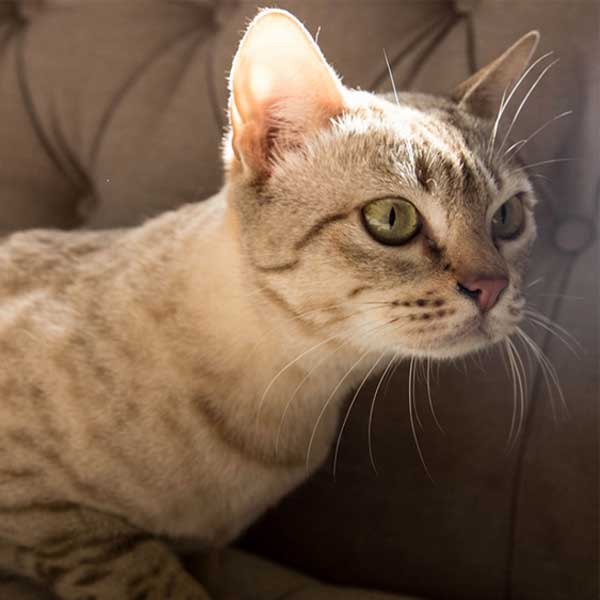 Their short coat does not require a lot of grooming, although Australian Mist cats appreciate the attention that comes with grooming. They are considered to be a healthy cat, and while all breeds can develop health problems such as renal failure, hyperthyroidism and diabetes, Australian Mists are known to have very few genetic health issues. Right now there are no health issues specific to this cat breed, but some breeders have reported that lighter coloured Australian mist cats have shown a tendency to develop skin allergies.  As with any pet, be sure to regularly consult a veterinarian for routine care and medical advice.

Australian Mists, just like their Burmese ancestors, have large, expressive eyes, which are usually green. They are lean, medium-sized build cats. An Australian Mist cat can have a spotted or a marbled coat, with one of two distinct appearances: a darker pattern against a misty background, or a diluted pattern against a base solid colour of the fur. Their coat is short and thick, with a plump tail that is either scalloped or ringed in pattern