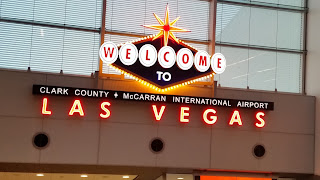 **Warning - this will be a long post with lots of pictures!**

We were in Sin City for World Tea Expo but I also made sure that my fiance and I were able to hit the town a time or two. We haven't been able to go on vacation together in years so it was really nice to get away from everything back home for a while.

We stayed at The Mardi Gras Hotel and Casino, which was a bit a time warp. It was a bit run down but served the purpose well enough. It was a very short walk to the Las Vegas Convention Center so that made life a lot easier. It was a little far from "the strip" and some of the main touristy attractions but that wasn't much of a big deal. Thank god for Uber carting us around! It was hot but not unbearably so and there was a nice breeze for pretty much the whole week.

Temps climbed to over 100 degrees a few days after we left so we really lucked out as far as weather goes. I would say that the only complaint I had about Las Vegas was the fact that people are allowed to smoke EVERYWHERE. As an asthmatic non-smoker, this presented a lot of challenges and sent me home with a slight cough. I actually had to stop walking through my hotel's lobby altogether.

Wednesday was our first night out and we decided to go see the sights. We started at the High Roller, the world's tallest observation wheel. We then hoofed it all around the strip. Although I enjoyed our jaunt, the crowds there were a lot to handle. I think EDC being in town probably had something to do with that.


Thursday we decided to hit Fremont Street. This is where a lot of the older casinos are located. We found a cool local microbrewery called Banger Brewing thanks to a recommendation from our friends at +Tealet. Although it was crowded on Fremont Street, the vibe was quite a bit different than what I found on the strip. There were some decent bands playing on the different stages and the light show going on overhead was pretty cool. 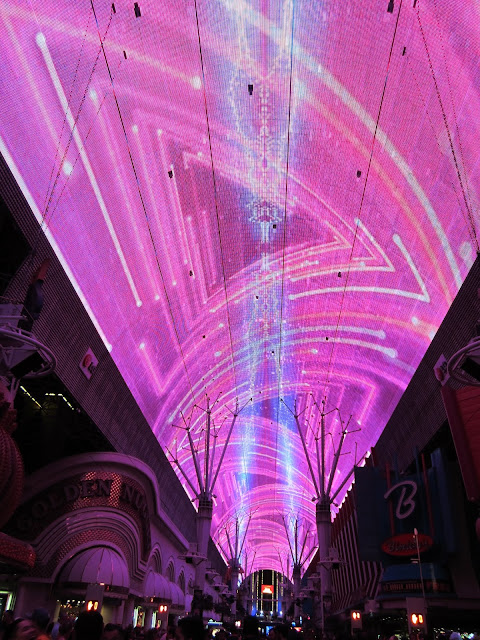 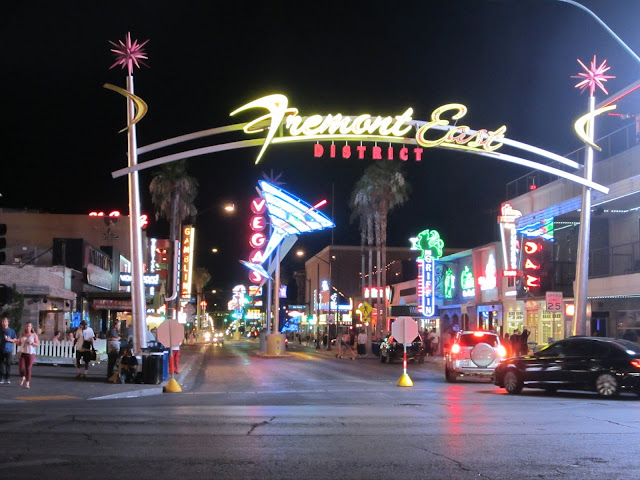 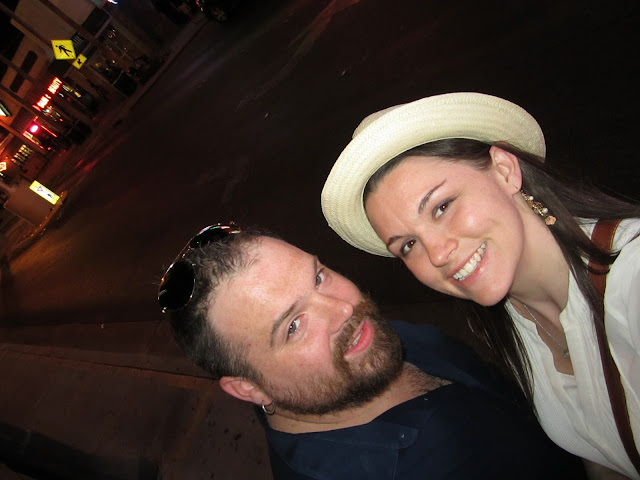 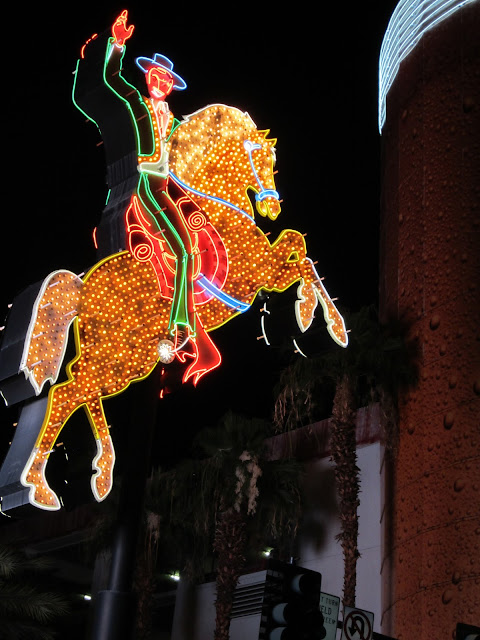 Jason and I absolutely love to eat. I think the highlight of the trip for him may have actually been a sandwich. We found a cute little place called Park on Fremont where we ordered Philly cheese steaks...where the cheese was macaroni and cheese. They were as amazing as they sound. I also really dug the hidden seesaw and the wall of porcelain plates on the back patio. 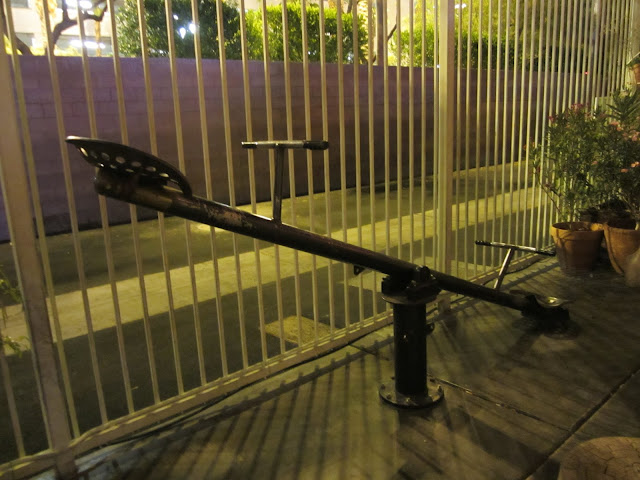 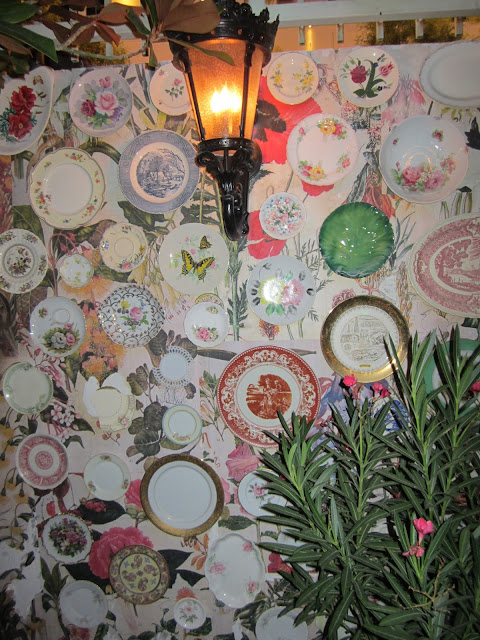 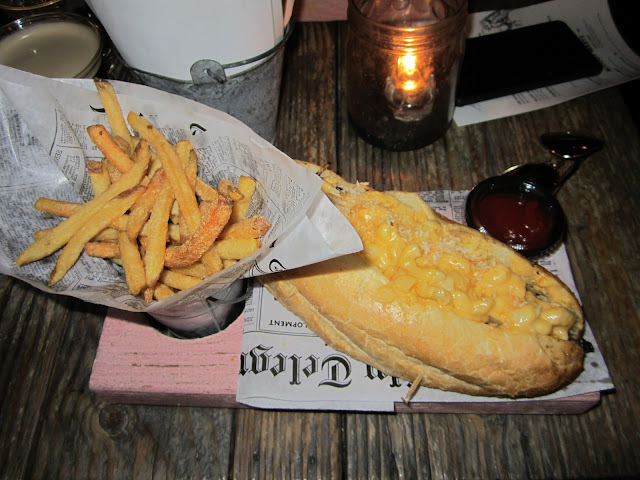 On our last night in Vegas, we spent some time gallivanting with my fellow tea bloggers. We hit two local tea places as well as the inevitable stop at In and Out. The first tea place we visited was PublicUs, a really cool little restaurant and coffee bar. I made Jason pose with a giant steak while I drank my Golden White Peony from Song Tea & Ceramics. Their mugs kept the tea so hot! I've never actually been able to capture steam with my camera before. Only a tea blogger would get excited about something like that but it made me happy. 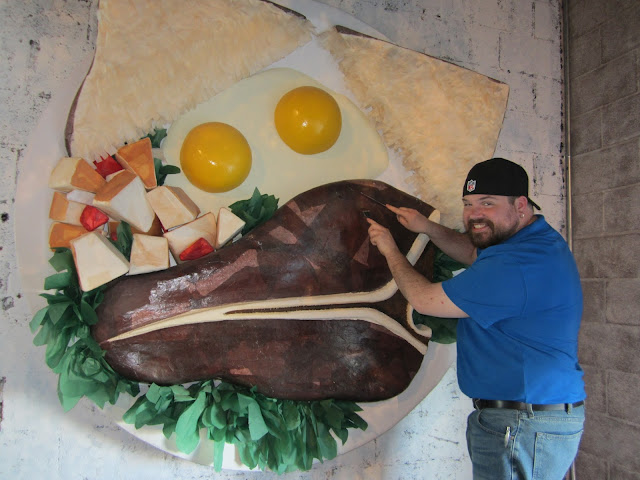 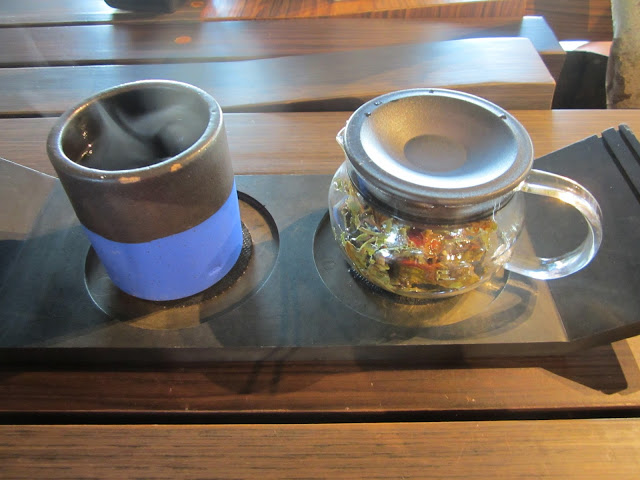 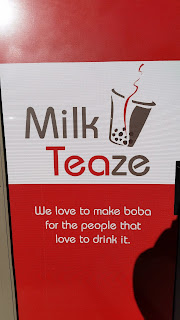 Next, we visited a little place called Milk Teaze. For those that don't know it's a bubble tea shop where the waitresses wear lingerie, sort of a tea Hooters if you will. All of the drinks were made fresh on the spot.

I'm not really a fan of boba so I ordered the matcha ice cream milk green tea sans the icky bubbles. It was very sweet but absolutely delicious. Imagine drinking melted matcha ice cream with a scoop or two of matcha ice cream added on top. Their heart shaped bendy straws were adorable to boot. The staff was also really good sports given the general oddness of a large group of tea bloggers gathered in one place.

I have to give those girls props because I burn myself making tea at work while fully clothed. Doing it in my underwear would likely end up with a trip to the emergency room.

And with that, I'll end my WTE coverage for 2016 (with the exception of part two of the WTE edition Friday Round Up tomorrow). It really was an awesome experience and as always, I'm so glad that I went. Here's to next year being even more awesome! 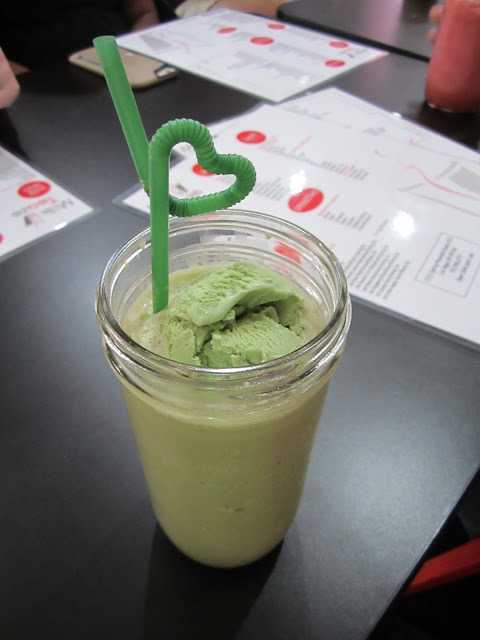