I wrote a piece for The Debrief recently, on Wanky Grains (read it here if you like) and since then I've become quite the fan of Farro. Farro is a wheat, but it has a nice nutty flavour and more bite to it than something like pearl barley, which is looks a bit like. Also, it has an equal protein content to quinoa but has less fat: win, win. (It's still a carb though). You can find it in the wholefoods bit of most big supermarkets, near the quinoa and all that.    I like to cook mine quickly in 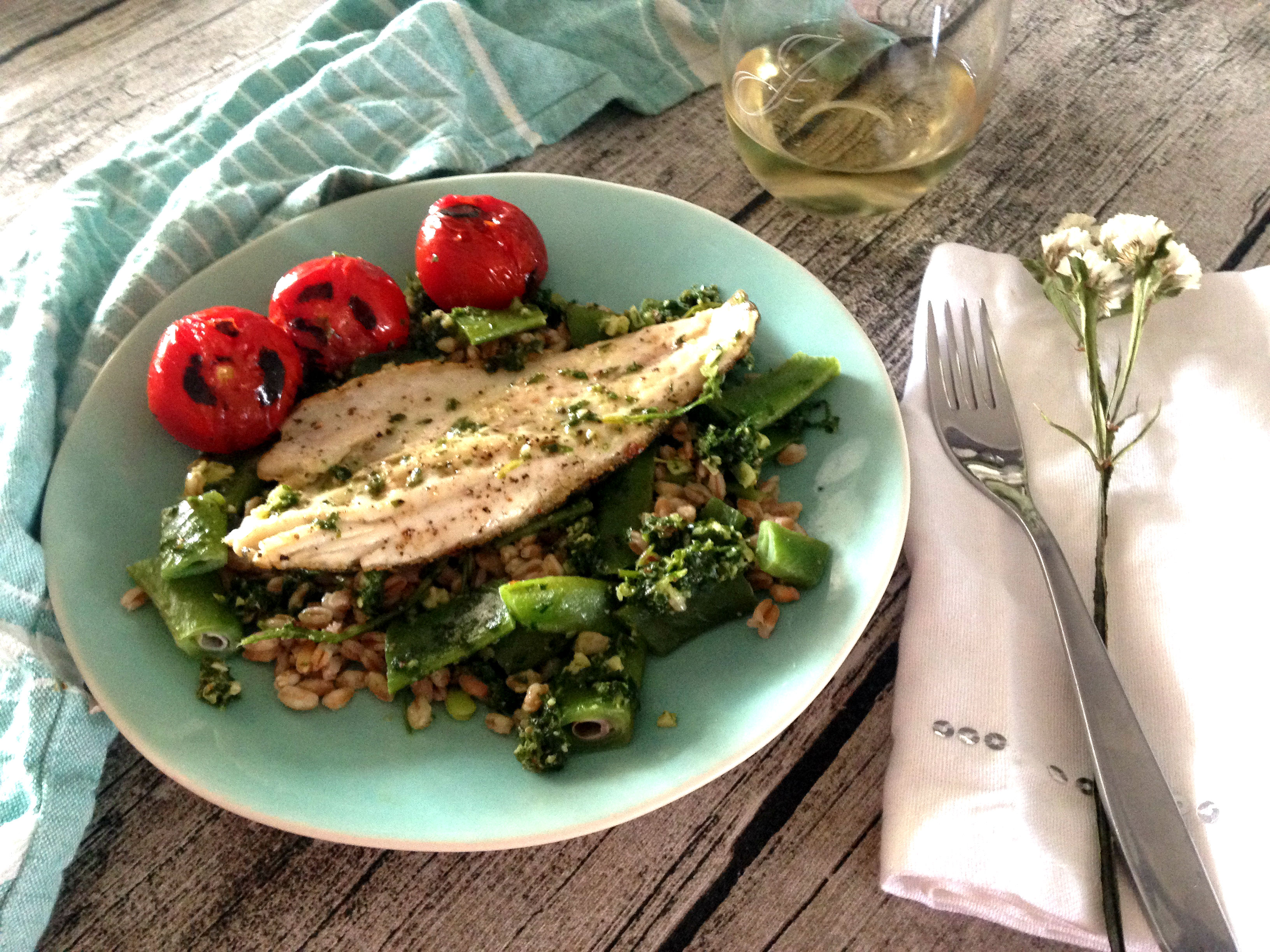