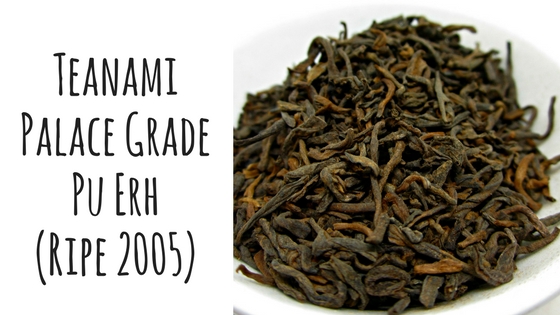 I had a love-hate relationship with cooked puerh for a very long time. The primary reason for that is that there's a lot of poor quality stuff out there. It took a while for me to learn that lesson but it is an important one. Since then I've gotten much pickier about what I'll subject myself to. Life is too short to drink bad tea!

One of the keys to shou puerh is understanding leaf grades. Puerh leaves are graded on a scale from 0 to 9, with 0 being made from just the buds. It's a bit like the black tea grading system used in places like India and Sri Lanka in that size doesn't always guarantee quality. That being said, a 0 is more likely to be higher quality than a 9 (just as SFTGFOP is likely to be better than Dust grade leaf destined for tea bags).

This particular selection from Teanami is a 0, also known as imperial grade. The leaves were positively tiny compared to almost every other cooked puerh that I've had. This was a good sign! They were dark but with plenty of golden tips peppered throughout. I did a quick 10-second rinse just to be on the safe side but the liquor was fairly clean with hardly any sediment. It brewed up an almost opaque inky black from the start and stayed that way throughout numerous infusions.

My first thought when drinking this tea was, "Wow, that's smooth!". The mouthfeel was fairly thick and viscous with no bitterness at all. There was also a lot of natural sweetness from start to finish. What started as damp wood notes transitioned into hints of dark cherry in later infusions. It was definitely earthy but not offensively so. It reminded me more of dian hong than the typical forest floor effect. This tea has had a while to mellow out so there was very little dui wei, or fermentation, taste. 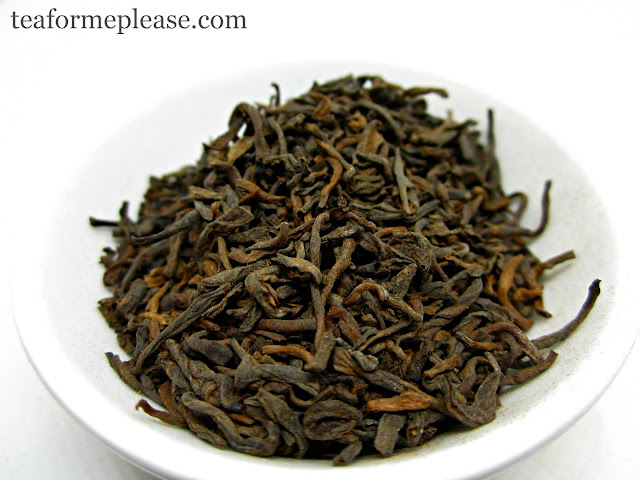