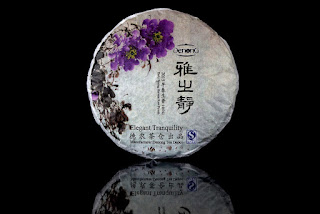 I discovered Denong Tea at World Tea Expo last year where I fell completely in love with their Enchanting Beauty. So much so that I told everyone about it which led to them selling out by the time I went to grab some to take home. I got this tea instead. All I can say is, best consolation prize ever!

The cake survived the trip home from Las Vegas very well. I must confess to waiting a pretty long time before opening it. Part of that was because Denong Tea was kind enough to send me samples of some of their teas. Another part was because the wrapper was just too pretty. Once I finally brought myself to open it I found that the cake was loosely compressed with leaves that were mostly whole. Some of them were downright fuzzy (in a good way).

This tea started out very smooth, almost surprisingly mild for a young sheng. I don't mean to say that it was weak because that wasn't the case at all. There was a definite bitterness but it was tempered by an immediate comeback sweetness in the back of my throat. It was so sweet that I'd almost think this was a Yiwu tea if I didn't know any better. It's actually from Jinxiu Village in Lincang. My initial infusions brought heady floral aromas and notes of wildflower honey. That gave way to a vegetal note akin to bamboo sprouts and a pleasing minerality. As tea cooled the mouthfeel became increasingly viscous. The leaves held up to an untold number of infusions. I even found myself steeping them the next day after a late night tea session.

I'd really like to see how this one ages but I don't think I'll be able to stop myself from drinking it on a regular basis. This cake was only opened a week ago and already has a sizeable dent taken out of it. At only $26 for 100g, this tea is a real steal and definitely worth picking up if you plan on placing an order with them. 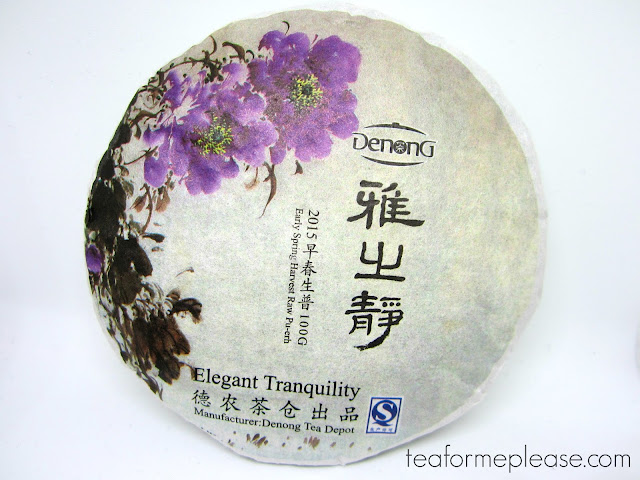 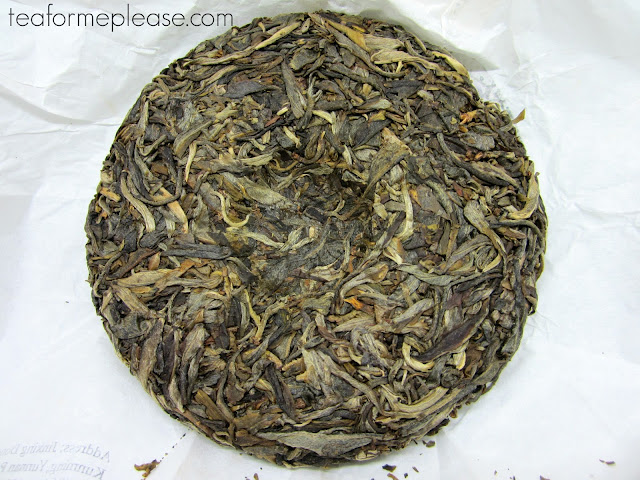 Elegant Tranquility from @denongtea is exactly what I needed tonight. It's even better when I'm in a video chat with some of my favorite tea folks 😆
A post shared by Nicole - Tea for Me Please (@teaformeplease) on Feb 8, 2017 at 6:17pm PST