Where is the Vada in my Vada Pav? 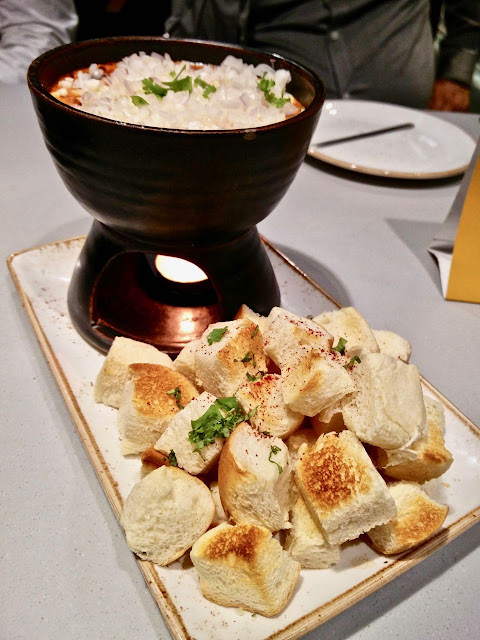 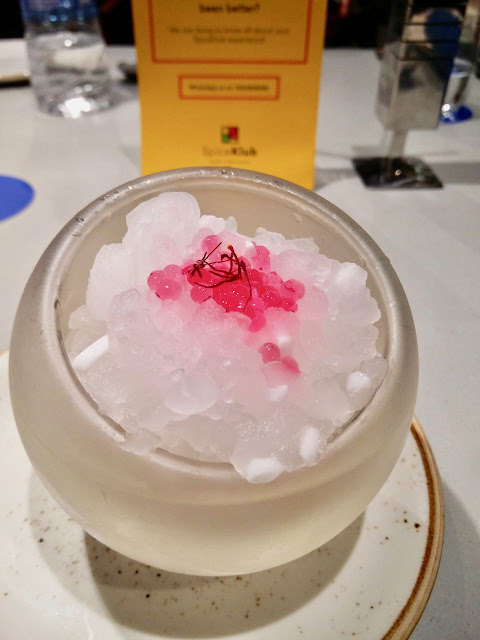 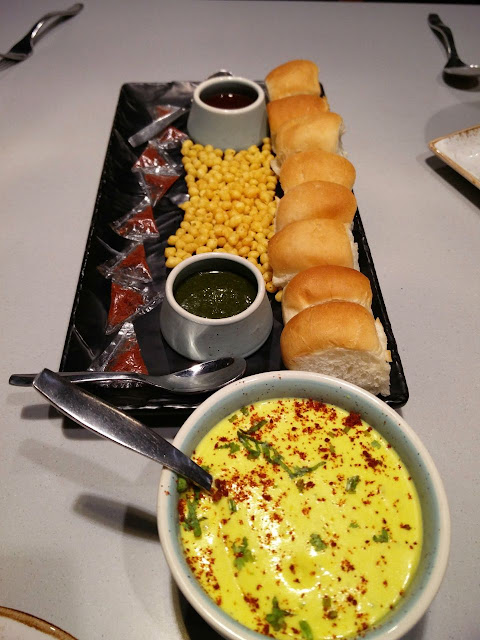 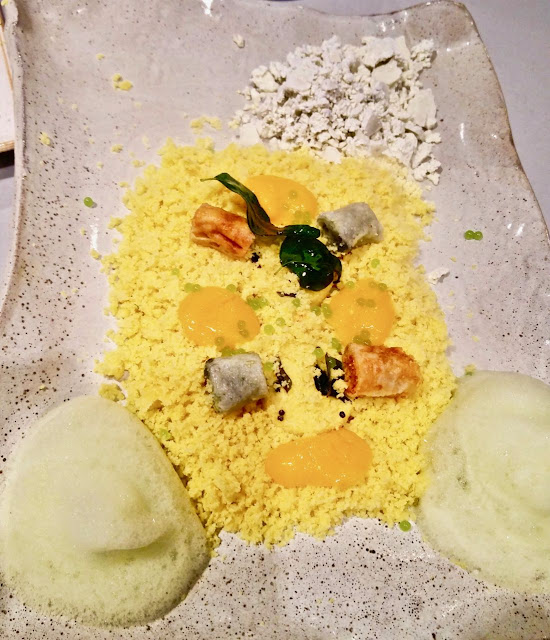 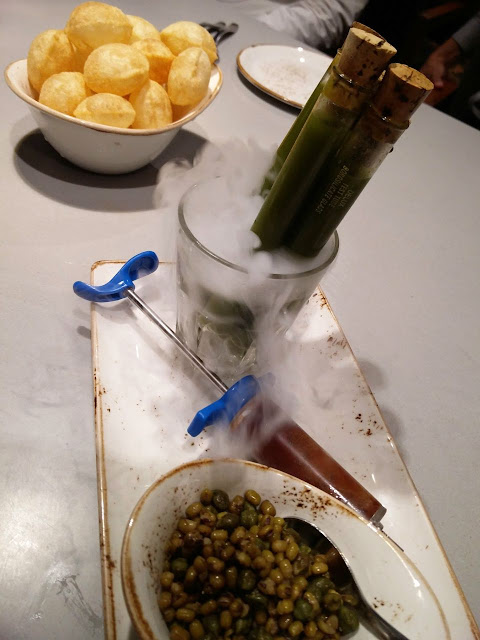 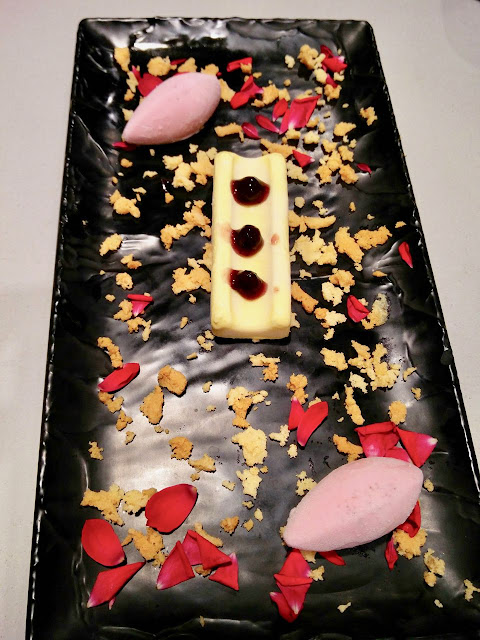 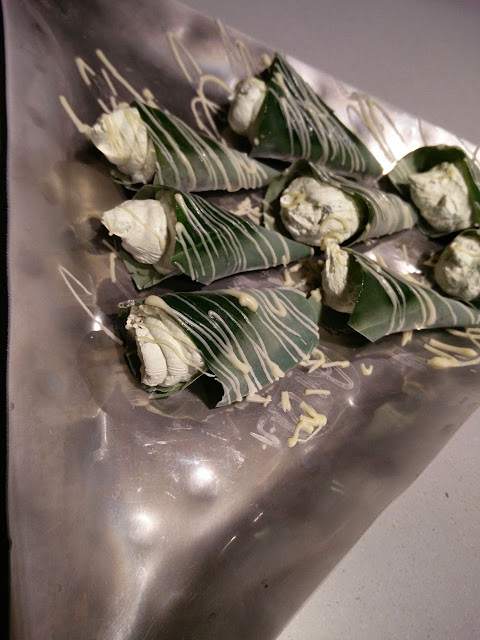 When a conversation starts with, "Let's go to this nice place. It's veg, but YOU MUST try it," I guess he forgot that I like good food. Vegetarian or non vegetarian, but good food. I think, I've put out such an image that I don't like vegetarian food! Anyways, I was determined to go when he followed it up with, "It's ok, no?"

The first look of the place doesn't reveal anything about the surprises I was going to encounter. When he said that he will order for me, I just let go. "One tender coconut water," he said to the waiter. "We'll order the rest when he comes," he said. We were waiting for another person to join us for a meeting.

The coconut water arrived with a spoon. A SPOON? I shook the glass and saw transparent liquid with a chunk of something on top, topped with what looked like caviar. He laughed. That is a trick glass, he smirked. The glass has water sealed inside it. The coconut water is frozen with some rose caviar, so you have to eat it, not drink it, he said. Oh gosh, not another liquid nitrogen place, I thought to myself. The 'drink' wasn't bad at all.

Pav Bhaji arrived with a fondue! A fondue of bhaji and super crisp bread cut up in bite size pieces to dip and eat. With loads of butter (I think), onions and a thick gravy, the spiced up hot bhaji simply soaked the crisp bread and slowly melted away in my mouth. The flavours were intact. If my eyes were closed, I would not have made out that it was served creatively.

The Vada Pav arrived. Plated along a long white plate were eight tiny soft pav sliced in the centre, 8 pieces of what looked like chilly powder in a plastic pack, some chutney, crisps and a bowl of something yellow. Vada Pav, my friend announced, laughing. Where is the vada?

The waiter came to his rescue. Please apply the green chutney on one side, the red on the other side, place the chilly powder, pour some vada and enjoy it sir, he rattled off, clearly trained to parrot the instructions. How do you pour vada? Vada is solid, dude? Where is the vada? The vada has been liquidated, he said. I followed instructions and I had a nice little vada pav in my mouth. Or should I say the flavour of vada pav in my mouth. It was a no vada, vada pav. Flavours perfectly intact, again. Somehow liquifying the vada (or making a potato chilly batter) didn't affect the flavours too much and it was an enjoyable dish.

Frozen and crushed dhokla was next, followed by pani puri with mint chutney in a test tube and sweet chutney in a syringe. Both slightly off with flavours, but creatively presented. When you liquify solids, why not solidify liquids? Our Rabdi was frozen and presented on a bed of rose petals, crumbed cake and rose ice cream. A Paan mousse finished our dinner.

We paid about Rs. 3200 for all of this for three, not very hungry people who were there to talk business. The food served as the perfect distraction! Service was prompt and attentive and the waiters have been trained to explain how to handle the food.

Located on road no 36, Spice Klub is a nice place serving good flavours in creative presentations. I'd probably go back once more to try out their main courses.

Best Variety Of Cakes To Relish

Adorable Gifts to Surprise Your Lady Love on Valentine’s Day

The Health Benefits of Herbal Teas

Where is the Vada in my Vada Pav?