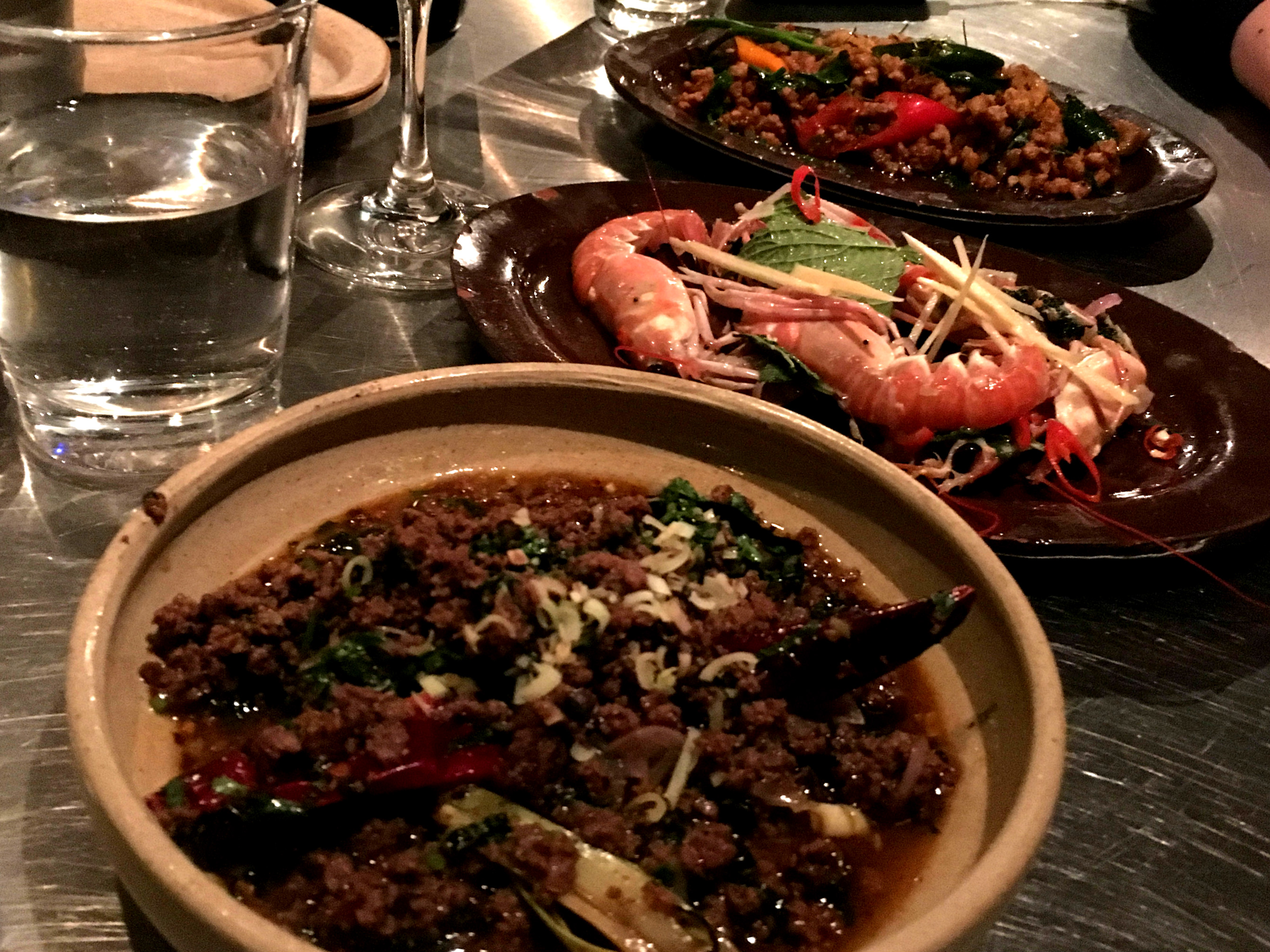 From the brains behindSmoking Goat (I loved it), comes a brand new regional Thai offering:Kiln, on Soho's Brewer Street, which incredibly has already earned a whoppingfive stars from Fay Maschler. Of course, she's completely on the money. Kiln, so-called thanks to its back to basics wood fired kiln cooking situation - no gas, limited electric, the whole shebang, sends out plate after plate of lip smackingly good northern Thai food from its teeny station. 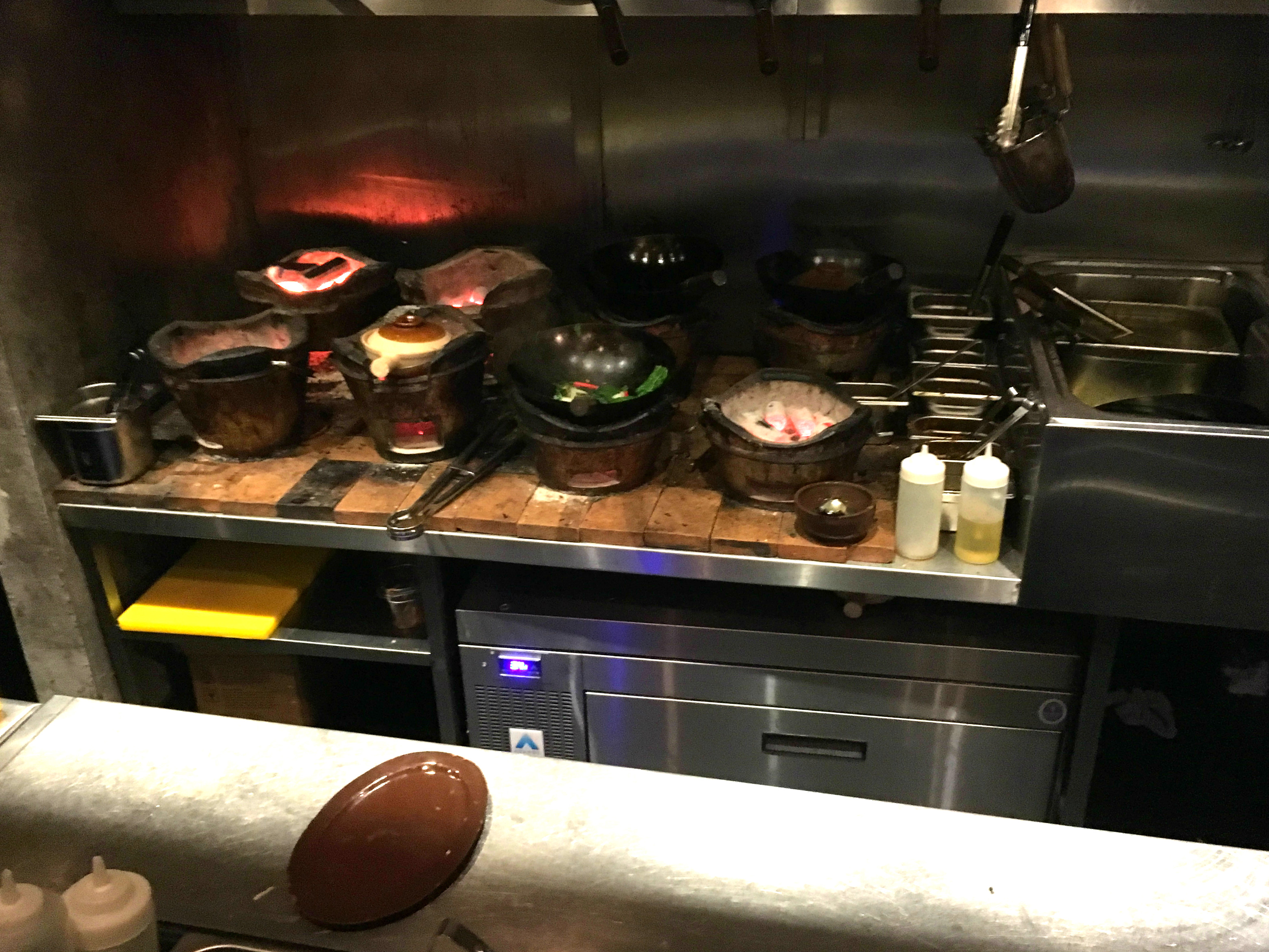 Tables are bookable in groups of four or more (erm, good luck) but the counter is where it's at so you can see the chefs at work. The menu changes frequently with a selection of small bites, curries and a Clay Pot noodle dish of the day. It's all delightfully imaginative and different, so don't go expecting tourist Thai fare. 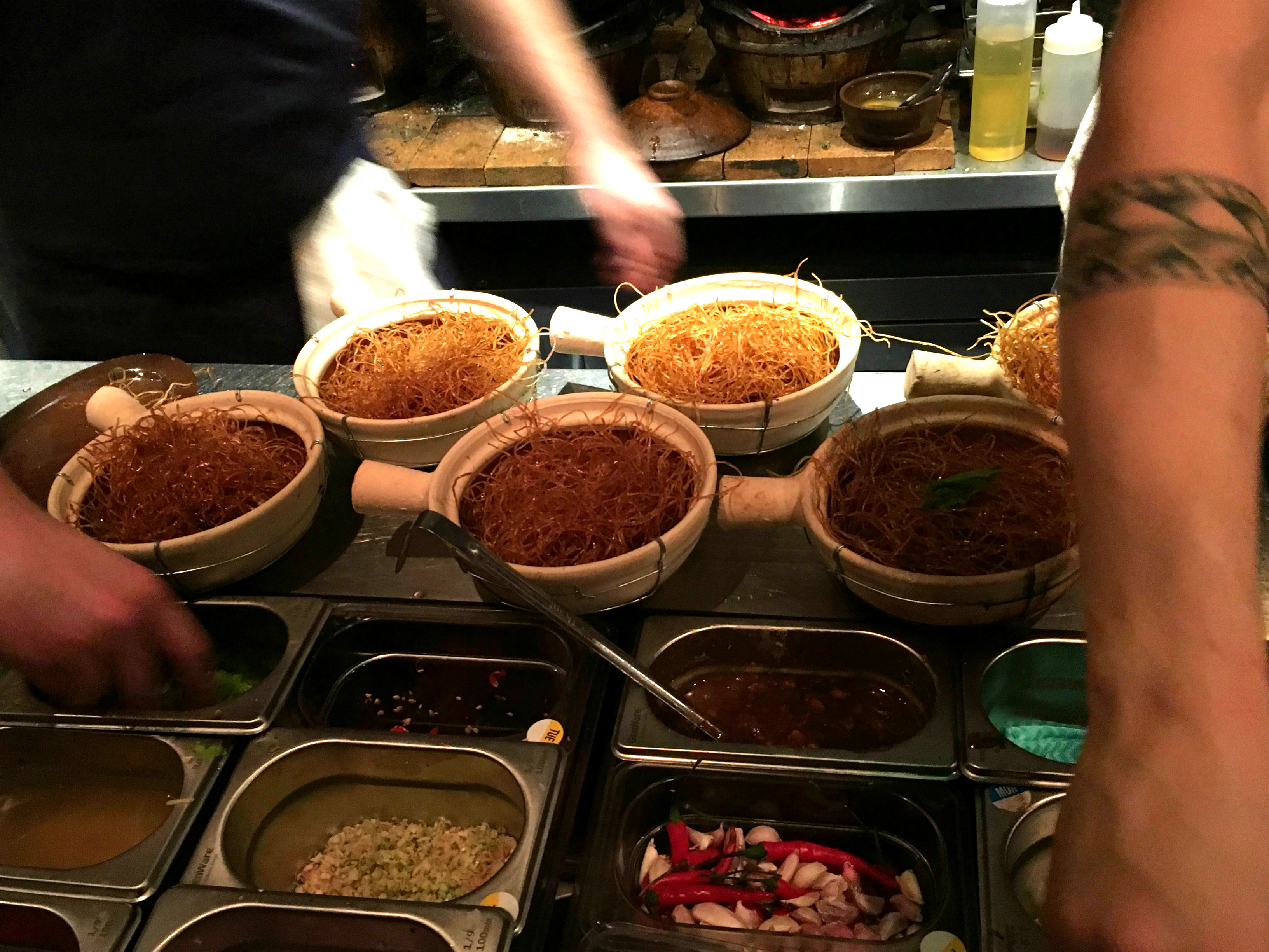 In our group of two on a miserable Monday night we were lucky enough to walk straight in at 7pm to a warm welcome (I'd already tried unsuccessfully for a 1pm slot on a Friday) but the place filled up quickly. On the advice of our waitress we ordered the Southern style dry curry of pork and basil, the ox heart laap, the langoustines and the Clay Pot Noodles of the day - all to share. 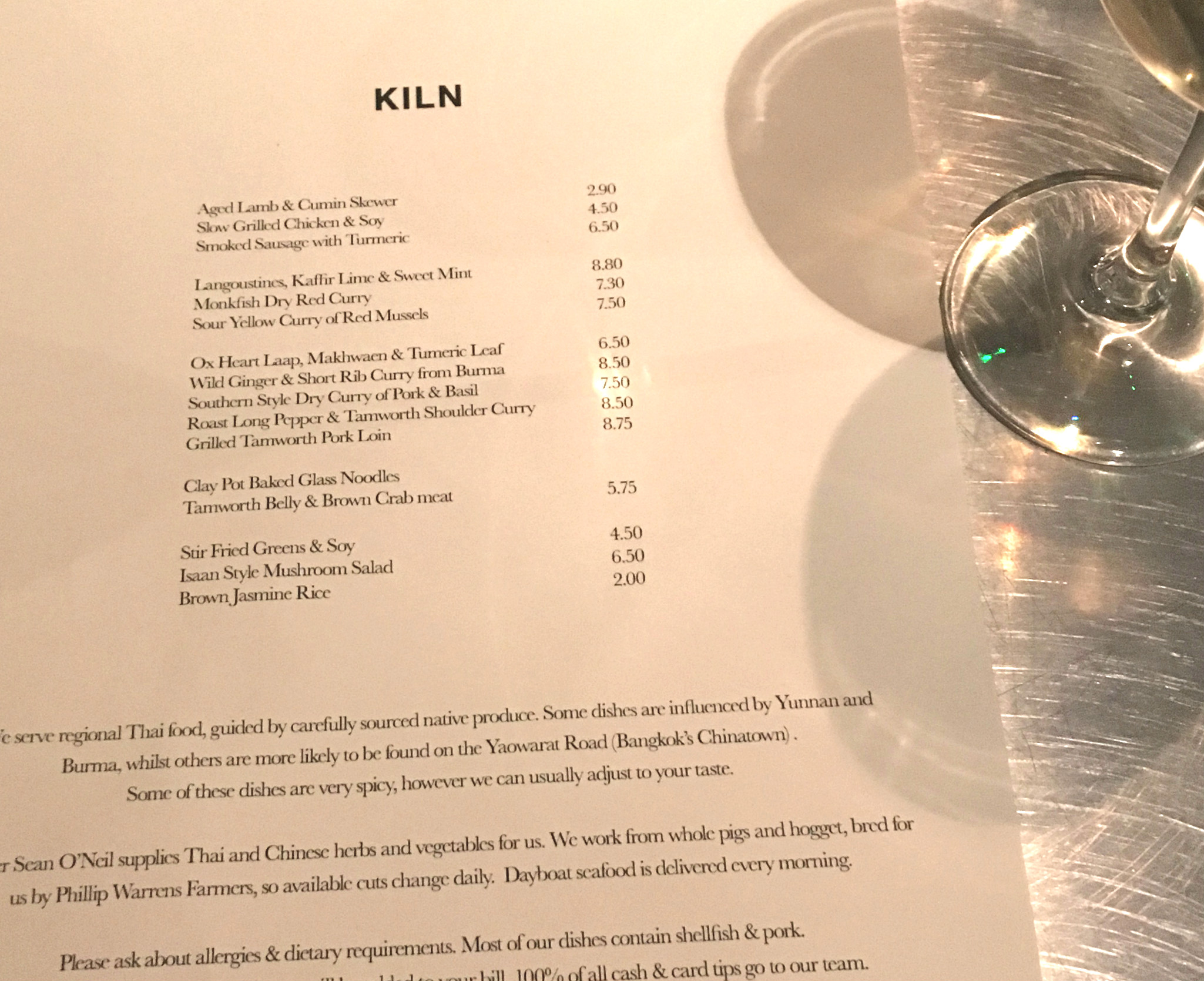 If I'm honest, the ox heart laap sounded more adventurous than its reality; it was a perfectly comforting, hearty platter of well spiced mince. And apparently 'laap' means 'salad', which is a tad misleading perhaps. It was also not remarkably different from the pork curry we'd gone for. 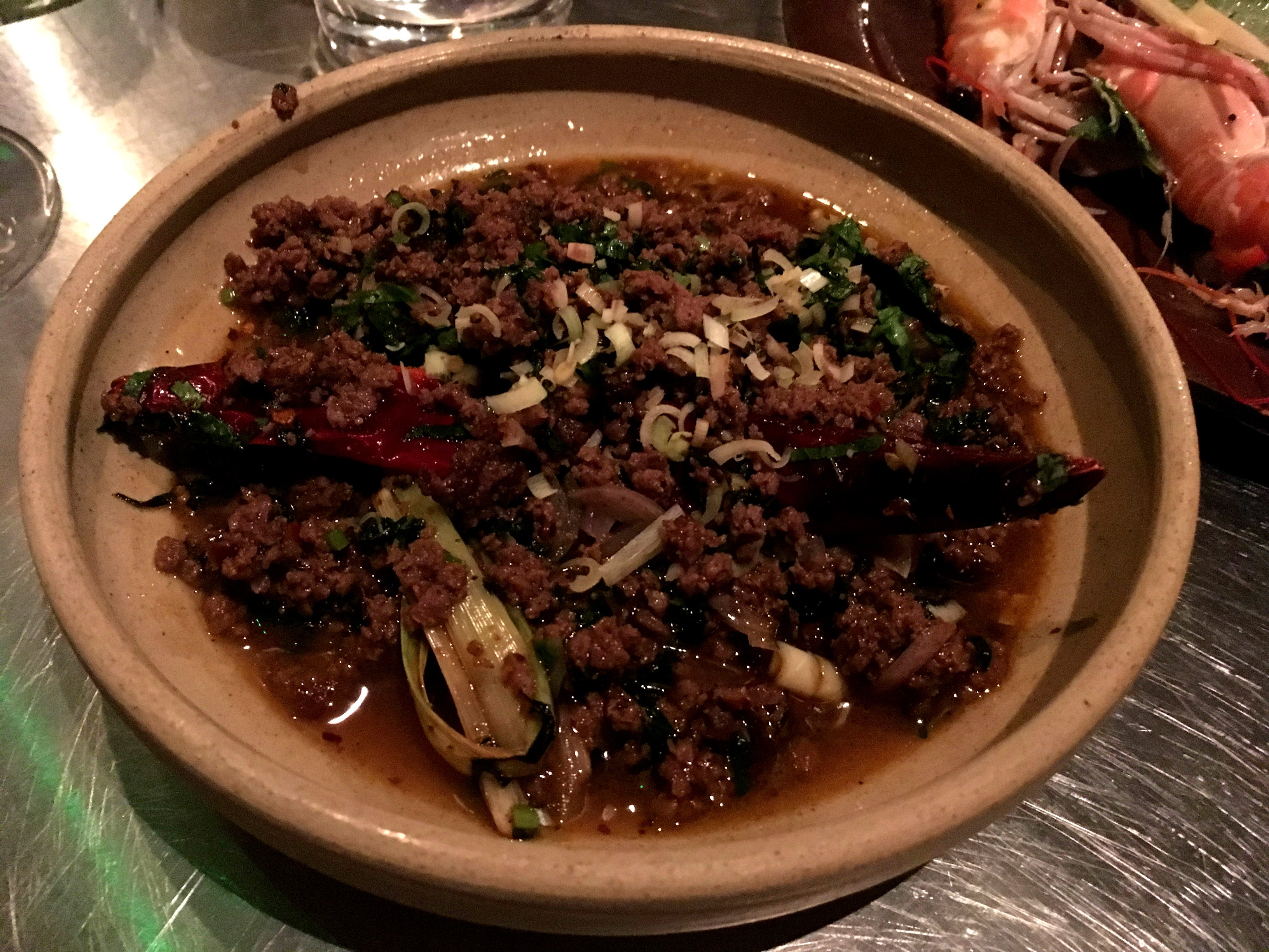 I don't know enough about regional Thai food to critique the dishes, save to say they were full of all of the hot, sour, sweet and salty flavours that we've come to expect and I would have next to no clue how to recreate anything similar at home.
More familiar - and dare I say, far more delicious - were the langoustines. Fresh, fat, and packed full of properly Eastern zing, these are a must order if they're on. I thought they were great value at £8.80 too, when I've paid the same for maybe two or three prawns some places I could mention. 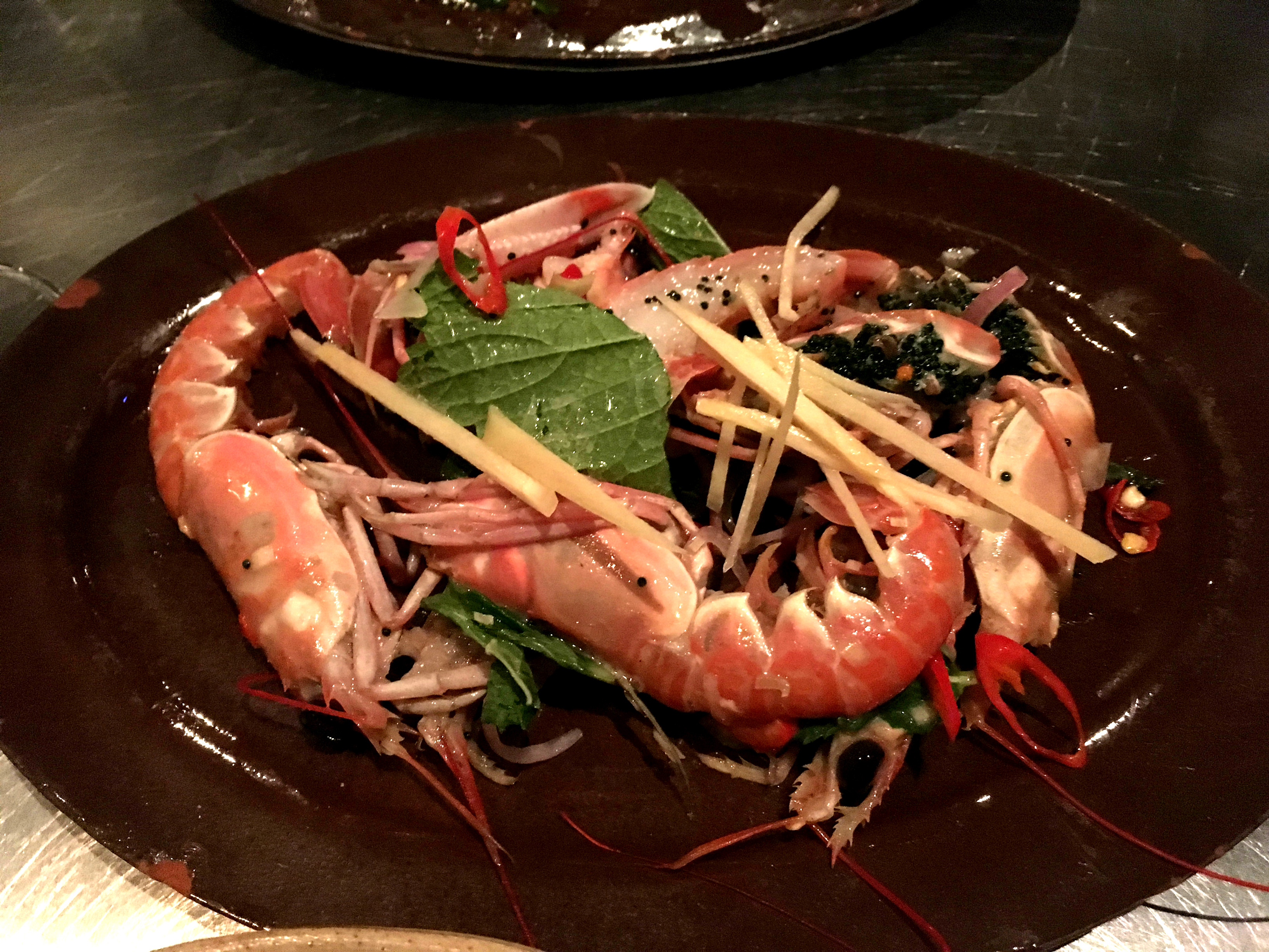 The clay pot noodles don't look much, but once that lovely little green chilli sauce is mixed in (to taste), it suddenly comes alive with the fatty salty pork and good whack of rich crabmeat. V good indeed. 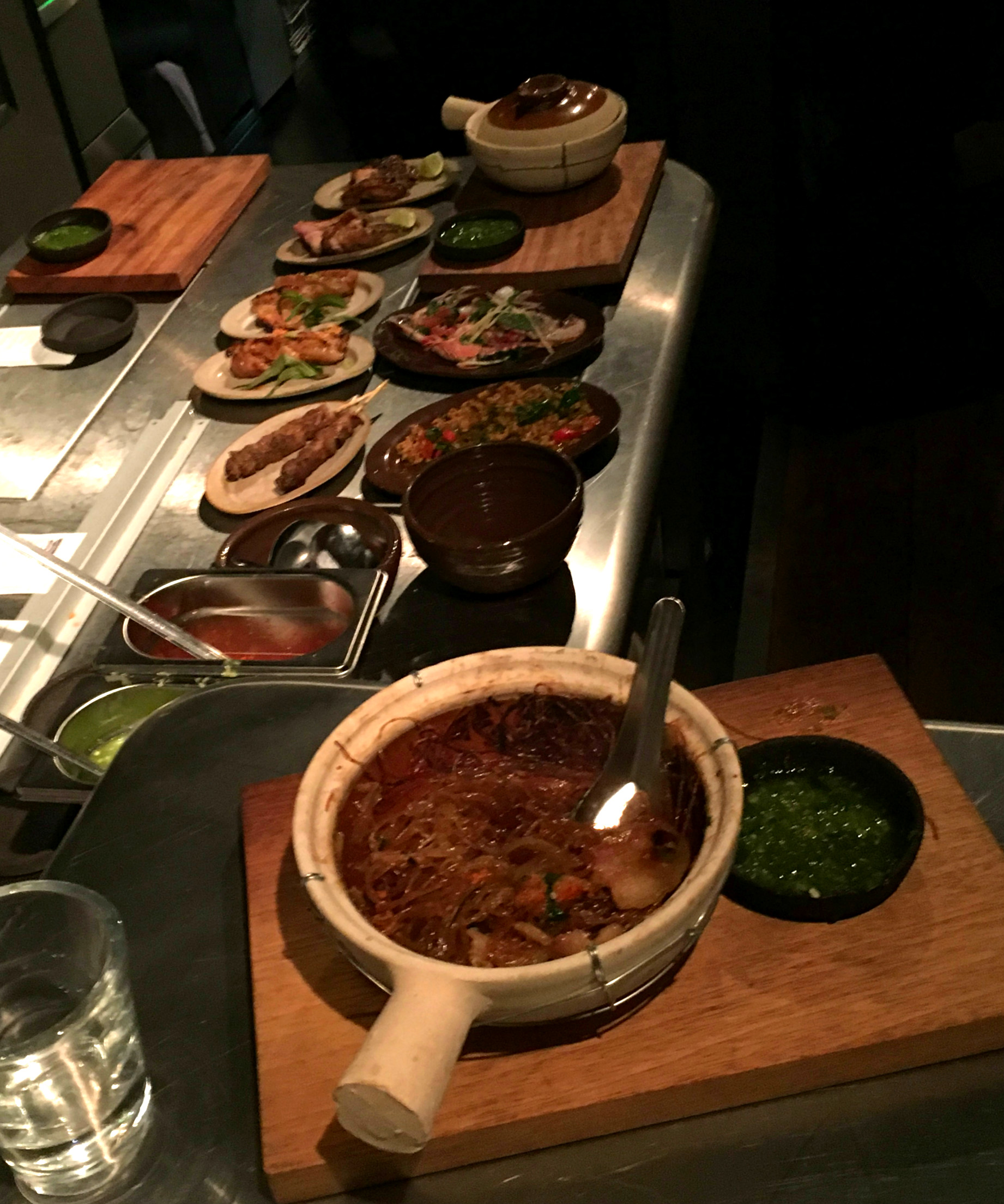 As ever, I can't remember how much the bill was but even with a bottle of delicious wine it felt reasonable. Go, if you can.