One of the problems about trying to eat more healthily is that, apparently, it means that you can’t enjoy all of your favourite foods. One cuisine that takes a hit is the Food on offer across the pond, over in America. American food is famously delicious. Unfortunately, it’s also famously full of sugar, salt, fat, and all things nice. Isn’t it?

Is this reputation earned? Or is it the same kind of fallacy that suggests that all British food is bland and tasteless? 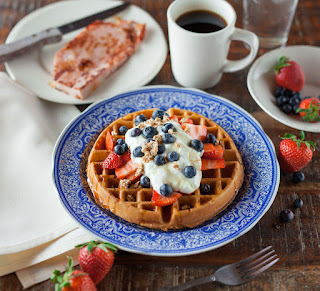 How to prepare mango leaves for diabe…
Martha Millan Interview: Fiona’s secr…
Slot Canyon Utah Guide: 15 Best Slot …
Chile may be the next Latin American …
What do search robots do?

What Is American Food?

When someone says “American cuisine”, what do you think of? Burgers, hot dogs, barbeques, and so on? But if you go back in time just a couple of hundred years, then it becomes abundantly clear that it’s not quite as simple as that.

America is a new country, and the food that makes up American cuisine is essentially a mix of all the cuisines that were taken over there and the food and produce that is native to America. You can even track events in American history through classic food if you were so inclined.

But what does this mean for us? Well, it demonstrates that “American cuisine” is a far more varied beast than we give it credit for. So, for every unhealthy meal you spot, there are likely more perfectly healthy meals that are eaten every day. Maybe it’s just a case of finding a new favourite American food. Rather than always going for the well-known American food that you know and love, consider some lesser-known classics.

The thing is, you can still emulate your favourite American flavours in a healthier parcel. Let’s say that you love the classic Southern barbeque taste, but you don’t love the idea of eating a lot of fatty meat to get to it. Well, there’s a way around that.
Making Unhealthy Food Healthy

When you make food at home, you have control over whatever you put into it. For many people, the first step to eating healthily is to cook more meals, rather than ordering in or buying ready meals. Once you can see the amount of sugar, salt, and whatever else going into your dinner, you tend to use a lighter hand than a restaurant would.

When it comes to American cuisine, this principle doesn’t change. For example, the Philadelphia Cheesesteak is a classic American sandwich, filled with a delicious mix of steak, cheese, fried vegetables, and spices. When you make it yourself, you can dial down on little things, like the amount of cheese or oil that you use. It’s just as delicious, but that bit healthier.

What if you want to go a step further? Maybe you want the feel and flavour of your favourite dishes, but in a far less calorific form. In this case, you can use the seasonings and building blocks of flavour, but for a different kind of meal.

If we revisit our delicious barbeque, you can always replicate the flavour by using a spice mix in your meal. Even something very basic like chicken breast, rice, and steamed vegetables can be leveled up with good seasoning.


This post first appeared on Sugar Pink Food, please read the originial post: here
People also like
How to prepare mango leaves for diabetes
Martha Millan Interview: Fiona’s secret on The Cleaning Lady
Slot Canyon Utah Guide: 15 Best Slot Canyons In Utah
Chile may be the next Latin American country to embrace Bitcoin and other…
What do search robots do?
Karen Wiesner: I Have Dreamed a Little Dream (Authors and Dream Inspiration), Part 2
Areola Reduction Surgery: Cost, Procedure and Complications Best Guide