The Next Idea Restaurant and Food Forecast for 2019 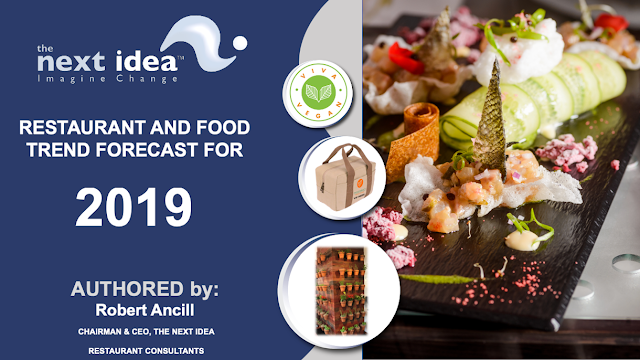 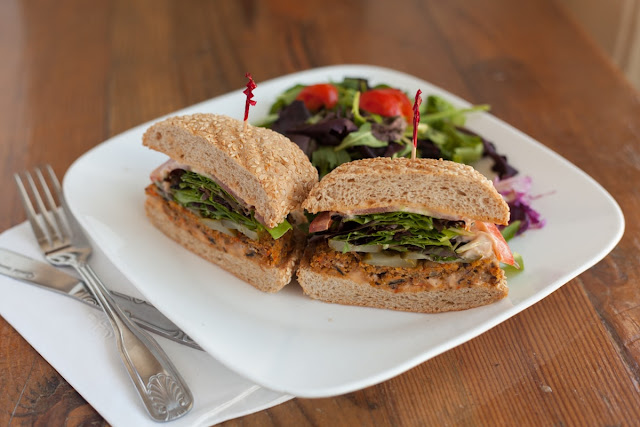 Not even ten years ago, vegan cuisine was generally considered fodder for hippies, yet in 2019 it is undoubtedly the prevailing overall culinary trend in the US.
The Vegan landscape now includes established restaurant brands; Veggie Grill, Amy’s, Native Foods, Southern California-based Plant Power, and recently re-named Viva Vegan, to name a few. All have all demonstrated the power of this trend and are experiencing above average market growth.
However, the carnivore brands are fast jumping on the bandwagon; Carl’s Jr. announced it was launching a burger made with a Beyond Meat [vegan] quarter-pound patty. White Castle now sells its plant based Impossible Sliders in all of its 377 locations, Del Taco has expanded its Beyond Taco trial to over 20 of its locations, and McDonald’s has been introducing a Vegan burger in its international markets and is eyeing the US market to launch in 2019.
This trend has been fueled by consumers eating less red meat combined with the discernible health benefits and product innovation. What is interesting is that there is not necessarily a significantly elevated vegan population, instead there is a new consumer breed widely known as a flexitarian.
The label ‘flexitarian’ has been applied to the consumer group who purposefully interchanges between eating meat and vegan foods.
In order to be familiar; vegan restaurant and food brands are taking traditionally meat-based products, such as burgers, pizza, and tacos, and converting them into a plant-based alternative.
Take *Viva Vegan’s menu for example. They offer a Famous Works Burger, a blend of 27 plant-based ingredients, and spaghetti and meatballs, which includes gluten and soy free pasta with bean and grain-based meatballs with a plant-based sauce.
Some Statistics
Of course, given TNI is a Los Angeles based agency, it would be amiss if we didn’t discuss our Hollywood friends – Ariana Grande, Zac Efron, Gisele, Ellie Goulding, Natalie Portman, Daryl Hannah, Woody Harrelson, and mega star, Beyonce, are all self-declared Vegans.
The Future...
Veganism will grow exponentially. For example, the *global meat substitutes market is expected to generate in excess of $5bn in revenue, representing compound annual growth (CAG) rate of 8.4% between 2015-2020. ** Vegan Cheese has forecasted global sales of around $4bn by 2024, a CAG of 7.6% from 2016 to 2024.
Expect vegetable versions of kung pao chicken, charcuterie, cured heirloom carrots, sushi, tacos, and even steak.
2.         Food as Medicine 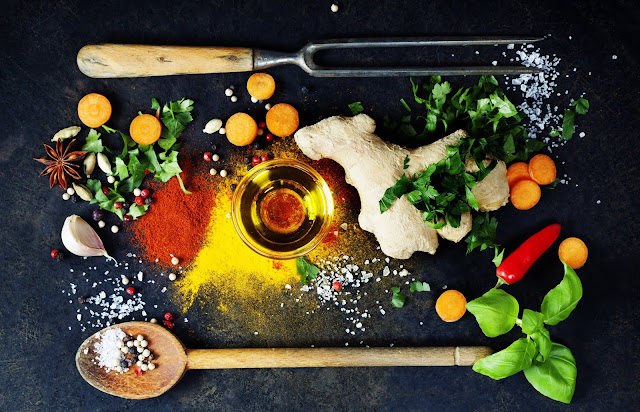 We are what we eat – and consumers now know this! The Food as Medicine philosophy aims to manage or even cure chronic illness by changing what people consume. Nielsen reported in 2018 that 39% of American households have someone who suffers from a particular ailment. The US aging population is increasing, chronic diseases will only grow in the coming years. However, rather than relying 100% on prescription and over-the-counter medicines, a growing base is looking at natural remedies that include very precise culinary diets and nutrition plans. 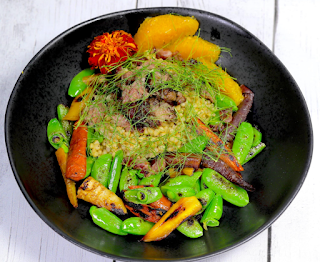 The food as medicine trend derives from consumers taking greater personal responsibility for their own health and wellness. Food production and food service industries have responded favorably by providing healthy and sustainable food that has made the healthier food choice the easiest one. For example, Hormel and Nestle have both announced their intent to develop nutritional products that will help their customers manage any personal ailments. AREEA, a biotechnology business, has produced a ready to drink beverage containing an enzyme that detoxes the body from daily pollution effects. In January 2019, Phood Farmacy, a brand committed to food as medicine launches its first virtual kitchen in North Hollywood, California. Phood Farmacy offers a spectrum of exciting yet nutritionally infused meals in addition to specific medical condition-based meal plans. All meals are made from clean ingredients combined with comprehensive nutritional planning.
“Naturally Functional” is a new buzzword behind the success of many foods now known as “Super Foods” such as blueberries, pomegranate, chia seeds and goji berries, to name a few. This endorses consumers search for foods and ingredients that they perceive as naturally healthy and provide essential health benefits. 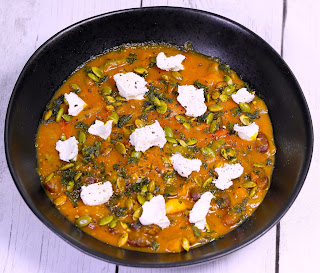 Food education and mindfulness have become growth trends for 2019, mainly through the accessibility of information, but also through food hubs and online communities such as Food + Tech connect, and the Food Tank. Thus, consumers now understand the nutritional value of natural food ingredients and how each ingredient reacts with themselves specifically; consequently, they are seeking out specific ingredients to assist in their personal wellness and being.
The concept of Food as Medicine will permeate throughout the industry as consumers, therapists, and doctors increasingly appreciate the relationship between food intake and  wellness.
We should expect to see prescriptions of specific diets of foods and recipes that enhance the healing process, elevate immunity, and address specific medical conditions with patients.
Examples of high value foods include:
Many “medicinal” foods such as apple cider vinegar, kefir, and turmeric are now mainstream. This trend is young; many more foods will reach the forefront as consumers seek out natural remedies for conditions like inflammation, fatigue, digestive issues, joint pain, depression and the multitude of other medical conditions that can be supported by a specific mix of foods and natural supplements.
3. Entomophagy, Consumption of insects 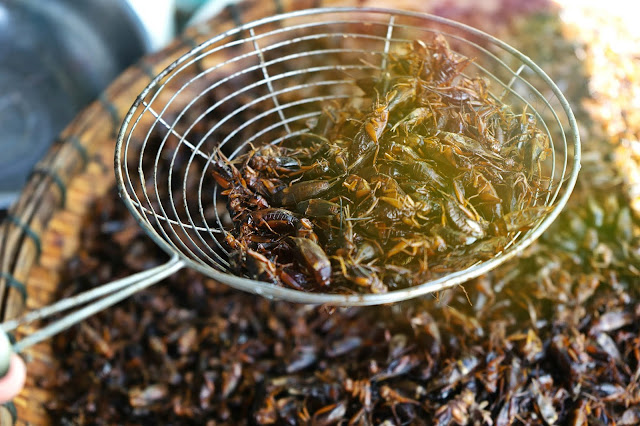 As the planet journeys towards a population of 9 billion people, the food industry is driven to unearth new and sustainable food sources. Insects represent a relatively untapped food-type in the west yet are established in diets or snack culture in other parts of the world. For example, in parts of central Africa, around 50% of protein is derived from insects. During the springtime in Ghana, when food is scarce, Ghanaians rely on termites as their main source of protein. Thailand’s popular Jing Leed is deep-fried crickets with a soy based dipping sauce. Thais also love snacking on grasshoppers, crickets and woodworms. In Mexico, chicatanas, or pan-roasted ants with lime, are as mainstream as tacos. Edible insects contain high quality protein, amino acids and vitamins, and even mass consumption has a small impact environmentally.
Companies like Entocube provide technology to farm insects and process them as an ingredient to the food industry and Bugsolutley produces cricket-based pasta. Presently, crickets are the most common insect type being used in the US. Mainly for the production of cricket flour and protein products. However other insect types are also expected to become available, including caterpillars, different beetle species, and larvae. Even termites are under experimentation.
In the US, Meat Maniac, a Texas based company, provides a broad range of insect based snacks, such as: hot Mealworms, Emperor Scorpions and Earthworm Jerky. The entomophagy trend is still in its infancy in the west, however it will gain traction and expect to see this sector exceed revenues of $1bn by 2025.
4.         TBC and THC infused Products
Cannabis is still illegal at the federal level, and due to its classification as a Schedule 1 drug the amount of research that can be conducted in this sector is limited. However, as cannabis is legalized state by state, the overall industry continues to grow at a profligate rate. This has resulted in the augmentation of cannabis-based edibles, oils, and beverages.
Given the presently unclear federal position on the future legalization of Cannabis, national statistics are unclear, nevertheless we only have to look at the market and product availability to identify the escalating trends in cannabis and cannabis infused products. There is now a swath of CBD infused confectionary, with brands like Camino and Dr Norm. Mixed CBD and THC infused products include: brownies (of course!), mints, cookies, cakes and chocolate bars.
The cannabis infused beverage sector is also anticipated to grow in 2019. Yet beverage market share is predicted to be less impressive until 2020 or 2021. By 2022 this market is estimated to be a $600 million business as larger manufactures tweak and launch their products.
2019 will also experience a new wave of cannabis cafes and lounges in various states. Notably in 2018, West Hollywood approved a range of cannabis cafes and consumption lounges to open in 2019. The City spent 7 months screening over 300 applicants for highly-coveted cannabis licenses, setting a new bar in cannabis recreation and starting a new wave in cannabis tourism.

The Next Idea Restaurant and Food Forecast for 2019

Subscribe to The Next Idea : International Restaurant And Food