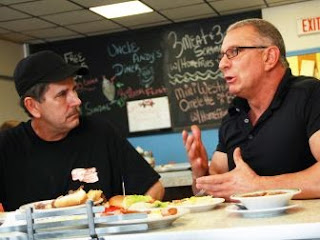 Uncle Andy's Diner in South Portland, Maine which appeared on season 9 of Restaurant: Impossible has closed.  In the beginning of May 2020, the restaurant posted the following message on Facebook, "To our uncle Andy's family. With heavy hearts we will be closing our doors May 31st. As much as we would love to stay open for all our loyal customers, there is no other way. As our last option was the PPP Loan which we did not get, So under these circumstances we are unable to stay open past May 31st. For the last 18 years we have enjoyed serving your family and watching them grow. We will miss you all. Dont forget you have until May 31st to get your Hash, your shaped Pancakes, and dont for get the jokes"
A local article also said that Uncle Andy's being closed for sit-down diners due to government regulations devastated the business.  Owner Dennis Fogg said being on Restaurant Impossible did help the restaurant, but he decided to close to try to avoid major debt.

At the end of May, when the restaurant closed, they posted, "That's all folks! THANK YOU to all of our supporters, friends, family, and customers over the years. We love and appreciate each and every one of you.❤❤❤ We invite you all to follow Dennis Fogg Comedy and come see Dennis in his natural habitat, making a fool of himself in front of strangers."