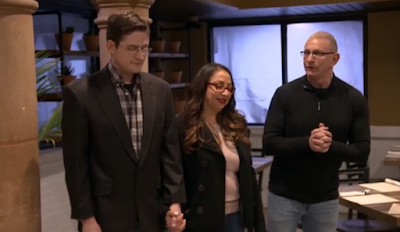 Tonight on Restaurant: Impossible, Robert Irvine and his crew are in Houston, Texas to makeover Habanera and the Guero. Habanera and the Guero is being destroyed by the owners constant fighting and is on the verge of closing within a month. Robert Irvine will have to convince the owners Vanessa Lomeli and Ben Downing to concentrate on the restaurant in hopes of saving it.

Other News and Links:

The reviews for Habanera and the Guero since the Restaurant Impossible makeover have been mostly positive, but they were also positive before the makeover.  Everybody seems to love the food, drinks and decor.  There were a few negative comments about the prices for the portion size.  It seems that even the positive reviews talk about the bad location and the fact that the restaurant doesn't look like much from the outside.  Maybe being on Restaurant Impossible will make more people willing to try it out despite its location.