Cheese Fatayer is a Lebanese cheese pie that is mixed with feta & mozzarella cheese and parsley. It is a popular breakfast or snack in Lebanon, Jordan, and other Middle Eastern countries. 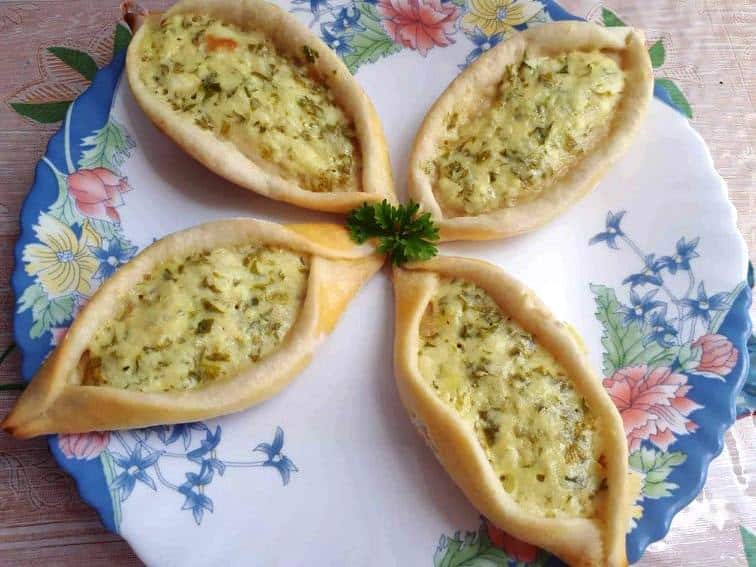 While living in Kuwait and Jordan for the past 18 years, I have tried many delicious fatayers and Middle Eastern pizzas, which include meat, spinach, and Cheese pie. These breads are perfect to make during Ramadan, Eid holidays or special occasions. Out of all the middle eastern pies, the cheese is my favorite.

Cheese fatayer is made from dough similar to pizzas and pita bread. The cheeses, parsley, and egg are mixed in a separate plate bowl before you topped it into the pie.

This fatayer can be shaped into an empanada or sambusa style, where it is fully covered. It can made it into a boat shape, where the center of the pie is uncovered. In this recipe, I prefer to make my cheese fatayer into a boat-shaped since it is easier for me.

Difference between Arabic and Turkish style?

This fatayer is an Arabic style which I am using feta cheese that is a bit salty. Also, the size of my pie is smaller compared to the Turkish version.

In Turkey, this recipe is called a Pide instead of Fatayer, which is mix with Cheddar and Mozzarella cheese. Furthermore, their pide is big and not as salty as the Arabic style.

Recipe Ingredients for the Topping 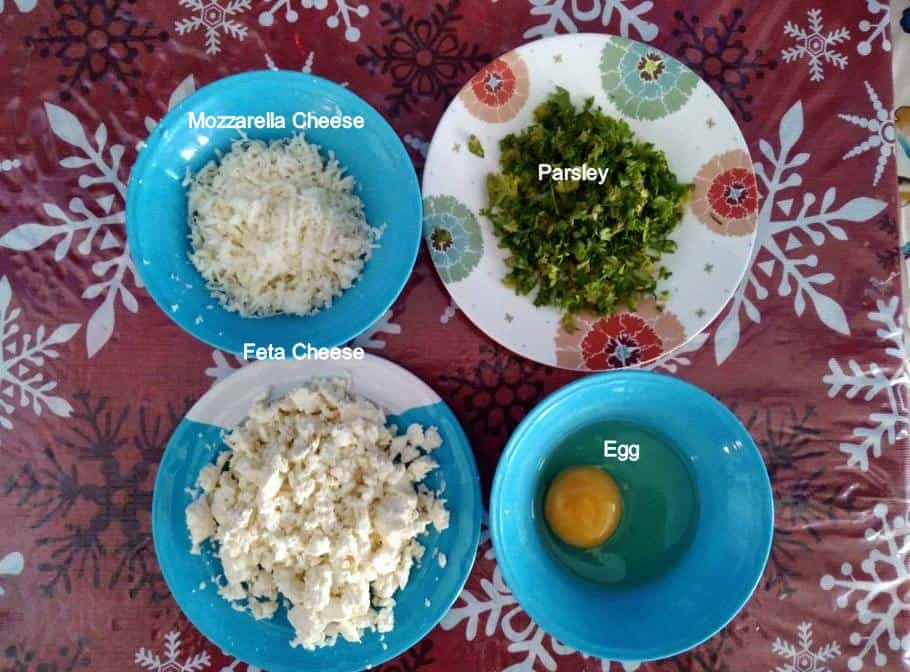 Here are the important ingredients I used to make my cheese fatayer recipe:

Cheese: The cheeses I used in this recipe are Feta and Mozzarella cheese. You can alternatively use Akkawi instead of Feta.

Herbs: To add some herbs to the cheese, I use parsley, which I mix it with the cheese.

Egg: The egg is important because it serves as a binding agent when combining with cheese and parsley.

Recipe ingredients for the Dough

The ingredients to make the dough for the fatayer are similar to my pizza, flatbread, and pide recipes. Here are the ingredients I used to make my dough:

How to make the Dough

To make the dough of the cheese fatayer, I first mix with yeast, warm milk/water, and brown sugar in a large cup. Set aside.

In a large bowl, I add the all-purpose flour, olive oil, salt, and yeast mixture. Mix using the large spoon and then knead using your hand till it turns soft and fluffy After that, cover the with a plate or towel and leave for 1 to 1 1/2 hours to let the dough grow.

How to make the Cheese Topping

While waiting for the dough to grow, I use my remaining time to make a cheese topping for my fatayer.

In a large plate bowl, I add the shredded feta & mozzarella cheese, egg, and chopped parsley and mix it together. I set aside until the dough is done.

How to Assemble the Fatayer

When the dough already grew in size, transfer it to a clean table. I roll the dough to make into a long cylindrical shape, which I use the knife to divide into smaller pieces. Furthermore, make sure you shape each of them into a ball shape.

To make a fatayer, I use the rolling pin to make it into an oval shaped dough. Also, make sure you don't make it too thin or big, for this will break the dough.

To add the topping, I add 1 1/2 teaspoon of cheese mixtures in the dough, and I spread on all sides. Next, I fold them on all sides and squeeze them at each end of the side to make a boat-shaped dough.

Lastly, I brush each side of the dough with egg wash before I transfer them into the oven. Bake it for 200 C or 390 F for 15 minutes and you are done. 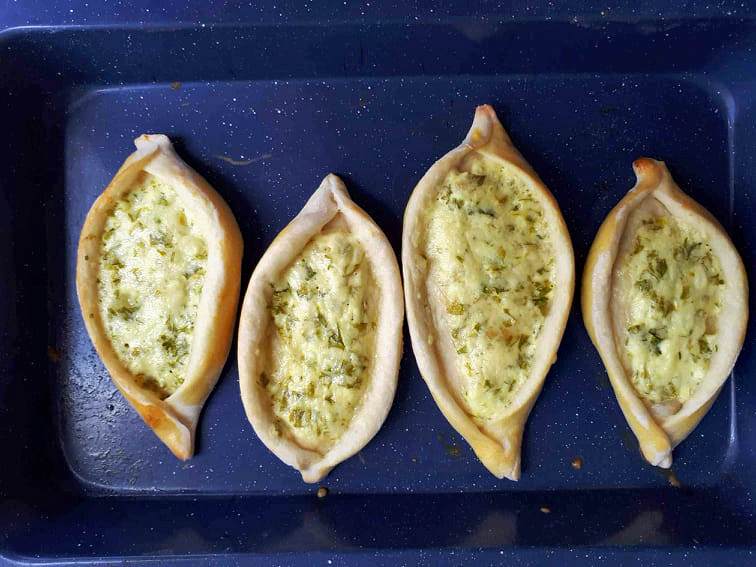 1. Can I add other herbs or vegetables in my fatayer?

Aside from parsleys, you can add mint or spinach, which they blend well with the cheese fatayer

2. What other cheeses I can use in this recipe?

In the Middle East, we use a Levantine cheese called Akkawi cheese. However, because it is rare to find in other countries, I use Feta cheese which is popular alternative to Akkawi. In addition to that, you can use other cheeses like Mozzarella or Cheddar.

3. What can you serve this fatayer with?

This cheese pie is rarely eaten alone and it is served during breakfast or snacks with other foods. We usually serve it with hot tea and other breads/pie like zaatar manakish, spinach fatayer or mini pizza.

4. Can you store in the fridge for later use?

You can keep it in the fridge for up to 5 days without worrying about the fatayer getting spoiled. However, to last longer, I recommend in the freezer since it can store up to 2 months.

5. Can I make my cheese fatayer into a vegetarian friendly recipe?

I cannot make this recipe vegan-friendly since it contains cheese. But, to make into vegetarian-friendly, you can use olive oil instead of an egg when combining the cheese and the herbs. It can serve as a binding agent.

Here are other related bread or dough-based Middle Eastern recipes that you may be interested: 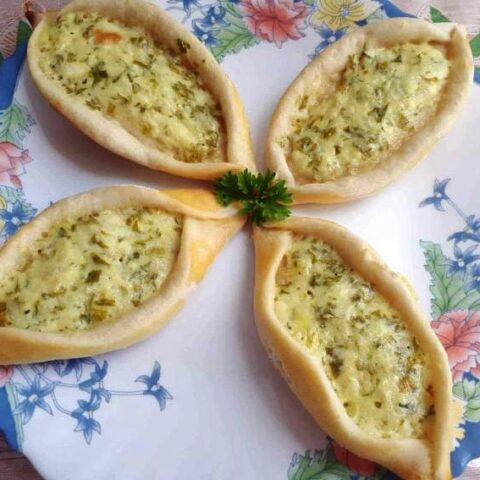 Ingredients for the Dough

To make it vegetarian friendly, you can use olive oil instead of egg

Did you make this recipe?

The post Cheese Fatayer Recipe appeared first on The Odehlicious.