Make yummy and crisp Onion Kulcha at home with step by steps and video. Onion kulcha is a popular stuffed flatbread made with a fillings of spiced onions inside a all purpose flour dough. 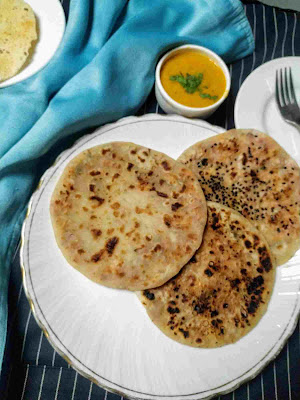 What is onion kulcha ?

Onion kulcha is a stuffed kulcha, a variety of popular kulcha recipe. Finely chopped onions are seasoned with some slices like cumin, chilli , chat masala and coriander leaves. This spiced onion fillings is then stuffed inside a leavened dough ball and cooked inside a charcoal tandoor.

The dough for kulcha is made from all purpose flour (maida), salt, yoghurt and ghee.  Yeast can also be used to leavened the dough. But in this recipe I have used yoghurt for that.

Yogurt also add a nice flavour to the kulcha. Carom seeds (ajwain) is another ingredient which is used in this recipe. Some recipe suggest to use it in the fillings but we at restaurant used it in the dough.

Ajwain has many health benefits. And one of is it helps in digestion.

Generally kulcha are made with all purpose flour but you can use whole wheat flour as well to make onion kulcha. 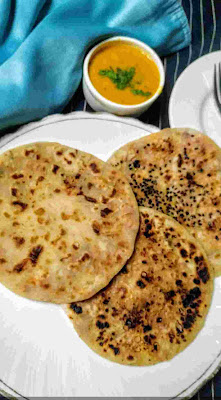 If you love onion kulcha recipe then I am sure you would love the recipe of amritsari kulcha as well.

To make the dough for onion kulcha, take the all purpose flour in a mixing bowl. Add the yoghurt, carom seeds, salt and ghee or butter.  Give everything a good mix and then pour water little by little to make a soft palpable dough.

You don't need to add any baking soda or Yeast to make the kulcha dough.

Apply some cooking oil on the dough and knead further for one minute. Cover and keep aside to set for 10 to 15 minutes. 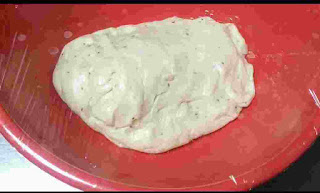 Finely chopped onions and coriander leaves. If you want to make it little bit more spicy then chopped two green chili as well. 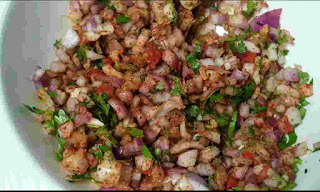 Don't keep the fillings left  for more than 3 minutes otherwise onions would released moisture and the resulting stuffed dough might break down while rolling.

If the onion released moisture then drain them using a kitchen towel. It is good to stuff them immediately.

Divide the dough into small equal size parts. Roll them in between the palm of hands to make round shaped balls. 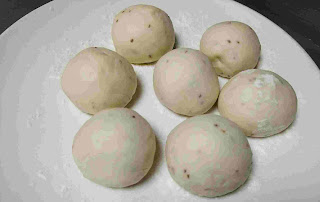 Flatten them either by using hands or a rolling pin. Place 2 teaspoon of the fillings at the centre of the flatten dough. 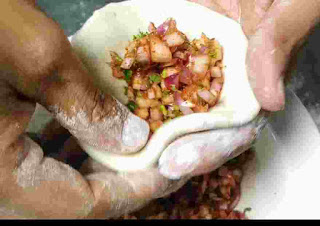 Gather all the edges and pinch so that the fillings are sealed. 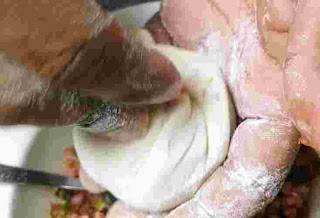 Traditionally kulcha are cooked in an oval shaped charcoal tandoor till they become crisp golden.

But we can make those crisp restaurant style onion at home using a tawa or pan.

Heat a pan over medium heat flame. When it become hot lower the flame to low.

Take one stuffed dough ball and dust with flour on both sides. Slightly press and start to roll with a roller pin.

Make a round shape medium size kulcha. Don't roll it too thin. 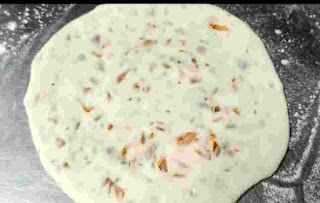 Now place the kulcha over the pan and increase the gas flame to medium. 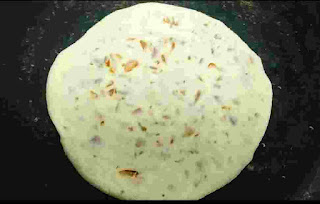 When small bubbles start to appear flip it to another side and cook further.

Now apply some butter or ghee and flip again. Similarly apply on the other side also. 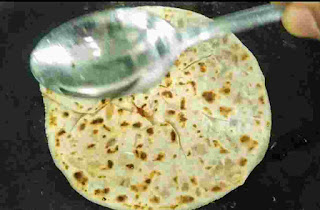 Cook for 3 to 4 minutes or till both sides become nicely golden brown and crisp. 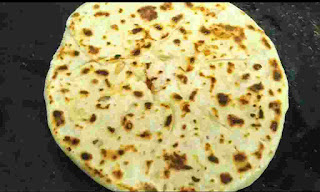 Remove and similarly make more kulcha with rest of the stuffed balls.

In restaurants this kulcha is cooked in a preheated tandoor. The stuffed dough ball is flatten between the palm of hands and then with the help of a roti pad placed inside the tandoor.

When become crisp golden it is removed by a shewer. After brushing some butter it is serve. 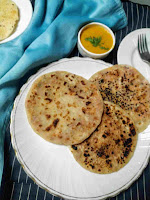 Onion kulcha is a stuffed flatbread made from all purpose flour. Finely chopped onions are seasoned with some spices and then stuffed inside a dough ball. Rolled and cooked till crisp golden brown. This kulcha is served with dal makhani, chole and other Indian gravies.

Popular recipes you can make at home

How To Pay Off Debt Faster: 7 Key Tips

How to Cook Aloe Vera & Why You Should Eat It

6 Exercises That Don’t Require Any Gym!