It seems that nearly every day now, we read another headline about new high temperature records being broken throughout the world.

Fortunately, like much of the private sector, the building industry is not waiting for a national political consensus to seriously address climate change, and has stepped up with a combination of clever planning, innovative products, and whole-house systems which also help make the case why buying a newly constructed home is smarter than ever.
The challenge seems overwhelming: If the world hopes to keep temperatures rising well below 2.0 Celsius (3.6 Fahrenheit) by 2060 from pre-industrial times, CO2 emissions from buildings will need to drop by 85 percent. Between now and then – and as outlined in a new initiative for the City of Los Angeles -- that means new buildings must be zero-carbon by 2030, with both new and existing buildings becoming zero-carbon by 2050.

The buildings in which we live, work and play demand Energy in two forms: The operating energy needed to fuel their daily operations, and embodied energy, which includes everything required to construct them. Globally, almost 40 percent of energy used is related to building construction and operation, and both steel and concrete require enormous sums of energy to produce.
According to the Department of Energy, U.S. buildings account for 39 percent of primary energy consumption and 72 percent of all electricity consumed domestically.  Including embodied energy, the United Nations calculates that our buildings contribute nearly half of total U.S. emissions.
However, since we’re not about to go back to living in caves and hunting for our next meal, what can we do?  Prepare.

Insurance companies, Institutional Investors and central banks around the world are actively planning for the consequences of more volatile weather across the world.  The EPA recently published a report advising communities on how to plan for the debris left behind by natural disasters, while CoreLogic’s RiskMeter service combines its vast databases with PhD-level scientists to model future risks to property including floods, storm surges, wildfires, earthquakes, wind, hail and more.
Last fall was also the launch of The Investor Agenda, with the motto “Accelerating Action for a Low-Carbon World.”  This group of over 400 institutional investors around the world, which together have $32 trillion under management, provides a framework for them to share actions and commitments for four key areas: Investment, Corporate Engagement, Investor Disclosure, and Policy Advocacy.

Here in the U.S., investing giants BlackRock, Vanguard, State Street Global Advisors and others are backing the Sustainability Accounting Standards Board, a nonprofit organization which seeks to standardize and increase corporate environmental disclosures.

Central banks around the world, including the European Central Bank and the Bank of England, are also getting involved, with the goal of maintaining financial stability with new standards for financial disclosures and classifications for green assets.
In California, the government is requiring all new homes in buildings of up to three stories to provide solar panels by the beginning of 2020, which is expected to add $8,000 to $12,000 to the sales price.  Based on a 30-year mortgage, the state’s Energy Commission projects that while these new standards will add about $40 to an average monthly payment, they’ll also save consumers about $80 on monthly bills for heating, cooling and lighting. 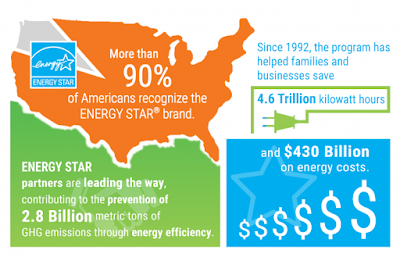 The building industry itself has already made huge strides tackling climate change, but there is clearly more to do.  Nationally, the percentage of commercial office space certified by LEED or Energy Star in 2017 was 38 percent, up from less than five percent in 2005.  Similarly, the share of green single-family homes rose from just two percent in 2005 to 33 percent by 2017.   The share is expected to increase to nearly 50 percent for both single- and multi-family homes by 2022.
Moreover, those builders which include smart home products which also conserve resources – such as TRI Pointe Homes’ HomeSmart™ and LivingSmart® systems – have found that sustainable homes generally find more demand from buyers, with one study from the Earth Advantage Institute finding a premium of up to eight percent over conventional homes.  This premium extends even more to the resale market, with green homes selling for up to 30 percent more than traditional existing homes, and often selling faster.

That’s a win-win solution for everyone.
www.metrointel.com