Solutions to the Construction Labor Crisis

In general, it’s a great time to be working in the building industry.  Annualized single-family new home sales in November 2017 rose nearly 27 percent year-over-year to 733,000 units, while construction spending for the year rose to a record high of $1.26 trillion.  Annualized housing starts reached nearly 1.3 million by the end of 2017, for the highest level in over ten years, thus allowing the nation’s builders to start putting a greater dent in years of pent-up supply.

At this point in time, demand isn’t the issue.  The issue is supply -- specifically the supply of construction labor.

Although construction employment did rise by 210,000 jobs in 2017 to nearly seven million jobs (or an increase of about three percent over 2016 levels), that total is still down nine percent from the last peak in 2007.  Indeed, labor shortages remain as the most-cited concern in multiple building industry surveys, just as it has been noted regularly over the last several years.  That’s because while housing starts and construction spending rose by 106 and 67 percent since early 2011, respectively, construction employment has risen by just 29 percent.

The impact of this disconnect is growing.  According to a new report from the Associated General Contractors of America (AGC), half of surveyed companies are finding it difficult to fill positions in the field as well as in the office.  That challenge has also had an impact on the bottom line, with the cost index for homes under construction rising by 28 percent over the five-year period ending in November 2017.

Scott Sedam, President of TrueNorth Development, a consulting and training firm focused on home builders, has been sounding the alarm on labor shortages ever since the economic recovery began.  To help find solutions, Sedam’s team has developed its own LeanBuilder Group, which addresses various long-standing inefficiencies shared by builders so that all players in the supply chain can improve their productivity.  It’s also a great way to ensure that they obtain “most favored builder” status among critical suppliers and trade partners, even if that also means actively helping to develop those trades. 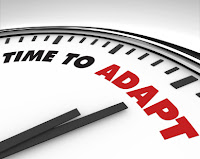 Consequently, solving the labor shortage will require not just more training, but also fast-tracking temporary work visas until the pent-up demand for construction workers has been met.  For its part, each year the NAHB’s non-profit Home Builders Institute (HBI) offers subsidized training to more than 3,000 underserved and at-risk youth and adults, ex-offenders and veterans, and the Skilled Labor Fund is actively raising $5 million to focus on training in residential construction.

The hope is that a combination of high school and post-secondary vocational education, employer training and programs similar to HBI’s will interest students in a career that can offer both high starting wages and upward mobility. 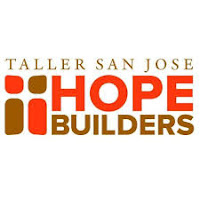 In the summer of 1993, when a Catholic nun in Santa Ana, California was living next door to a gunshot victim of gang violence – the second in the same family – she resolved to “look for what is broken in our world and heal that.”

Two years later, armed with substantial backing, a hands-on Board of Directors and the brand name of the Sisters of St. Joseph’s of Orange, Sister Eileen McNerney’s Hope Builders opened its doors to the first of nearly 5,550 at-risk youth who have graduated training in the fields of construction, healthcare and business.

Sister Eileen was strategic from the start, focusing in on those aged 18 to 25 because, as she notes, “those were the last years someone else could influence me.” With an average wage increase of 140 percent, 91 percent of program graduates going through the intensive, 16-week program have found jobs with the likes of Clark Builders, Hensel-Phelps and Lennar.

However, Hope Builders graduates also finish with more than new work skills.  “When young people have a criminal record, it’s hard to get them employed,” added Sister Eileen. “The only industry which is that forgiving is construction.  After three or four weeks of training, they’d get their new tool belt, which gave them lots of confidence.”

She paused for a moment.  “It made them more macho.”

This post first appeared on The Housing Chronicles, please read the originial post: here
People also like
painful sex during pregnancy - lovelcute
Partnering with Clergy to Prevent Domestic Violence
Best Home Sauna To Stay Warm All Winter
Nike Guest House|| How to spend 2 days in Osun state?
Building a Talent Pool in a Tight Market
How to Get Started with Sports Betting
How to Price Your Craft & Design (part 1)
How To Make A DIY Nature Mandala Craft
La Varella - Gants - noir
Florence in One Day: How to Plan the Perfect Itinerary
Afterthoughts Part 2 Good and Evil

Solutions to the Construction Labor Crisis