China Creates Digital Currency – Here’s Why It’s A Big Deal To The World’s Economy, And A Big Problem For The U.S.

Less than a decade ago, people would laugh at the idea of Digital Currency, popularly known as bitcoin. On Monday, the value of the cryptocurrency market topped US$2 trillion for the first time. According to CoinGecko, which track the values of digital currencies, the market capitalization of the cryptocurrency market has doubled in just over 2 months.

While the biggest digital currency – Bitcoin – accounts for over 50% of the entire cryptocurrency market capitalization, Monday’s rally was due to Ethereum, the second largest digital coin. Bitcoin has rallied over 100% this year alone, with each bitcoin fetching about US$58,000. Ethereum hit an all-time high of US$2,151.25 on Tuesday morning – up over 180% this year.

The sudden surge in the values of cryptocurrencies was largely due to endorsements from billionaires. Recently, Tesla big boss Elon Musk announced his company had bought US$1.5 billion of Bitcoin, sparking a quick spike in the price for the controversial digital currency. Subsequently, on March 24, the billionaire said people can buy Tesla electric cars with bitcoin. 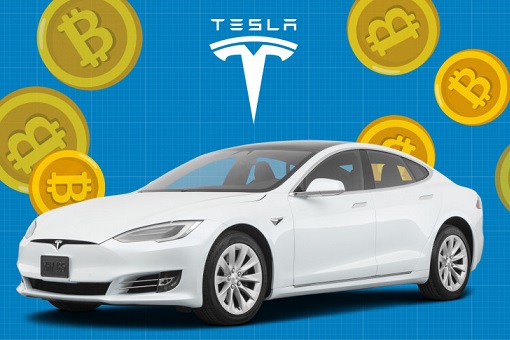 Billionaire investor Mark Cuban, on the other hand, made his bet on Ethereum, saying that it is the “closest we have to a true currency”. As companies and investors started purchasing cryptocurrency, China has been quietly developing, testing and creating its own digital currency. In fact, the People’s Bank of China (PBOC) has been working on the project since 2014.

The project – Central Bank Digital Currency (CBDC) – was aimed to replace some of the cash in circulation in China, at least that was the initial plan. Make no mistake – the Chinese market is already very advanced and matured in cashless payments. The digital Yuan or its official name – Digital Currency Electronic Payment (DCEP) – would speed up the digitalization of banknotes and coins.

Fan Yifei, deputy governor of the PBOC, said last year that there is a “pressing need to digitalize cash and coin” as producing and storing them is expensive in a nation of 1.4 billion populations. While nobody knows exactly how much currency is in circulation in China, it could easily exceed US$1 trillion dollars. A digital currency could eventually replace those cash and coins. 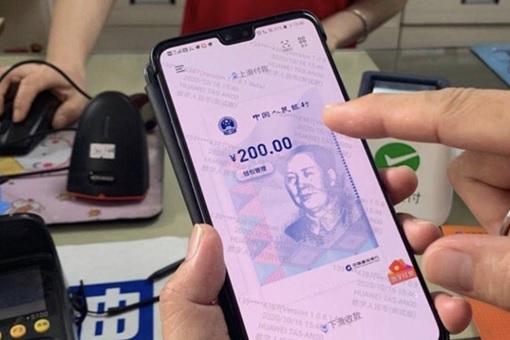 The Chinese government also recognizes that hard currency like cash and coins are easy to counterfeit, not to mention could be used for illicit purposes such as money laundering. But hasn’t money been digitalized already in China, where the adoption of the AliPay and WeChat apps make cash mostly obsolete? True, but the existing system is owned by private companies.

Even though it’s extremely unlikely Alipay or WeChat will go bankrupt hence creating systemic risk in the country’s financial system, they are just merely ways to move money electronically. Beijing wanted to not only level the playing field, not that it couldn’t control another loose cannon Jack Ma, but to turn legal tender itself into computer code that it can control.

Despite turning into a giant US$2 trillion market, Bitcoin and Ethereum and other cryptocurrencies are still not legal tender like cash issued by world governments. One of the major issues with the current digital currencies is that while they are traceable to an IP address, at least in theory, the cryptocurrency is entirely anonymous – the personal identity remains unknown. 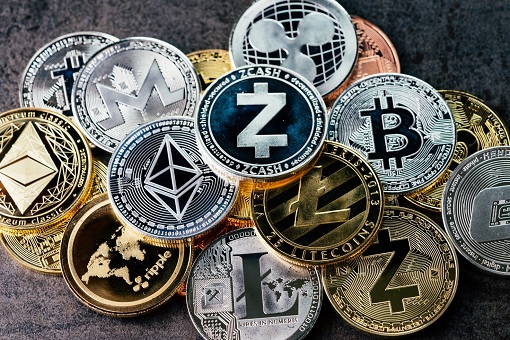 Therefore, not only the Chinese central bank is able to control its version of a digital currency, but also provides it with the power to issue new electronic money. It will have new tools to monitor both its economy and its people. To make it work, first, the central bank will distribute the digital Yuan to commercial banks. Consumers will then exchange cash for digital Yuan at banks.

As part of its experiment, China has already given away millions of dollars worth of the digital currency in a number of cities including Shenzen, Chengdu and Suzhou. Last October, Shenzhen gave residents 50,000 digital coupons worth 200 Yuan each, which they can spend in nearly 3,400 designated shops that accept digital payments such as McDonald’s and Starbucks.

Unlike the volatile cryptocurrencies such as Bitcoin, which shoots through the roof due to excessive speculations, China’s own digital currency will provide stability. The central bank won’t use the new technology to “print more money” into circulation, because every Yuan issued digitally will essentially cancel one Yuan circulating in physical form. 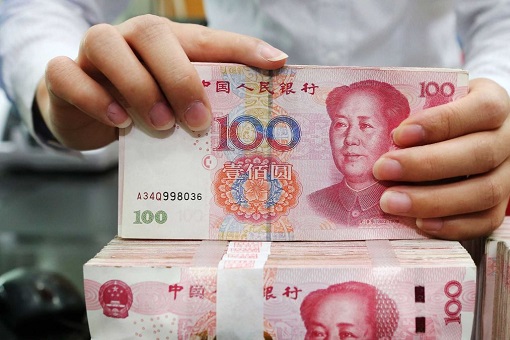 More importantly, Beijing saw an opportunity when Facebook’s revelation in 2019 to introduce its cryptocurrency – Libra – was immediately shot down by the U.S. government. Critics were worried that the already powerful Facebook would threaten government-issued currencies, especially the US dollar. The Chinese saw a chance to create a totally new ball game.

If the U.S. government has shown its fear and displeasure over an American company’s digital currency, imagine the type of impact if a rival nation like China creates its own cryptocurrency. It’s extremely difficult to replace the US dollar as the world’s reserve currency. But could Yuan or Renminbi become a bigger challenge to the US dollar in the world of digital currency?

Not everyone has access to the financial system or could afford accounts. China could spread its tentacles to dominate the market where people don’t have access to banks. It’s estimated the digital banking market is set to hit US$9 trillion by 2024. In Southeast Asia alone, digital payments are expected to cross US$1 trillion mark by 2025 – almost double the US$600 million in 2019. 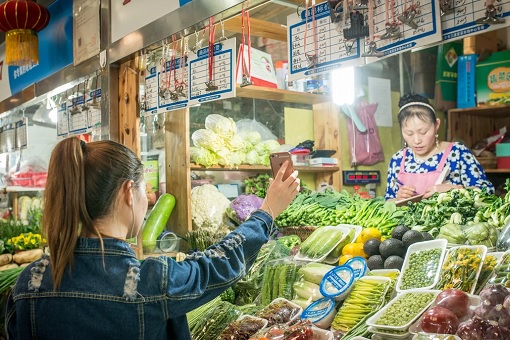 According to the World Bank, a jaw-dropping 1.7 billion adults do not have access to banks. That’s roughly one-fourth or 25% of the global population. Heck, even in the U.S., about 5.4% of U.S. households, or approximately 7.1 million homes did not have a bank account in 2019. In spite of its matured cashless market, China itself still has 225 million adults (as of 2017) without an account.

Washington is feared by the world, partly because of its ability to weaponize the dollar to freeze individuals and institutions – even a country – out of the global financial system. And the U.S. could bar banks from doing business with anyone they dislike because more than 21,000 banks worldwide have no choice but to do business with the issuer of US dollar.

American sanctions on North Korea and Iran for nuclear programs have effectively crippled the countries’ economy. So, what is the guarantee that China will not be targeted in the near future, especially after the U.S., U.K., European Union and Canada imposed sanctions on some Chinese officials recently under the pretext of human rights abuses in Xinjiang region? 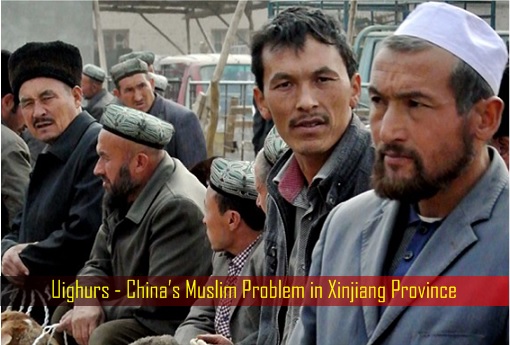 After all, U.S. President Joe Biden has openly pledged to prevent China from passing the United States to become the most powerful country in the world. Even if Beijing scraps or cancels its “vocational training” for the Uighur Muslims in Xinjiang just to satisfy the West, the U.S. can always find other issues to sanction and undermine China.

Clearly, a Chinese version of digital currency would bypass the U.S. authorities’ knowledge and could allow those that had offended the U.S. to continue doing business or trades. As long as they do not use SWIFT network or gateway to transfer money between commercial banks, they cannot be monitored by the U.S. government. And a Chinese cryptocurrency is the answer.

In a Nov 2019 war game at Harvard University, veteran U.S. policy makers found to their horror how the U.S. became powerless against North Korea’s nuclear missile development because the project was secretly funded via a new Chinese digital currency. Lawrence Summers, the former U.S. Secretary of Treasury, said – “Fundamentally, our ability to sanction North Korea in a devastating way depends upon China’s cooperation.” 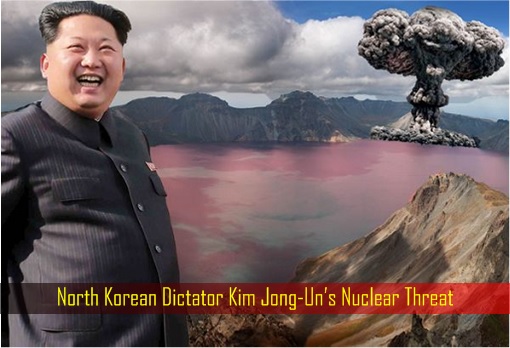 Of course, the Yuan, regardless whether in hard or digital currency, cannot replace the US dollar. Neither was it designed to replace or compete with Alipay and WeChat Pay. But the digital currency can surely offer a tool to weaken the power of American sanctions. Fan Yifei said the digital Yuan is an important financial infrastructure to protect and safeguard the Chinese monetary sovereignty.

Nicholas Burns, a professor at Harvard’s John F. Kennedy School of Government, columnist, lecturer and former American diplomat, said – “The Chinese have created a problem for us by taking away our sanctions leverage.” The best part is the Chinese commercial banks already have the infrastructure to distribute the digital Yuan.

For now, the immediate focus of the Chinese digital currency is domestic. However, the PBOC has begun the groundwork for digital currency to be used in cross-border transactions. Last month, central banks from Thailand, United Arab Emirates (UAE), Hong Kong and PBOC have started exploring a digital currency payment project together. 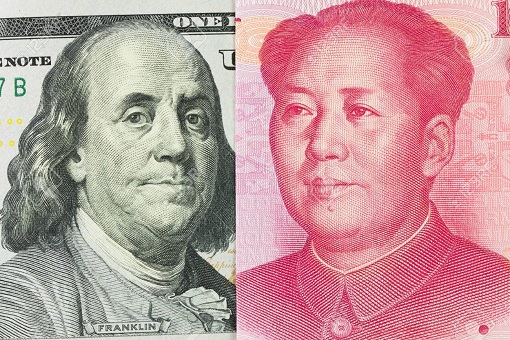 Some experts believed it would take years before a national rollout of the Chinese cryptocurrency. But it’s anybody’s guess what will happen once it started. The chain reaction or domino effects could be overwhelming. Anyway, Beijing has nothing to lose even if it fails. But if it’s a huge success, it will trigger a new threat to U.S. financial dominance.

While the U.S. is still debating whether or not to create its own version of digital currency, Chinese President Xi Jinping said last year that China should lead the world in creating the international regulatory framework on digital currency, the same way Beijing has sought to dominate advanced technology such as 5G telecommunications, driverless car and facial recognition.

China Creates Digital Currency – Here’s Why It’s A Big Deal To The World’s Economy, And A Big Problem For The U.S.