One of the most frustrating moments during a Shopping trip is the unpredictable amount of time spent at cashier counters. In general, the queue at the checkout lines would be extraordinary long during the end or the beginning of a month. That’s when workers or employees get their salary. Towards the middle of the month, things would get better for obvious reason.

Now Amazon has introduced a new way of shopping that may eliminate cashiers entirely. To further automate grocery shopping, the company of Jeff Bezos – the world’s richest person with a net worth of close to US$190 billion – is launching a smart shopping cart. Unveiled on Tuesday, the “Amazon Dash Cart” is so smart that it can automatically detect products placed inside it or removed from it.

In essence, the shopping cart allows customers to pay for their shopping without the agony of visiting a cashier. The cart looks like any other ordinary grocery cart, but uses cameras, sensors and a built-in scale to figure out a shopper’s purchase and then deducts the total amount from the card associated with their Amazon account. Hence, no cashier is needed at all. 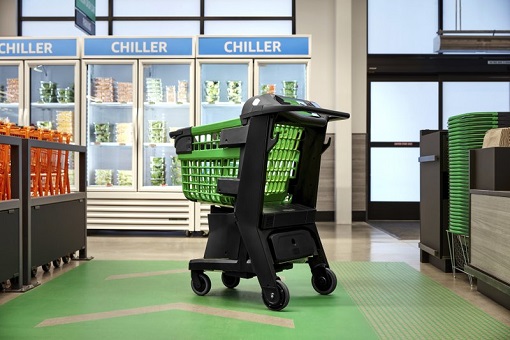 Yes, to enjoy the new way of shopping, shoppers must have an Amazon account and a smartphone. Upon entering the store, customers will scan a QR code in the Amazon app, a process that signs them into the cart. As products are placed into their own bags while shopping, the cart will beep when the product is correctly identified or flash orange if it needs to be re-added (or re-scanned).

For items like fresh produce, shoppers need to type in the item’s four-digit code and quantity, which allows the weight and price to be determined. If there are any rebates, the cart is equipped with a scanner to read such discounts. A screen near the handle shows what’s being charged, and the smart cart can detect when something is taken out so that it would be deducted from the bill.

When shoppers are ready to leave, they exit via the store’s Dash Cart lane. Amazon charges the credit card linked to their Amazon account and automatically emails a copy of the receipt to the customer. It’s worth noting that upon signing into the Amazon store, customers will gain access to Alexa Shopping List to check items and view the subtotal. 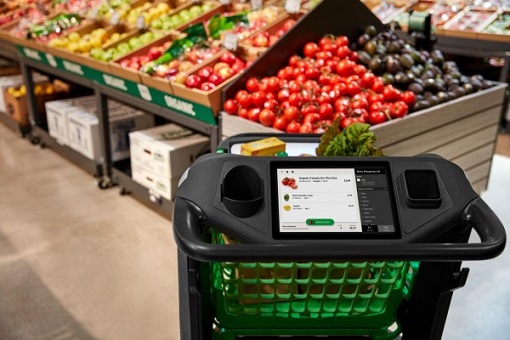 Actually, the concept of the “Dash Carts” was built on the “Just Walk Out” cashierless technology first deployed at Amazon Go convenience stores, which opened to the public in 2018. Unlike the initial automated Amazon Go stores, however, the Dash Cart depends on its own intelligence rather than an array of cameras mounted on walls and ceilings.

According to the company, the smart “Dash Carts” will roll out at one of Amazon’s first true grocery stores in the Woodland Hills area of Los Angeles, which is scheduled to open this year. Amazon says the Dash Cart is designed for small-to medium-sized grocery trips that fits two grocery bags. Therefore, standard carts and standard checkout lanes are still available for heavy shopping. 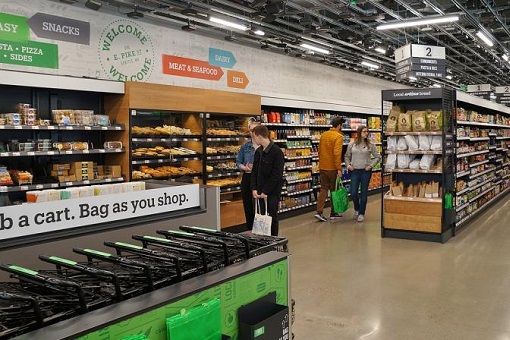 Dilip Kumar, Amazon’s vice president of physical retail and technology, says – “We try to hide that complexity away from customers so you don’t have to learn any new shopping behaviors. Our primary motivation for building this was to be able to save customers time. The alternative solutions are standing in the express checkout lanes or fumbling through self-checkout stations.”