European Union (EU) will disintegrate, the same way the Soviet Union collapsed on 26 December 1991, if the people of Europe refuse to wake up. In his latest and probably last lecture before the elections for the European Parliament in May 2019, billionaire George Soros desperately wants the sleeping pro-Europe majority not to waste time and defend its values.

Admitting that the party system of the EU is outdated, Soros expressed his fear that the coming May election could be the turning point of the EU disintegration. This is not the first time he pressed the alarm of an “Europe Apocalypse” though. Last year, he presented three challenges that could challenge the European Union’s existence.

Soros – the legendary currency speculator, investor, philanthropist, political activist and author – presented the three challenges, namely: refugee crisis, territorial breakups (such as Brexit), and economic struggles due to austerity policy. Those challenges would deliver a new financial crisis to the EU. 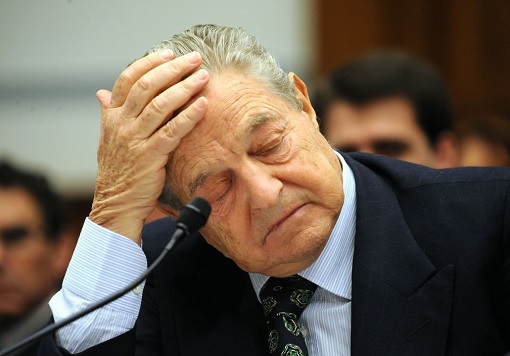 Today, the same famous currency trader who broke the Bank of England and made US$1 billion in 1992, has a more alarming message to the people who cherish and support the European Union. But instead of urging the EU arrogant leaders to do the right thing, Soros has chosen the scare tactic this round – wake up or risk EU going the way of the Soviet Union in 1991.

Mr. Soros said the political and economic union of 28 member states that are located primarily in Europe is now divided between two forces – the pro-European and anti-European. And the anti-European forces will enjoy a competitive advantage in the European Parliament elections in May 2019.

The fact that the Hungarian-American legendary currency speculator is reduced to using such scare tactic – a collapse like the Soviet Union – goes to show that no improvement had been carried out by the out of touch EU elites, despite the unexpected Brexit and the stunning election of Donald Trump as the 45th President of the United States. 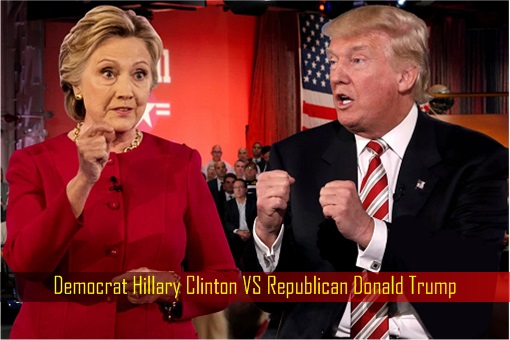 A strong supporter of Hillary Clinton, who lost US$1 billion when the stock market skyrocketed after Donald Trump’s stunning victory, Soros was also a strong supporter of refugees or migrants flocking freely to the European Union before the Brexit. He had predicted that Brexit would never succeed simply because the poll numbers showed Britons would vote to stay with the EU.

Last year, Soros proposed that Brussels must rebrand the EU as an association that countries want to join. He said the EU must accept the fact that the Euro as a currency has many unresolved problems and that the two-tier status of euro zone and non-euro zone countries should end. Soros admitted that it was wrong that nations are forced to integrate obediently.

More importantly, he made a U-turn on the issue of illegal migrants, saying – “Member states should not be forced to accept refugees they don’t want and refugees should not be forced to settle in countries where they don’t want to go.” His U-turn included a stop to welcoming all kinds of refugees or migrants – regardless whether they were illegal or lawful. 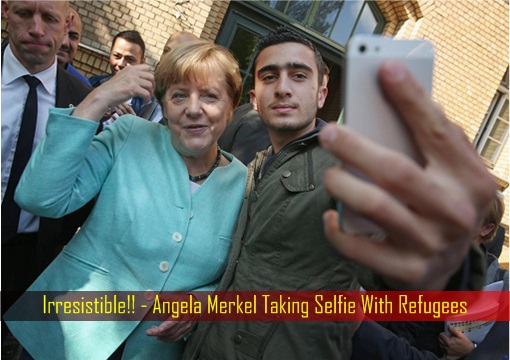 In his latest opinion about EU transforming into the Soviet Union, Soros admits the EU’s dominant country – Germany – being glued together by the Christian Democratic Union (CDU) and the Christian Social Union (CSU) – has become unsustainable. Although he didn’t mention names, obviously the downfall of Chancellor Angela Merkel has gotten Soros worried.

Thanks to her ignorance and arrogance, Merkel, like Soros, had adopted the wrong policies of welcoming illegal refugees and migrants into the EU – freely. She had single-handedly driven her party – CDU – to its worst result since 1949 in last September elections. It was so bad that its junior coalition partner, the SPD, quit the “grand coalition” after suffering its worst result since World War II.

The rise of far-right political party Alternative für Deutschland (AfD), founded in 2013, was contributed by Angela Merkel and her minions in the EU. Not only the AfD entered the Bavarian Parliament for the first time, the party is now represented in all 16 regional state parliaments and the Bundestag – thanks to Merkel’s 2015 policy which saw a mass influx of some 1.2 million refugees. 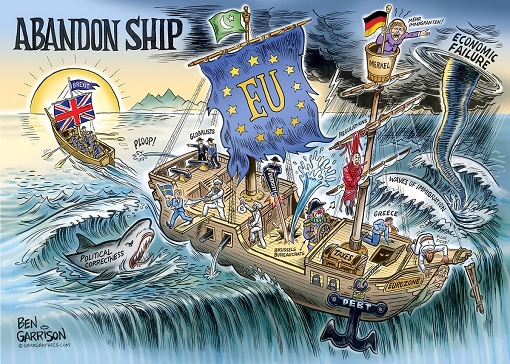 With less than 50 days to go until Brexit officially happens, the United Kingdom under Theresa May still hasn’t approved a final divorce deal with the European Union. Heck, May leadership has been so weak that she suffered the heaviest parliamentary defeat of any British prime minister in the democratic era after MPs rejected her Brexit deal by a staggering majority of 230.

Despite meeting privately with opposition leader Jeremy Corbyn, nothing has been achieved. Corbyn is in a bind because he doesn’t want to support a second referendum. May, on the other hand, is in a bind trying to seek concessions from the EU on the “Irish backstop” (avoid any border checks between Northern Ireland and Ireland) that they’re not willing to give.

Similarly, the sentiment of anti-European has spread to Italy, something which Soros conveniently blames on the enforcement of Dublin Agreement, which unfairly burdens the country with migrants. As a result, the refugee crisis drove Italy’s predominantly pro-European and pro-immigration electorate into the arms of the anti-European League party and Five Star Movement in 2018. 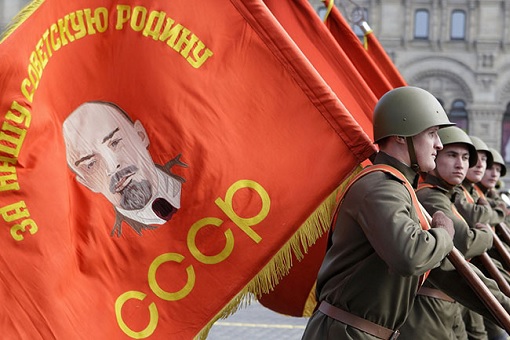 The situation has gotten so bad that Italy and Poland openly talk about creating a new “anti-EU” league in the next European Parliament. Soros argued that to defend Europe from its enemies, both internal and external, is to awaken the sleeping pro-European majority and mobilize it to defend the values on which the EU was founded. Perhaps the European community has already woken up, but not to the liking of Soros.