Singapore and Dubai are two of many smart cities in the world trying to be the first to implement Flying-taxi. The concept of flying cars is real. In fact, Singapore’s Ministry of Transport told about 400 participants at a forum in March this year that Singaporeans can “bet your money” on having the new mode of transport (flying-taxi) by 2030.

About Rear-End Collisions
How to Tell if You Have Bed Bugs?
The Wonders of Pili Oil
51 Best Start-up Ideas to Try
Al primer click: un romance lésbico q…

While testing of concept flying cars or prototypes have been ongoing, people are still wondering if it’s possible that “Back to the Future” could become a reality, sooner rather than later. You can actually start flying by end of this year, if you don’t mind burning US$10,000 on Kitty Hawk Flyer, a toy from Google’s Larry Page. Of course, this is more for motor sports, not commuting to work.

Still, Kitty Hawk could fly and is perhaps the cheapest flying cars you can buy without costing an arm and a leg. Besides “Back to the Future”, Star Wars is another film which keeps the wishes and dreams of having flying cars alive. So, what type of flying car projects that could one day transform the way we go to work or shopping? 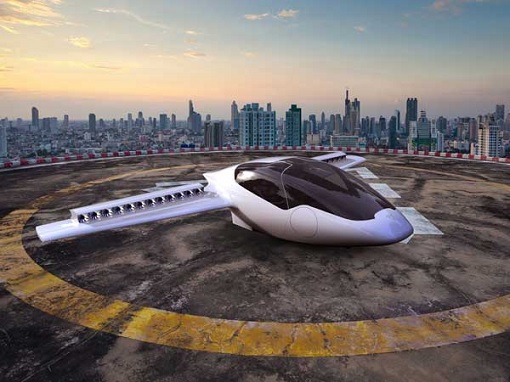 Founded in 2014, Lilium is a German aviation start-up that held a successful test flight of the Eagle, its two-seat electric jet, at its Munich base this year. Last week, it announced a new round of financing, raising US$90 million. Lilium claims to be the world’s first electric vertical take-off and landing jet, therefore eliminates emissions and noise pollution. 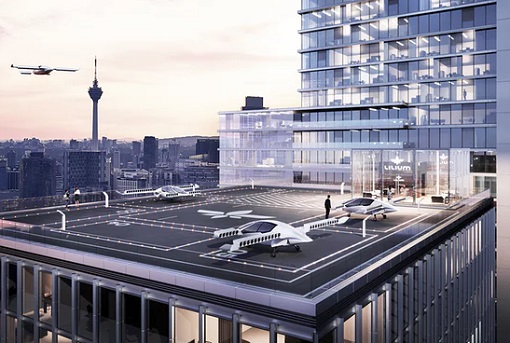 Tencent Holdings, the Chinese internet giant owned by “Pony” Ma Huateng who created the popular “WeChat” messaging service, is the prime investor in Lilium Aviation. Designed to take off and land vertically like a helicopter, obviously a large network of landing pads on top of city buildings needs to be built, which could be a challenge – time, money, spaces. 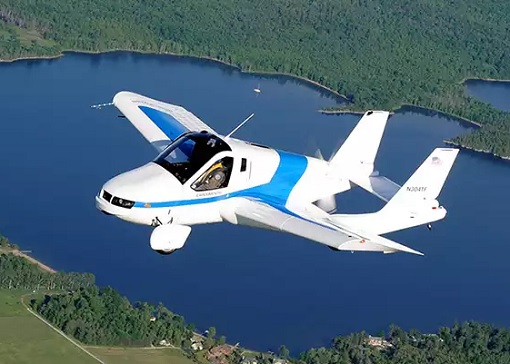 Terrafugia Transition is perhaps the closest thing to a flying car that we have. You can drive it like a typical car on the ground and can fly like a small plane. In fact, the FAA has granted the Massachusetts-based company exemption from weight and stall-speed limits so that the prototype automobile-aircraft – certified as a light sport aircraft (LSA). 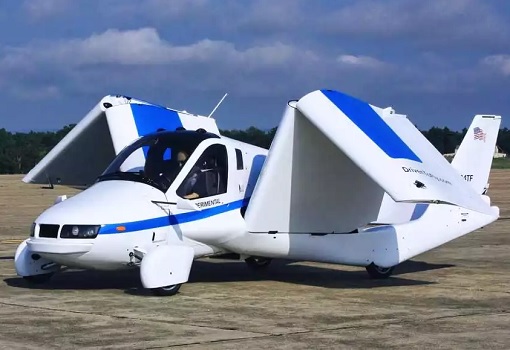 Terrafugia is working to complete a third-generation prototype after a proof-of-concept flying car prototype first flew in 2009, followed by the second-generation prototype in 2012. Terrafugia’s “road-able aircraft”, which can fits in a standard single-car garage, can actually be pre-ordered now for US$300,000. To drive it you need a US sport pilot certificate that can be “earned in as few as 20 hours.” 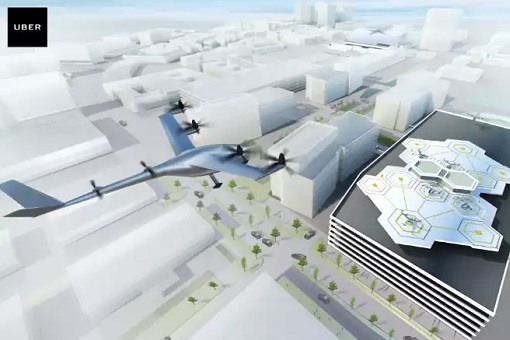 Uber, obviously not satisfied with giving customers rides on land, has promised that flying cars is absolutely possible. And it has struck partnerships with the cities of Dallas and Dubai to demonstrate a network of flying cars by 2020. By 2023, Uber envisions full-scale operations of such flying cars – UberAir. In fact, Uber believes riding a flying car would cost about the “same price” as an UberX ride. 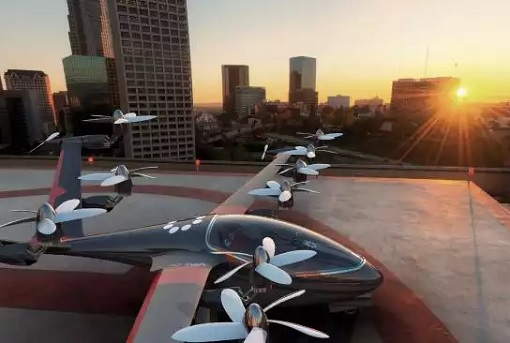 With its base of 55 million monthly active riders in nearly 600 cities worldwide, Uber is betting on its VTOL (vertical take-off and landing) aircraft. Unlike others, Uber is teaming with 5 aircraft manufacturing companies, including Aurora Flight Services, Embraer, Mooney International and Bell Helicopter, to create new types of flying cars – rechargeable batteries, fit several passengers and a ballistic parachute. 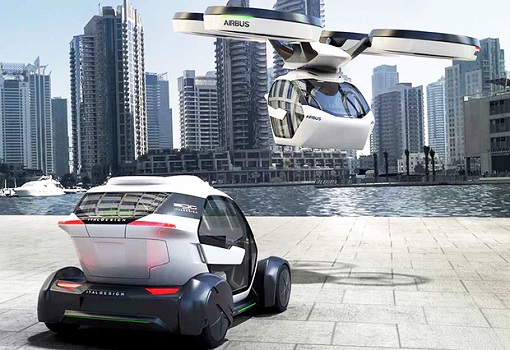 Airbus, a leading aircraft manufacturer, and Italdesign are another player in the flying car sector. Early this year, they have revealed the – Pop.Up – an autonomous concept that uses a modular passenger capsule to switch between four-wheeled ground transport and quad-copter flight. All you need to do is tell the vehicle’s AI (Artificial Intelligence) where to go. 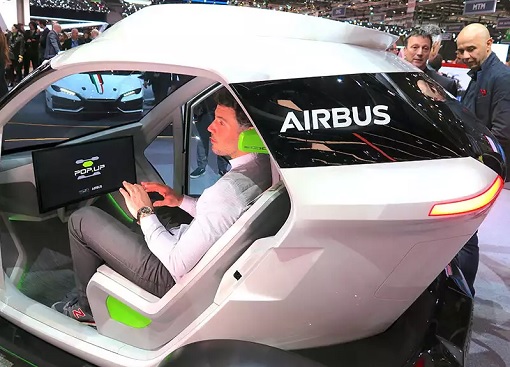 The Pop.Up consists of a carbon-fibre passenger capsule that functions as a two-seater electric car when attached to a chassis or as an aircraft when a drone is summoned by smartphone to remove the capsule from the chassis. Although a life-size example of Pop.Up was shown at the Geneva Motor Show, it was still an early prototype. 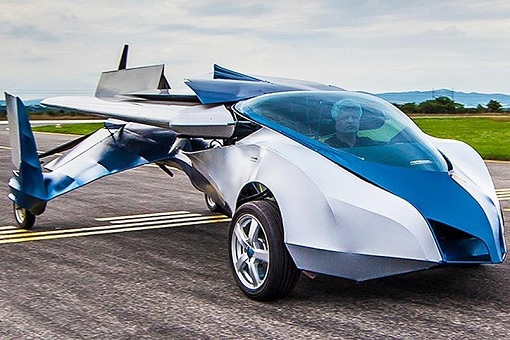 Slovakia-based AeroMobil flying car can be converted from a car to a plane in 3-minute. Certified for use in the E.U. and U.S., an initial 500 units are opened for pre-orders – for US$1 million a pop. With the shape and curves like a supercar, you can drive it at up to 160 km/h (99 mph) on the road, then pull in to an airport and convert it to a plane at the touch of a button. 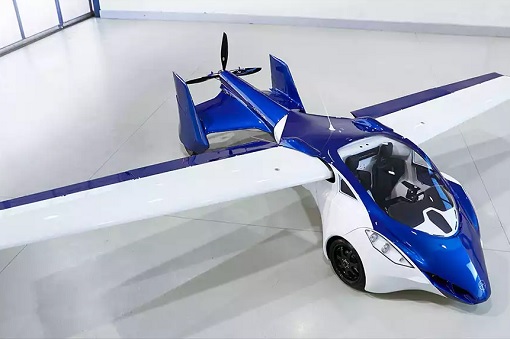 During the conversion process, the wings fold out and the driven front wheels tuck themselves into the chassis. Under the hood is the 300 horsepower from a custom 2.0-liter turbo engine. First deliveries for are expected to go out by 2020 but before you could fly, both a driving and pilot license are required. To fly, the vehicle would need to take off from an airfield or other approved space. 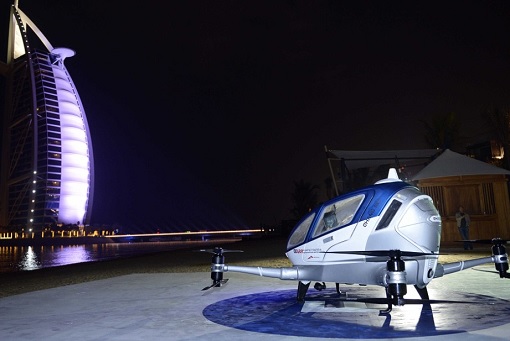 Ehang 184 is powered by eight propellers, which can fold inwards as it lands so it can fit in a single car parking space. The cockpit is empty, apart from a stand to place a smartphone or tablet and a cup holder. The Chinese-made “Ehang 184” had already been seen hovering above the sand dune in Dubai, as the kingdom and Singapore rush to become the first to implement flying-taxi. 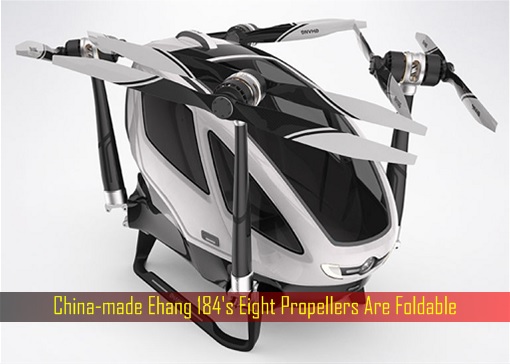 A driverless flying car, Ehang 184 will cost between US$200.000 – US$300.000. Ehang claims that 4 of the 8 rotors can stop and the vehicle could still be able to land safely. If Dubai and Singapore decide to purchase and deploy Ehang 184, the new mode of transport (flying-taxi) will be available in the cities by 2030. 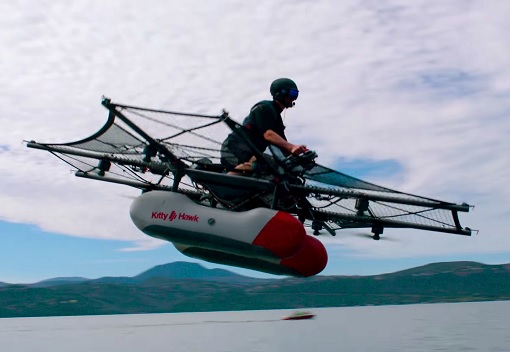 A toy of Google’s Larry Page, Kitty Hawk Flyer qualifies more for motor sports than for transportation. However, this electric aircraft can really fly, although it looks like a giant drone. Powered by eight propellers, Kitty Hawk can reach speeds of 25 miles per hour. Because it only weighs 220 pounds (100 kg), you won’t need a license from the FAA to fly it. 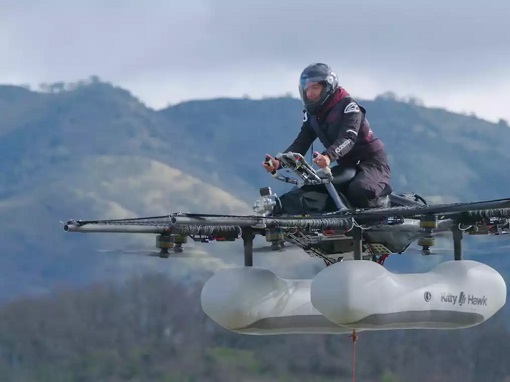 While the Kitty Hawk is only meant to be flown over water, Kitty Hawk’s CEO, Sebastian Thrun sees the company building the transport of the future. For now, this 1-seat flying vehicle is meant for a short flight across lake when you’re at the cottage, not commuting to work. If you have a spare US$5,000-US$10,000, Kitty Hawk will start selling by end of 2017.