As expected, Mr. Kim Jong-un has easily defeated Mr. Donald Trump in the Korean Crisis. Not even with three aircraft carriers does superpower United States dare to launch a pre-emptive strike against North Korea. From the beginning, President Trump was bluffing but clearly he’s a lousy poker player. Both China and North Korea didn’t buy it, calling the U.S. bluff.

First, President Trump hinted there would be a pre-emptive strike even though he knew China would not agree to it. In fact, there’s no way Beijing would sit down with popcorn and Coke watching their satellite state – North Korea – getting demolished by Tomahawk cruise missiles, not after the deployment of U.S. THAAD in the South Korea aiming at China. 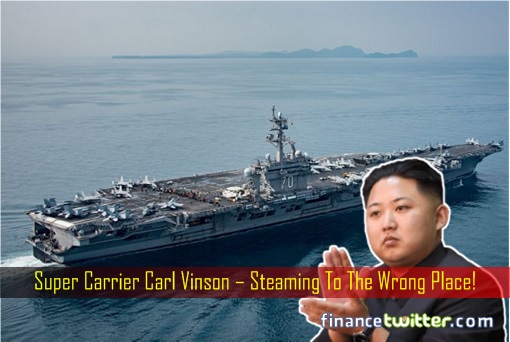 Second, President Trump sent the powerful U.S. Navy’s Carrier Strike Group 1 (CSG1) led by Nimitz-class aircraft carrier USS Carl Vinson to the Korean Peninsula to scare the shit out of Kimchi Kim. Turned out, Vinson was – embarrassingly – some 3,500 miles in the opposite direction after more than 10 days of an announcement about the deployment of the U.S. super carrier. 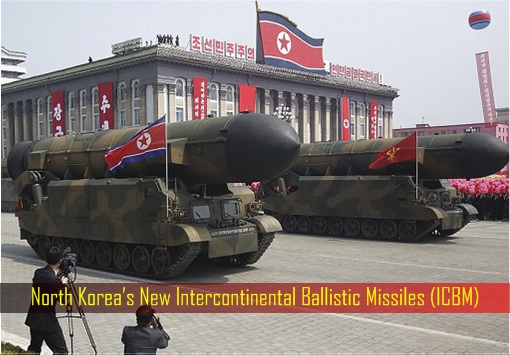 Fourth, President Trump has decided to zip his mouth about sending fat boy Kim to oblivion, as Pentagon was secretly preparing for it’s first-ever missile defence test involving a simulated attack by an ICBM. Costing US$244 million, the test was successful. However, the test also reveals the ugly truth – the success rate of U.S. interceptor system was only at 44.44%.

Finally – and quietly – two of the three super carriers supposedly deployed to Korean Peninsula to intimidate North Korea into submission have been commanded to return home. Uss Carl Vinson and USS Ronald Reagan are now on their ways back home. There has been no drums and music about their withdrawal, unlike the initial high profile news media about their deployment to Korean Peninsula. 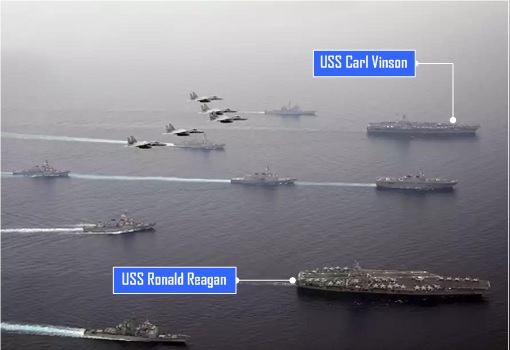 Both South Korea and Japan news media have announced that both super carriers are returning home after completing joint exercises with the Japan Self-Defence Forces (JSDF). Yeah, right. USS Carl Vinson, the first aircraft carrier deployed to the Korean Peninsula, triggering a possible airstrike, had started sailing toward its home base of San Diego, California. 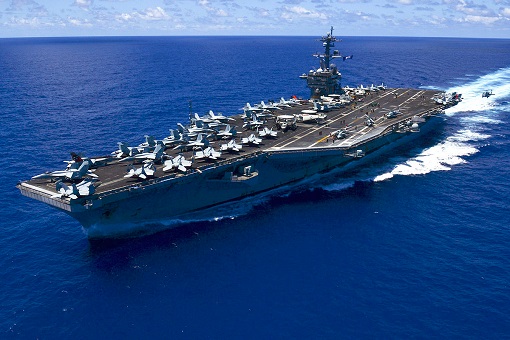 Subsequently, Nimitz is scheduled to head on to the Persian Gulf. Therefore, there appears to be no new plan to further intimidate Kim Jong-un, let alone an empty threat of military airstrike on North Korea with the withdrawal of Vinson and Reagan, and the redirection of Nimitz. But what about the badass Kim who consistently challenging U.S.’ supreme power in the region? 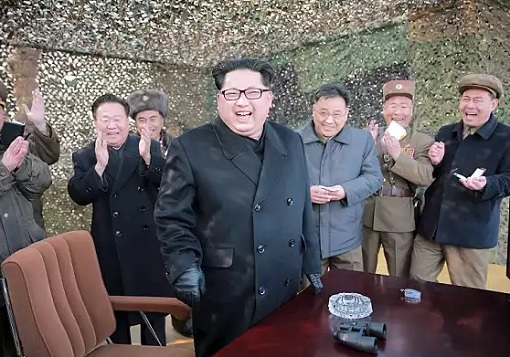 Forget the naughty Kim. With China and Russia’s backing, there’s no way President Trump could take out the fat boy. Pentagon couldn’t even guarantee the safety of its own nation in an event of a Nuclear War and North Korea starts pumping ICBMs to America. Thanks to nuclear weapon, North Korea is untouchable. Perhaps Trump could start a war elsewhere, such as the Middle East.