He is known as the Philippines’ “Dirty Harry” and the Filipinos love their new president. Also known as “The Punisher”, President Rodrigo “Rody” Roa Duterte is no ordinary badass law enforcer who shoot first and ask (if he’s still alive) question later. Mr. Duterte is a Filipino lawyer and politician who has been mayor of Davao City for a whopping 22 years.

President Duterte does not wear expensive suit when meeting VIPs. Instead he loves wearing a “barong” and denim pants. And he’s every drug dealer’s nightmare. “Do your duty, and in the process, you kill 1,000 persons, I will protect you.” – President Rodrigo Duterte told his army of police on July 1, the day after he was sworn in. 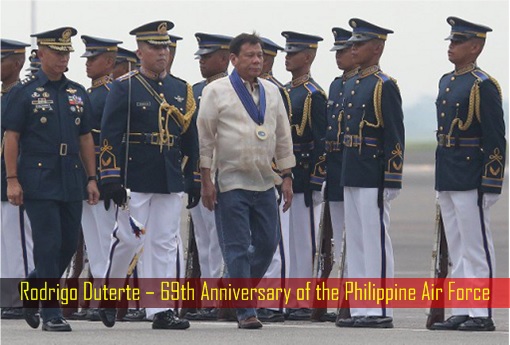 But he’s also made it clear he will only protect cops who are clean. And days later on July 5, he named and shamed 5 police generals allegedly involved in the illegal drug trade, shocking the nation. When he was accused of killing hundreds of suspected drug dealers, he proudly tell all and sundry he had actually killed more than 1,700, not hundreds.

Since he took office, an estimated 2,300 more were killed under his administration, and the number will only increase because Dirty Harry Duterte is unapologetic about those he calls “parasites”. When he yelled – “If I promise to kill you, I will really kill you. Drug dealers, give me a reason to keep you alive, you son of a bitch!” – Filipinos screams in approval. 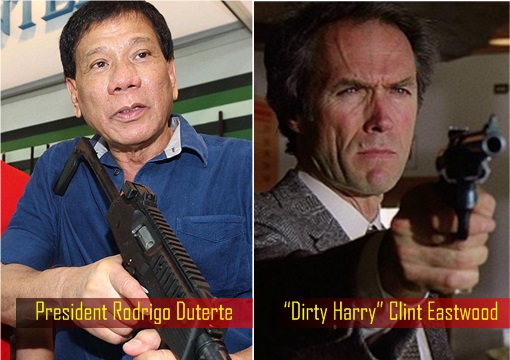 That simple fact was enough to tell you how problematic the country was with the issues of criminality, corruption and illegal drugs. Hence, when an outsider such as President Barack Obama questioned Duterte administration’s human rights, the Philippines’ president called Barack Obama a “son of a bitch” and warned him not to question his policy of extrajudicial killings.

Yes, besides good at killing drug addicts and traffickers, President Rodrigo Duterte also possesses good skill of shooting his mouth off. However, Obama can take comfort that he was not the only guy cursed and insulted by Duterte. When United Nations criticised his policies, Duterte went bonkers – “If you are that disrespectful, son of a bitch, then I will just leave you.” 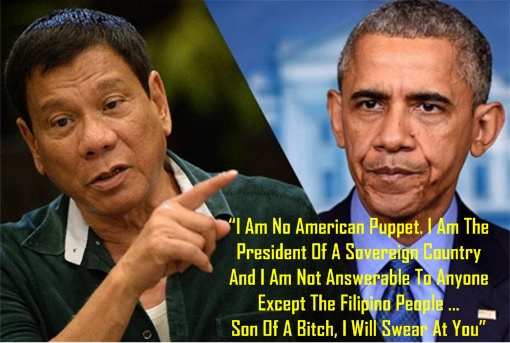 Even Pope couldn’t escape his curse. Recalling Pope Francis’s visit to the Philippines in January 2015, Duterte told the people about his frustration of being stuck in Manila traffic in his speech last November – “It took us 5 hours to get from the hotel to the airport. I asked who was coming. They said it was the pope. I wanted to call him. ‘Pope, son of a whore, go home. Don’t visit anymore.’”

Later, the Philippines’ president retracted his comment against U.N. Secretary General Ban Ki-moon. Likewise, short of an official apology, his spokesman has released a statement expressing regret today over his “son of a bitch” remark on President Barack Obama. But it’s too late because Obama, feeling insulted, had cancelled his meeting with Duterte. 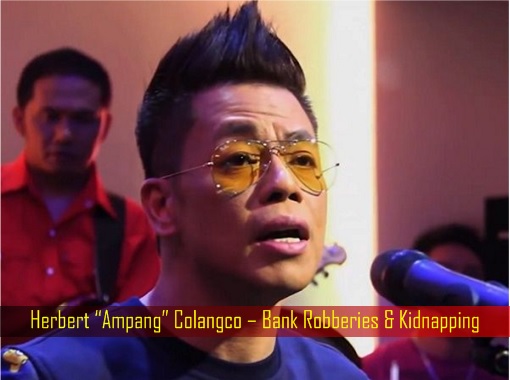 That’s fine with the Philippines’ supremo because to him, only the local Filipinos understood the seriousness of problems related to illegal drugs in the country. For example, while drug lords “Peter Co” and Herbert Colangco alias “Ampang” were behind bars at the New Bilibid Prison, they were still directing the operations of their respective groups.
Herbert Colangco was also discovered to be staying in style enjoying lavish amenities such as a sauna facility, air conditioning units, a 48-inch flat screen television, firearms, and a sex doll while serving his sentence. Equipped with 60-square-meter music studio with a stage for live musical performances, he produced his debut album, which actually went platinum (15,000 copies sold). 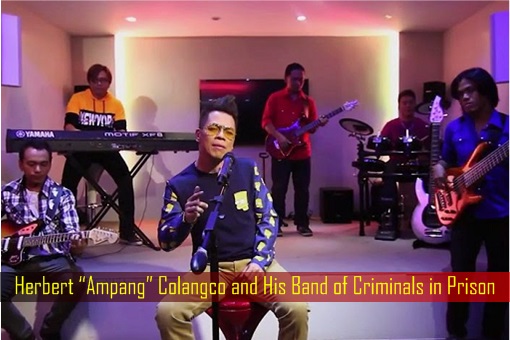 Sharing his experience during his campaign – “I saw how they perverted the system. Even a rapist could walk free if the motherfucking fiscal was corrupt!” Like it or not, Duterte is the only man who could solve the mess Philippine is presently facing. The only problem with him is his “poisonous and toxic” tongue.

Once, he joked about a 1989 prison riot in Davao – “They raped all of the women. There was this Australian missionary (Jacqueline Hamill). When they took them out, I saw her face and I thought, ‘Son of a whore. What a pity. They gang-raped her, they all lined up. I was mad she was raped but she was so beautiful. I thought, the mayor should have been first.‘” 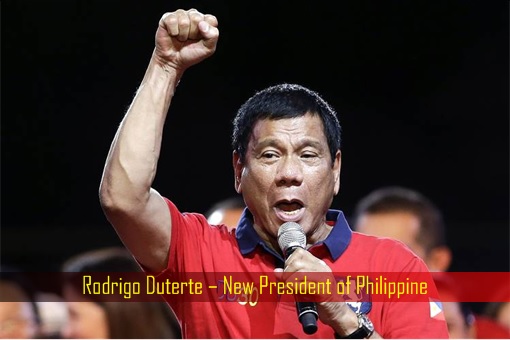 If you think what he had said above were uncivilized, wait till you hear his latest speech. Presently in Laos for ASEAN Summit, Mr. Duterte told an audience of Filipinos that he will personally tear apart and eat Abu Sayyaf Islamic militants – “They will pay. When the time comes, I will eat you in front of people, if you make me mad, in all honesty, I will eat you alive, raw.”

“I will really carve your torso open. Give me vinegar and salt and I will eat you. I’m not kidding. These guys are beyond redemption.” – Duterte was recorded in his speech. Notorious for kidnapping foreigners to extract ransoms, the Abu Sayyaf are a small band of Islamic militants based on remote southern islands of the mainly Catholic Philippines. 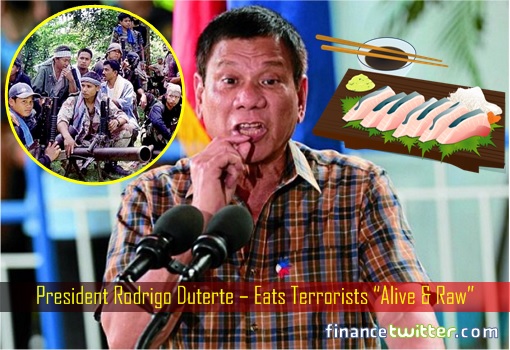 Phew! President Barack Obama did the right thing by cancelling his meeting with Rodrigo Duterte. Can you imagine the Philippines’ president suddenly goes berserk and starts cannibalizing Obama because the American president insists on putting human rights above everything, including all the evil stuffs done by drug traffickers?