HDFC starts the slide for a Home Loan Run

HDFC (Housing Development Finance Corp) kicks of the low interest rate home Loan buzz with the launch of just above 10 percent home loans. Though private banks always have a profit angle to operate with, HDFC yet again show its mettle by launching such public friendly schemes. Considering that just recently the rates were reduced by state run banks, HDFC clearly shows that it is ready for a twin battle against the state run banks as always and its private counterparts as well. No wonder HDFC still runs in the top ranks of the private bank while others have always had a choppy ride.
The slide is further enhanced for the female borrowers and have an even better discount rate compared to the existing offer. Meanwhile the SBI had started the discount trend in the home loan segment with 10.1 percent interest for the women loan applicants for loans till 75 lacs and 10.15 percent for the others. 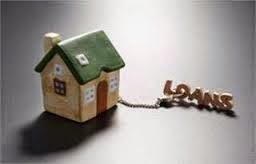 HDFC on the other hand will hand out the home loans at a rate of 10.25% for home loans up to Rs 75 lakh but the home loan has to be applied before January 31, 2015 and the participant must clear all the formalities and get the first disbursement amount by February 28, 2014.
On the ruling from RBI in September, the situation was different after lending rates where spiked by 25 basis points and further topped up by another 25 basis points in October. This led to SBI increasing its home loans from 9.8% to 10%. HDFC also followed suit with addition of 10 basis points for both the new and old home loan customers.
However, in spite of these moves, the spending remains a major concern and hopefully with big players bringing in the offers should spice up the home loan market. Meanwhile the Punjab National Bank too has gone all out by removing the processing charges and offering a lower interest rate as well.
With respect to the low interest in the home loans for women, one must note that the lower interest rate applies if the applicant is only a woman. If the entire loan amount is borne by the woman applicant or if the woman is the first of the applicants in case of a joint home loan, or if the property is under the ownership of the woman. Only then they will get the extended discount in the home loan interest rate.
One might not feel a huge difference in terms of the .5 or .10 percent but if the loan amount is close to 75 lakhs or above the 75 lakh margin, then it surely reflects in the overall savings of the loan amount in the long run.
Punjab National Bank is also offering a 'Festival season Bonanza' home loan scheme for the individual applicants or only retail customers. The new home loan is expected to be priced at just 10.25% and this extends for all the home loans up to 2 crore rupees. The icing on the cake is further adorned with no processing fees and zero documentation charges not only for home loans but also for vehicle loans.

15 Top Trends for Kitchen Design for …
Expansion of Fed’s Balance Sheet coul…
When Stress Gets In Your Bones: Unpa…
Student Loan Scams – Scam Alert
No Debt But Love, has nominated me fo…

9 Benefits of Artificial Intelligence You Need To Check Right Now!

HDFC starts the slide for a Home Loan Run

Subscribe to Home Loan India - Online: Comparison Of Hdfc And I