The Currency volatility set to increase during 2018, says Tim Clayton, MoneyTransferComparison.com newswriter and market analyst. Read the reasoning below.

Tim Clayton is a market analyst with more than 20 years of experience in the financial markets, with particular focus on currencies. Holds an economics degree from University of New York. Writes for multiple publications including Investing.com and SeekingAlpha so he is on top of all the happening in the world of currencies and macro-economics. 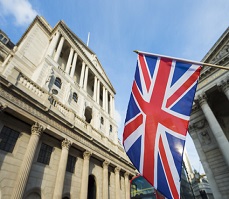 Despite a high-profile focus on major themes such as President Trump and Brexit, Currency volatilities declined slightly during 2017 as political drama masked a lack of substantive change. The global economy performed well and central banks avoided major drama.  Economic risks, however, are likely to increase considerably during 2018 while political drama will again be a key feature. In this context, currency volatility is likely to increase, especially given the risk of complacency surrounding the overall environment.

Here is our super brief overview of the volatility in 2017 in the FX markets:

There are several potential reasons why this might have been the case.

There was certainly no shortage of drama surrounding the Trump Administration during the year with the resignation or firing of many figures that held prominent positions just after the January inauguration.

Trump was a constant feature in the media with the focus amplified by his own extensive use of social media.

The political dramas ensured a huge amount of market coverage and Special Counsel Mueller’s investigation into contacts between the Trump team and Russian officials during the 2016 election campaign did have an important market impact at times.

The Administration, however, made relatively little headway in economic policy terms which limited the actual impact on the economy and markets.

Healthcare reform was blocked in the Senate and the early focus on attempting to repeal Obama’s policies also delayed economic reform measures.

After protracted debate, tax reforms were formally approved only in the final week of December while there was no move to boost infrastructure spending.

The inability to pass economic legislation tended to dampen market volatility while the US economy continued to perform strongly.

Euro-zone political fears did not materialise

At the beginning of 2017, markets were extremely uneasy surrounding Euro-zone political risk factors with concerns that a rise in populism within France and Germany would result in serious political stresses. In particular, there were fears that National Front leader Le Pen could win the presidency.

In the event, established parties did pare extremely poorly, but the votes were transferred to new centrist figure Macron rather than Le Pen.

German Chancellor Merkel failed to win re-election in the German Federal Election, although her CDU party remained the largest party and is in coalition talks with the Social Democrats. 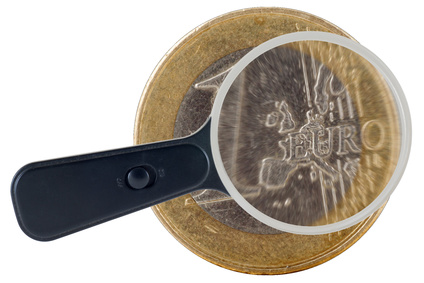 The Euro-zone political developments were relatively calm, but UK politics remained in turmoil during the year. 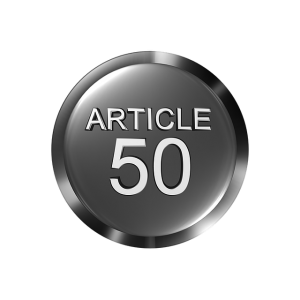 Prime Minister May was persuaded to call a general election and take advantage of a strong opinion poll lead, but this lead evaporated during a chaotic and controversial campaign with the government losing its majority in the House of Commons.

UK political drama triggered substantial short-term Sterling moves and generated lurid headlines. The currency overall, however, recovered ground during the year, especially against the dollar, as market fears surrounding a disorderly Brexit process faded following agreement to move to the second phase of talks. Overall conditions were significantly calmer than seen in late 2016.

For the first time since the 2007/08 global financial crisis, all major economies registered firm growth during 2017 and there were no major scares surrounding economic trends. There was, therefore, relatively limited scope for aggressive currency moves.

The US Federal Reserve did increase interest rates three times during 2017, but the central bank was very careful to signal the change in rates before the event which limited the market reaction.

Elsewhere, the ECB made no changes to interest rates during the year with the refi rate at 0.0%, although it did announce a decline in bond purchases.

The Bank of England made only one change in rates with a reversal of the 2016 emergency rate cut, pushing base rate back to at 0.50% following the November increase.

The Bank of Japan made no changes to policy and relative stability in interest rates limited the potential for currency moves.

There was also an absence of major drama in global bond markets.

In an environment of little excitement in bond and equity markets, media attention on currency markets tended to increase, at least in relative terms. Confidence in other markets, however, limited scope for currency moves.

Attention surrounding cryptocurrencies such as Bitcoin have increased substantially during 2017. In reality, cryptocurrencies are not currencies at all, but increased use of the term has also increased a perception that currency volatility has increased. To learn more view our article about Bitcoin money transfers and Ripple. 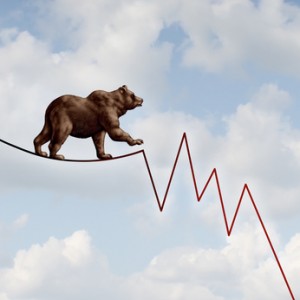 Markets have also priced in a favourable 2018 outlook with firm growth expected across all the major economies during the year ahead. There are also expectations that central banks will be able to manage the global economy successfully with only small-scale increases in interest rates.

There are a few particularly risky currencies for 2018 that you should note.

Although financial market volatilities have been low, there has been a notable increase in volatility surrounding economic data with the majority of data pointed to strength in the global economy. There are likely to be increased risks of US overheating which would force the Federal Reserve to raise interest rates more aggressively. Higher US rates would trigger important stresses within the global economy.

Historically, increased economic volatility tends to lead to sharper moves in financial-market prices. There will, therefore, be an important risk that currency volatilities will increase during 2018 along with sharper moves in both bonds and equities.

Foreign Currency is Our Expertise.

If you want to know even more international money transfers then you should know our expert staff is writing weekly news and forecasts for all currencies. It’s all free and readily available for you.

View up to date FX news