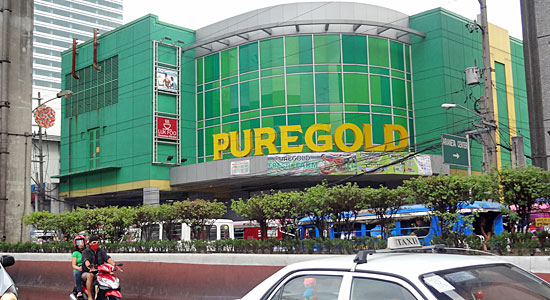 Deck Out Your Backyard: Landscape Des…
11 things to do on vacation with out …
Telegram Marketing solutions
Selling Handmade Products on Etsy
Epoxy Flooring on Concrete
Capital expenditures for 2017 is P2.5 billion, to be funded by internally generated cash and short-term untapped bank credit lines, if necessary, for 25 Puregold stores (P1 billion), 2 S&R stores (P1.2 billion), 10 S&R QSR (P150 million) and 25 Lawson stores (P150 million). It is expected that by 2017 consolidated net sales will grow by 8 to 10% and pursue acquisition and expansion into new locations.
Company Profile
The story is often told of how Puregold was borne out of the concern for the welfare and fate of its employees. The Asian financial crisis of 1997 brought about a turbulent economy, volatile foreign exchange and an uncertain future. Faced with such challenges, but worried about how their loyal employees would survive the times, husband and wife Lucio and Susan Co decided to try their luck and venture into local retailing, with the opening of the first Puregold Price Club along Shaw Boulevard in Mandaluyong City back in December 12, 1998.
The Company was the second largest retailer among hypermarkets, supermarkets and cash and carries in the Philippines based on gross sales in 2010 according to Planet Retail. The Company’s customers comprise retail consumers and small business owners who resell products in local neighborhood convenience stores, known as ‘‘sari-sari’’ stores, as well as canteens, restaurants, bakeries and drug stores, among others. In addition to focusing on middle to lower income retail consumers, the Company believes it is the only hypermarket supermarket retailer in the Philippines which strategically and targets local resellers. The Company also promotes a one-stop shopping concept of having a wide selection of goods to further serve its value-conscious consumers and resellers. With this differentiated business model, the Company has established a brand that has become associated with low prices, value-for money and a wide assortment of goods on offer, as well as being recognized as one of the top five brands in the Philippines in Retail Asia Magazine’s 2010 and 2011 Retail Asia-Pacific Top 500 program.
Puregold launched its Initial Public Offering at the Philippine Stock Exchange, gaining recognition as the Best Mid-Cap Equity Deal by Finance Asia in February 2012. The IPO helped to fuel its rapid expansion, catapulting the company to a network of more than 280 stores, reaching to cover the entire Philippines, with a strong market presence in Luzon and NCR, and an up-and-coming contender in Visayas and Mindanao. To deepen its regional footprint, Puregold has acquired four regional supermarkets, Parco (2012), Grocer-E (2013), NE (2015) and Budgetlane (2015). It has also purchased the S&R Membership Shopping chain (2012), catering to the high-end retail market, and has since ventured into the QSR (Quick Service Restaurant) segment with its widely popular S&R Foodservice. Aggressively exploring new formats to better serve its customers, Puregold has established 16 Lawson convenience stores in Metro Manila through its joint venture with Lawson of Japan, and its first mall-based supermarket collaboration with Ayala Land, Merkado. And in 2016, as consumers spend more time online and are shifting to online shopping—Puregold.com.ph is there, as an online shopping platform—positioning Puregold to compete in the new e-commerce landscape.
As of June 30, 2016, the shareholding structure of the Company is as follows:  Cosco Capital Inc. – 51%; Non-public – 16.39 and Public – 32.61%.
Board of Directors:
·       Lucio Co                    – Chairman
·       Susan Co                    – Vice Chairman
·       Ferdinand Vincent Co  – President
·       Leonardo Dayao       – Director
·       Pamela Justine Co      – Director
·       Marilyn Pardo            – Independent Director
·       Edgardo Lacson         – Independent Director
Price:   44.15 per share (April 5, 2017)
Market Cap:   P122 Billion (April 5, 2017)
Address:  2/F Tabacalera Building, 900 D. Romualdez Street, Paco 1007, Manila, Philippines
Website:  www.puregold.ph


This post first appeared on Basaynon, please read the originial post: here
People also like
Deck Out Your Backyard: Landscape Design Ideas
11 things to do on vacation with out the kids
Telegram Marketing solutions
Selling Handmade Products on Etsy
Epoxy Flooring on Concrete
Healthy Meal Prep Ideas For Weight Loss