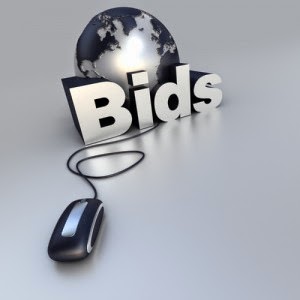 Here is the excerpt of the COA Annual Audit Report for 2012 relative to the purchases of Construction Materials by the municipality donated to different barangays:
“Purchases of construction materials donated to the different barangays in the total amount P2,112,247.32 were not done through Competitive Public Bidding, contrary to the pertinent provisions of the Government Procurement Reform Act (RA 9184) and its Revised Implementing Rules and Regulations.  Moreover, Disbursement Vouchers and supporting documents totaling P1,779,457.50 were not submitted for audit, thus, precluded the audit team from determining the propriety and correctness of the recorded transactions.

Outdoor Sofa vs. Outdoor Sectional – …
Why SEO Is The Next Big Thing in the …
30 Cheap & High ROI Home Renovations …
Home Workouts for Weight Loss
Creating and Selling Digital Products
Sec. 10, Rule IV of the General Provisions of Republic Act No. 9184 states that all procurement shall be done through competitive public bidding except as provided in Rule XVI of the IRR.
Audit of Donation Expense account disclosed that the LGU procured construction materials, labor and equipment rental for barangay-wide projects in the municipality. It was however observed that these projects were not directly implemented by the LGU but the materials purchased were given to the barangay concerned as assistance in kind. The costs of labor and rental equipment were directly given to the payees as shown below:
The total amount paid for various Construction Materials of P2,112,247.32 was intended for barangay-wide development projects (see Annex K). This was procured from only one supplier in the name of Pioneer Steel and was purchased on different dates during the year.
Three transactions in the amount of P1,027,163.50 – no identified projects, P97,078.00–building Maintenance, and P655,216.00-Various Municipal Projects or a total of P1,779,457.50 (see Annex K) has no Disbursement vouchers and other supporting documents. No other document was submitted which will show that the procurement was conducted through competitive public bidding in accordance with Sec 10 of RA 9160 even if the amount of each purchases requires such public bidding.
The other construction materials purchased in smaller amounts were supported only with canvass papers and program of works.  However there were no BAC resolutions attached stating the reasons that the transactions should be made using alternative mode (shopping). Moreover all the transactions were not supported with barangay resolutions requesting for construction materials.
Payment for labor expenses in the total amount of P1,089,750.00 (see Annex K) for the different projects were made through Pakyaw contract with  Pakyaw groups. The transactions are supported with invitation to bid, notice of award etc., but the same were not also supported with BAC resolutions stating the circumstances during the bidding particularly on the information that the particular group has the lowest amount of bid. Also the same were not supported with barangay resolutions requesting assistance from the municipality.
The failure to observe the proper procedures on procurement as required in RA 9184 and lack of complete documentation of the transactions more particularly the “Disbursement Vouchers” raised doubt on the legality and propriety of the transactions.
During the exit conference, management averred that transactions were properly supported with complete documents but agreed to comply with the lacking supporting documents.
We recommend that management should strictly adhere to the pertinent provisions of RA 9184 and its Revised Implementing Rules and Regulations in all its procurement activities.  This recommendation is without prejudice to the issuance of Notices of Suspension and/or Disallowance resulting from post-audit of transactions."
Source:  www.coa.gov.ph