The small city-state of Singapore is bustling, cosmopolitan, trendy, modern, and plays a part on the world’s financial and political stage that seems disproportionate to its size. Its varied traditions and intriguing mix of the old and new make Singapore a great multicultural city in the truest sense.

Salzburg vs. Liverpool preview & pred…
Lenskart acquires majority stake in e…
The Top 2 Amazing Tropical Vacation D…
Virtual Reality Tourism is Now Access…
Sure-shot Strategy to develop a B2B f…
Singapore is a sovereign city-state and island country in Southeast Asia. It lies off the southern tip of the Malay Peninsula. The country's territory consists of the lozenge-shaped main island, commonly referred to as Singapore Island in English, and more than 60 significantly smaller islets. The English name of Singapore is derived from the Malay word Singapura, hence the customary reference to the nation as the Lion City. However, it is most likely that lionsnever lived on the island, and the beast seen by Sang Nila Utama, who founded and named Singapore, was a tiger.Singapore is separated from Peninsular Malaysia by the Straits of Johor to the north, and from Indonesia's Riau Islands by the Singapore Strait to the south. The country is highly urbanized, and little of the original vegetation remains. The country's territory has consistently expanded through land reclamation.
Geography
Singapore consists of 63 islands, including the main island, widely known as Singapore Island, or Pulau Ujong in Malay. There are two man-made connections to Johor, Malaysia: the Johor–Singapore Causeway in the north, and the Tuas Second Link in the west. Jurong Island, Pulau Tekong, Pulau Ubin and Sentosa are the largest of Singapore's smaller islands. The highest natural point is Bukit Timah Hill at 166 m (545 ft).On-going land reclamation projects have increased Singapore's land area from 581.5 km2 (224.5 sq mi) in the 1960s to 716.1 km2 (276.5 sq mi) presently. The country is projected to grow by another 100 km2 (40 sq mi) by 2030.
Walking Tours
The attractions of Singapore are mostly man-made. The city’s skyline gleams with tall skyscrapers giving one of the impression of modernity and sophistication. Its history is reflected in the many buildings which fill the Colonial Core. Among them: 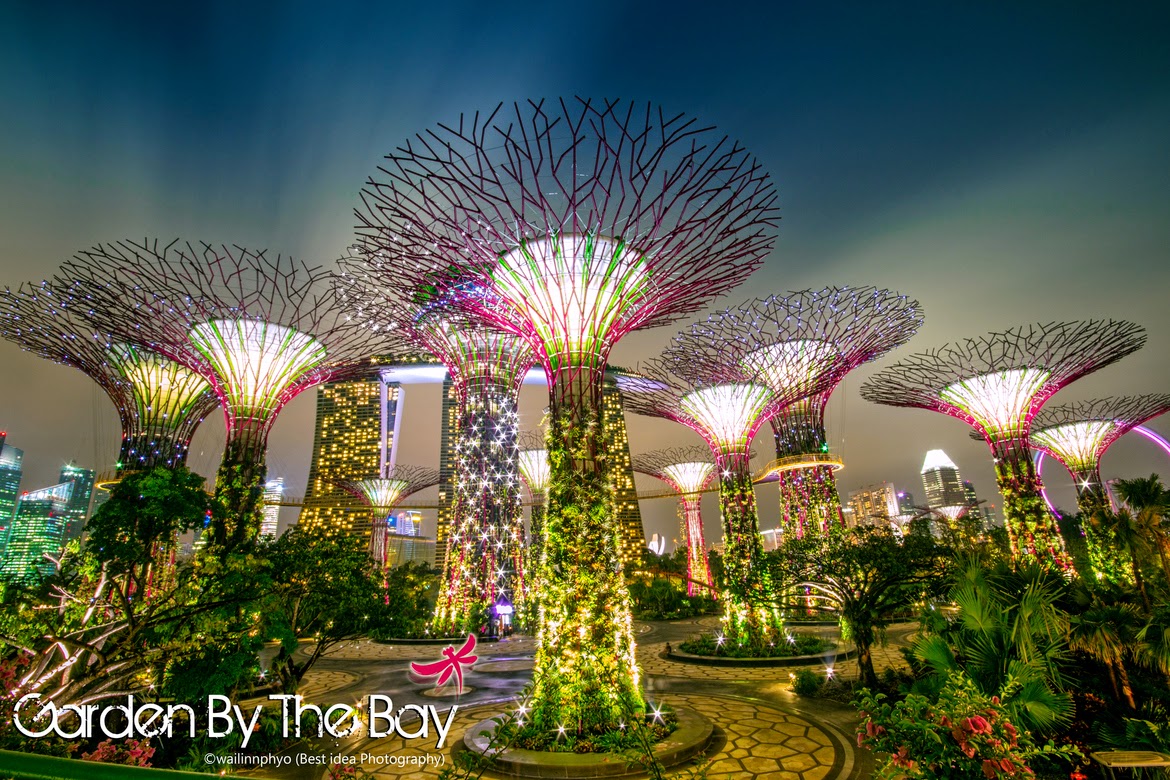 There are plenty of offshore islands, the most popular being the island theme park of Sentosa with its vast entertainment complex. The British used the island as a military base until 1967. Today, it has been transformed into a recreational playground with museums, historical sights, theme parks, nature trails, and sporting activities. All the sights can be reached by island’s excellent transport network. Resort World Sentosa, a major family attraction with a vast oceanarium, covers a large part of the island. Going there, you can choose the bus or cab or Sentosa Express or the Cable Car, surely the best possible way to get there. Once there, you are faced with some choices – try out the casino or fulfill some of your childhood fantasies at Universal Studios. Go up the Tiger Sky tower and be hoisted 131 meters above sea level and t then sit back as your cabin gets turned a full 360 degrees. When the sun takes its leave, try to catch the Songs of the Sea, a lights and sound show on Sentosa Beach.
A visit to Singapore would hardly be complete without a shopping spree, especially at Orchard Road and Chinatown. The ethnic area of Little India is the spiritual heart and commercial activity of the local Indian community. Packed with restaurants, shops, and ornate temples, the area is a mix of sight, scents, and sounds. In Chinatown, go to Suntec City, that’s where all the major events are, including the famous Garden Festival and some of the best and biggest gadget fairs.
A thriving strip of restored shophouses converted into restaurants, shops, and bars, Boat Quay (pronounced “key”) today is different from the riverfront area of a century ago. The center of the city’s commercial activities in the 1860s, most of its trading was handled from here. Shophouses crowded the curve of the south bank. The river teemed with bumboats, which were used to load and unload ships anchored on the river. Nightlife is festive in this place, and if you may further up the river is Clarke Quay, an upscale area along the banks of the Singapore River with waterfront shops, wine bars, retail stores, craft stalls and eateries.
The heart of Singapore’s colonial district is the Padang(“Square”). The square is flanked by grand structures such as the domed Supreme Court, the Neo-Classical City Hall, the Parliament House, and the exclusive Singapore Cricket Club. Also interest here is Esplanade Park, one of the oldest parks in Singapore, is home to many historical landmarks.
Hop on a bus and make your way to Pasir Ris or Changi Village on the east end of the East-West MRT or go to the opposite way to the Chinese Garden where you can walk you troubles away. Pasir Ris and Changi are towns with the beach on one side. You can walk freely in these areas but take note of where you’re not allowed to swim. Pasir Ris is primarily a residential area comprising many high-residential dwelling block, mostly public housing. While, Changi Village is a modern village at the north-eastern end of Singapore.
Where to Shop
Singapore is a shopper’s paradise. Scores of shops at every turn offer almost unlimited choices. Whether you want to immerse in plush shopping arcades of Orchard Road or Raffles City, or scour the flea markets and back alleys of the ethnic quarters in Little India, Chinatown, Arab Street and Holland Village, Singapore caters to all tastes and budgets.
Orchard Road with its vast stretch of glitzy department stores and malls, such as Tanglin Shopping Centre (a paradise for antique lovers, furniture, carpets, arts, etc); Ngee Ann City (with seven floors, it has restaurants, a Japanese department store and more); ION Orchard (vast, architecturally impressive center offers a huge number of brands); The Centrepoint (flagship Robinson’s has an excellent range of household goods and best supermarket selections) and The Heeren (trendy clothing and accessories), is packed with just about everything one could want. Park Mall specializes in furniture and interior decorations. Plaza Singapura is one of the earliest malls on Orchard, it houses a number of specialist outlets.
Major shopping malls can be found in the city center, including Parco Marina Bay, Raffles Hotel Shopping Arcade, Marina Bay Sandsand Raffles City Shopping Center. For electronic goods and cameras, head to Sim Lim Square, The Sony Center or Funan Digitalife Mall (near City Hall in Padang). Little India’s Mustafa Center, a Singapore favorite, sells every conceivable item, from electronic to household goods. Japanese chain Isetan and Takashimaya are very popular, as is the British retail outlet Marks & Spencer. Cathay Photo Store and Mustafa Center have a good range of all the popular camera brand names.
For a great selection of textiles, the best areas are Arab Street and Serangoon Roadin Little India. For exclusive platinum and 18-carat gold jewelry, luxury brands such as Bulgari and Tiffany have outlets at Raffles Hotel Shopping Arcade, Orchard Road and Raffles City Shopping Center. Chinatown is also a good place to buy Chinese jade jewelry. The hawker stalls at Clarke Quay offer a good range of trendy silver pieces.
Where to Stay
Singapore offers a variety of accommodations, from luxury hotels to simple guesthouses. Singapore tends to be more expensive than Peninsular Malaysia. Top international hotel chains are well-presented, and there are some beautiful resorts in idyllic settings. Mid-range options include some lovely boutique hotels and locally run chains. Budget travellers will find excellent guesthouses offering dormitory beds. Here is a list of some budget hotels: