Is someone scared of Gold ? 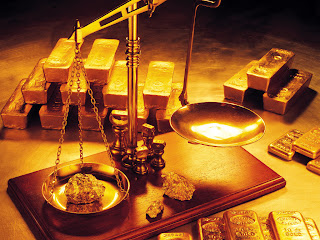 While every woman in this country is obsessed with Gold, two men seem to be terrified by the yellow metal - Mr.Subbarao and Mr.Chidambaram.
But the question is, why would either RBI or Central government be worried about high import of GOLD ??

Well, one can give a straight forward one liner: The Current Account Deficit.


In Layman language, If we are spending more than what we are earning, which is true for most of us, specially for me who almost always live in advance salary, we have current Account DEFICIT. I guess some of my friends who are already married might be enjoying current account SURPLUS (double income☺).

Fortunately or unfortunately India can't marry any other country to increase it's income. It has to tackle this problem alone.

All of this is fine, but why is RBI behind only Gold, when we import many things worth billions?

Answer is simple, when your family is running a deficit and your mother shows no signs of staying away from her favourite jewellery shop, what will you do ? do you ask her to continue buying gold and cut down the cost on rice/vegetable ?

So it makes sense why our Subbarao is so concerned at mother India's obsession for more gold. Btw India Imports more gold than any other country in the world, which makes us the world's biggest gold consumers. Last year we imported just 864 tonnes of gold(20% of global production).Out of this 40% was for investment purpose.

India spends more on gold(forms about 10% of our import bill) than on LPG and this amount stands just below our oil import bill(about 30%) and is more than the amount allocated by our central government for water supply, sanitation and urban development.

In one month we spent more money on gold than on the defence imports for the entire year.
This is worrying as gold doesn't create any jobs, doesn't improve any productivity, just money going out of our country.

About 5 years back, the same government and RBI encouraged banks to sell gold coins to us. They promoted gold as safe investment. Now the same people are trying to reverse the things.

Few days back RBI imposed restriction on import of gold by banks(Banks import more than 90% of gold). It has increased customs duty on gold. Encouraging alternate investments (according to last year's report by World Gold Council - India has the highest savings rate in the world. Indian's save 30% of their total income, 10% of which goes to gold).

Are these steps doing any help ??
Not really!!!

These restrictions by RBI are resulting in increased gold smuggling.

According to the All India Gems and Jewellery Trade Federation,

India imported 950 tonnes in 2012. Of this, 250 tonne has come into the country through the illegal channel(mainly from Dubai and Taiwan where gold is cheaper).

It's pretty clear that RBI can go on playing with policies, but will never succeed in reducing Indian's lust for gold. Lets hope in near future our exports will offset our gold and oil bills ☻

Is someone scared of Gold ?