The Long-Term Bullish Bias of the Equities Market 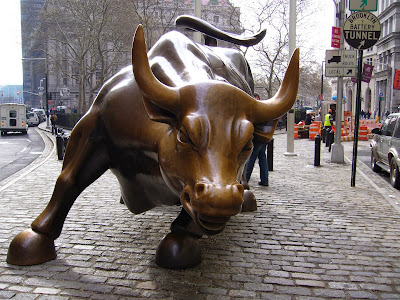 Twenty-Two Years of Massive Outperformance - What Can We Learn?

A recent CNBC interview with hedge fund honcho Leon Cooperman, founder of Omega Overseas Partners, caught my attention for several reasons. The first was a genuine curiosity as to how this guy has been able to continually outperform the market with a huge account for so many years. Second, I wanted to see if there are any lessons that we could learn from him. And third, my business partner had run money for Cooperman for a number of years and had told many Cooperman stories already but I couldn’t wait to ask him a few more questions about this maven.

One Maven Talks About Another

My business partner, Christopher Castroviejo, is a 35+ year Wall Street veteran who worked both the sell side (brokerage) and buy side (hedge fund, money management). In the mid-1990s, Christopher and his firm were well known as one of the few hedge funds who successfully ran a short book. Cooperman had heard this and sent his right-hand man, Doug Kass, over to check out the operation. Kass and Cooperman were impressed enough to give Christopher’s firm $50 million to run on the short side as a hedge for the rest of their book. And for the next five years, Christopher and Cooperman had frequent discussions about how this chunk of money was being managed.

I asked Christopher what stood out about those interactions, and here’s a list of Christopher’s thoughts on Leon Cooperman in no particular order:

One thing that stood out plainly was that Cooperman was (and remains!) a superb fundamental analyst. He took nothing at face value and always dug deeper into the information in order to form his own opinions.

Christopher was impressed by his intense discipline – he believed hard work always paid off.

He always advocated “love what you do”.

Cooperman played the game in line with what he believed and where he saw his strengths. He was not going to play an institutional-style game with low volatility returns.

When Christopher ran Cooperman’s short book, he noted Cooperman’s great courage in his convictions. Even with the courage to stay the course, however, he always challenged his positions to make sure that nothing fundamental to the trade had changed. He asked Christopher three words countless times, “Are you sure?” and that refrain still rings in Christopher’s ears. Even with his constant checking and curiosity he would stick with many (though not all) positions that were well-reasoned.

Cooperman would frequently call and ask for a review of the position, and he wasn’t shy about changing course with his whole book, even if he liked individual positions. He realized how important — as well as how difficult— hedging was on the short side and he would insist on long periods of holding his short account totally in cash or mostly in cash.

As you can tell from these comments, he was very hands on — very on top of what was happening, and thanks to his work ethic, he really knew the details.

Like Christopher’s grandfather, Bernard Smith — Cooperman believed that you always had to be bullish on something. This is undoubtedly why he cashed in recoveries better than anyone in the business (see his return figures below).

One of his main edges is a thorough knowledge of the fundamentals that he matched so well to his ability to foresee upcoming business cycle trends.

Now for That Head-Spinning Track Record:

Here is Cooperman’s Omega Partners’ track record that was included in the CNBC interview:

Cooperman averaged an annual return of 14.6% compounded vs. 9.3% for the S&P 500 during the same period. If that isn’t impressive enough, note that his figures are net of fees — meaning that the actual returns were significantly higher!

Here are some observations:

He does have down years, but knows who he is & what his strengths are.

Looking at his current top holdings (none more than 3.2% of capital): Sprint, SandRidge Energy, AIG, Sirius XM, Citigroup, Tribune, Tetragon Financial, Telenet Group, Dish Network and Chimera Investment, you can tell that he is a stock picker (and a value guy) and not one to jump on the same bandwagon just because other managers are.

What Can We Learn From Mr. Cooperman?

The first thing that leaps out after talking to Christopher and digging into the CNBC interview is that Cooperman is a guy who trades his beliefs. He believes in the long-term bullish bias of the equities market and is quick to capitalize on upturns after down periods. In addition, specialization works — his specialty is fundamental analysis. Lastly, when you have edge, have the courage to stick to your convictions; don’t get shaken out after a few rough trades. Let the law of large numbers and the confidence in your plan carry you through.

The Long-Term Bullish Bias of the Equities Market