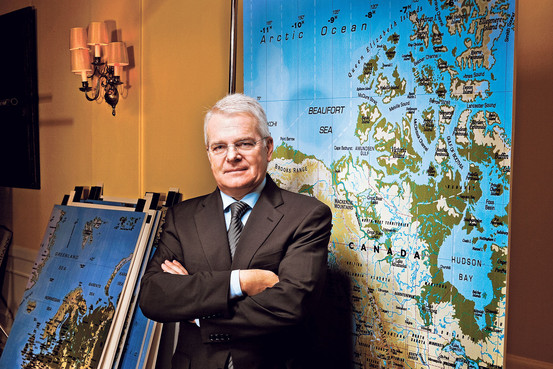 Fusion: Gentlemen, what has changed since the last time we spoke half a year ago?

Felix: Well, last summer the markets reacted nervously to the Fed’s tapering announcement. Fixed income markets sold off sharply, particularly in the emerging markets. In the meantime, the developed markets have adjusted quite well to the tapering. This is mostly due to a solidly growing US economy. Also, some sentiment indicators in Europe have also risen, particularly in the UK and Germany but also in some of the crisis-hit peripheral countries such as Spain, Ireland and Greece. However, hard data in the periphery has not confirmed yet that the crisis is over there.

Fusion: The decline in the PIIGS’ bond yields suggest that the worst of the crisis is behind us, indeed. Are appearances deceiving?

Felix: We think that the decline in the periphery’s bond yields is because the cross border holding of government debt in the Eurozone has also declined, and the domestic banks have been given great incentive to return to their government’s bond markets via the various pledges by the ECB. Also, some aggressive money from overseas has supported this trend. Nevertheless, I think that we haven’t seen the end of the Euro crisis. Take France for example. The economy there is in really bad shape and not only losing out relative to Germany but also starting to become less competitive against Spain, for example. Furthermore, the pressure from the street is rising. And as Draghi promised that the Euro will not be broken by the markets, it will be broken by political pressure eventually. Hollande’s approval ratings are at record lows and the extreme right Front National party’s leader, Marine Le Pen, has a fair chance to become the next French president. Her main theme is to get France out of the Euro. She has formed an alliance with several nationalist parties from other countries to campaign together in the upcoming elections for the European parliament. They want to get rid of the Euro and want to fight against the “monster from Brussels”. In Italy, there are now three parties that question the benefits of Italy’s Euro membership: Grillo’s Five Start Movement, Berlusconi’s Forza Italia and the Northern League, whose leader publicly said last week that the Euro is a crime against humanity.

Fusion: What do you expect from the ECB’s upcoming stress test of the banking sector?

Roman: Well, we’ve already had some stress tests of the Eurozone banks over the last few years but none of them were taken seriously. As the ECB is set to become the new chief supervisor of all Eurozone banks, they will have to be more serious about the asset quality review (AQR). And indeed, the ECB said that they will punish banks that are too reliant on LTRO funding. This triggered a rapid repayment of LTRO money into year-end and consequently led to a tightening in the Euro money markets. This was one of the major reasons for the strong EUR over the last few months. Whatever the results of the AQR will be, the run up to it has led to monetary tightening in Eurozone, which we think is not really helpful given the still existing economic problems in the region.

Fusion: Let’s move on to the emerging markets. Where do we stand there?

Roman: Last time we spoke, I described the process that fueled the credit bubbles in the EM as a consequence of the QE policies as well as the reversal of those capital flows since the tapering debate started. This process is still going on and will last a couple of years as the unwinding of the ten years of structural capital inflows cannot be done within one to two quarters. In the first wave, those countries with the most obvious balance of payments imbalances have been hit the hardest. Those countries amongst others are Brazil, India, Indonesia, South Africa and Turkey, all of which run large current account deficits. Turkey is a prime example of an overleveraged economy that is heavily reliant on external short term funding. The government not only prohibits the central bank from hiking the interest rates but also blames the “international interest rates lobby” for the economic turmoil and the weakening currency. Their external financing requirement for this year is around $215bn ($60bn current account deficit plus $125bn short term external debt + $32bn medium and long term external debt coming due this year). But they only have around $40bn of currency reserves and are not allowed to hike rates. Something has to give and this something will be the currency. On top of this, the most serious political crisis in 10 years has erupted as the government seems to be involved in a large scale corruption scandal. The next wave of this structural adjustment process will also hit countries where the current account is less an issue but the problem is located in the capital account. These include Mexico, Thailand, Malaysia and China amongst others.

Fusion: China was on the verge of a serious downtrend last year on worries about their expansion of credit since 2009, particularly the off-balance sheets investment products. Sentiment got really bearish and now is starting to turn a little as China’s economic numbers show an uptick. Can China avoid a crisis in near term and kick the can into the future?

Roman: Technically, they could kick the can down the road again and stimulate the economy once again. But something would have to give. You cannot try to reflate a bursting credit bubble AND keep your currency stable. Either you keep the currency stable but then interest rates will rise dramatically as it happens in good old fashion credit crunches. Or you inject enough liquidity into the system to prevent the credit crunch and rising interest rates but then you have to sacrifice your currency. It is difficult to get accurate data about the real situation of China’s balance of payments. But credit in the economy is currently growing twice as fast as the domestic bank’s deposit base. Thus, it is primarily foreign capital inflows that keep the Chinese credit boom going. We estimate that China currently needs between USD 300-400bn a quarter of foreign capital to fund its credit growth. If those capital inflows slow down or even reverse then you have spikes in the money market like last summer or late December. Some interbank rates such as the SHIBOR are not coming down anymore, despite the central bank’s interventions. This is simple balance of payments economics.

Fusion: How do you play such a credit crunch in China?

Roman: Well, China can either keep the currency stable and trigger full scale credit crunch or it can try to fight the credit crunch and let the currency go. During balance of payments crises, the authorities usually try to keep the currency stable for as long as it is possible and only devalue on a big scale once the pain of the credit crunch becomes unbearable. Therefore, we position ourselves for a credit crunch in the Hong Kong money market as the Hong Kong banks have at the margin been the banker for China’s credit boom. To give you an idea: the HK banking sector’s credit exposure to mainland China is 150% of the HK GDP. As HK operates a currency peg to the USD, any distortions in China’s money market will spill over to the HK. As capital flows out of HK and back into the USD, the HK central bank has to tighten in order to keep the HKD pegged to the USD.

Fusion: Now, what will all this mean for the US?

Felix: Well, the US economy is growing steadily and growth is relatively stable compared to the rest of the world. If we are right with our view, then we could see a similar situation as in the late 90s. Back then, the US imported disinflation or even some mild deflation because of the events in Asia and Russia. This led to a decline in Treasury yields and after a short but sharp correction in US equities, the bull market entered its final phase. Hence, it would make sense to expect a big correction sometimes this year, probably starting in winter/spring, not the least due to concerns about earnings. 50% of the S&P500 earnings come from overseas and as other currencies weaken against the Dollar and some economies slow more than expected, estimates have to be cut and the market could sell off.

How to prepare mango leaves for diabe…
Shen Men Piercing: Does it work for A…
GE Versana Premier and GE Logiq P9 – …
What to wear: outfit ideas for Christ…
Online Massage Therapy Courses, are y…
Felix Zulauf was born 1950, and is the owner and president of Zulauf Asset Management, a Zug, Switzerland-based hedge fund. Felix has worked in the financial markets and asset management for almost 40 years. Mr. Zulauf has been a regular member of the Barron's Roundtable for more than 20 years.


This post first appeared on Felix Zulauf, please read the originial post: here
People also like
How to prepare mango leaves for diabetes
Shen Men Piercing: Does it work for Anxiety and Depression?
GE Versana Premier and GE Logiq P9 – A Comparison
What to wear: outfit ideas for Christmas & summer
Online Massage Therapy Courses, are you ready to start today?
Vodacom buys 55% stake in Vodafone Egypt