So we have a negative correlation between gold production and gold price. 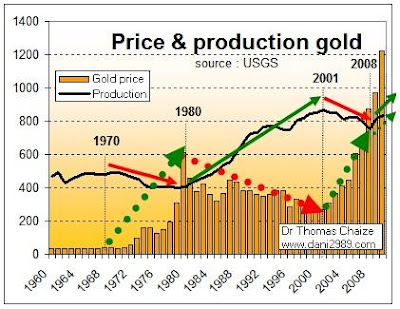 It is said that it will take 20 years on average to get reserves and resources to a producing mine. 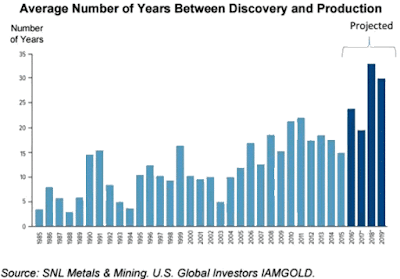 So that peak in discovery in 1995 is coinciding with the peak of production in 2015. 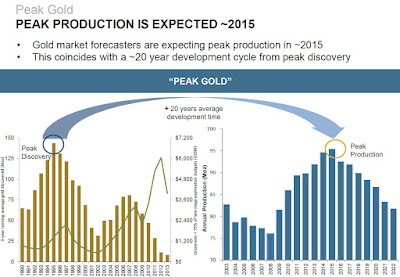 So what are the gold production numbers today? We see that gold mine production is starting to fall after 2015. So our correlation theory discovery/production is correct. 2015 is supposed to be the peak production year. If no new technologies appear, we will see a decline in production. 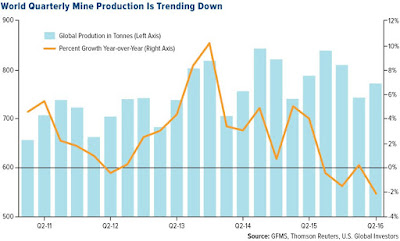 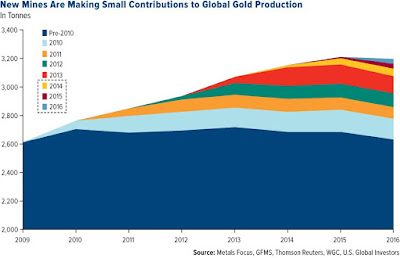 Conclusion: As gold production will fall, the gold price will rise. It's that easy.

Can CBD Be Used to Fight Coronavirus …
15 Top Trends for Kitchen Design for …
8 Places to Drink Coffee in KC that …
A Comparison of the Environmental Imp…
If I Had To Get Sober Again, Here’s W…