Stellar Lumens Eyes for a Trend Reversal in the Long Run

Stellar Lumens (XLM) has been moving bearishly and reached its support zone of $0.115 after dropping from its high of $0.44 in the period of the last seven months. The token shows favorable volume in the last trading session as the bears close the price below the lower lows. The XLM token is currently moving sideways at the bottom horizontal line showing consolidated momentum as neither the bears nor the bulls could take stringent price action.

11 Unforgettable Things to Do in Beli…
Forever 21 – #ForeverLA + Latest Offe…
Thinking on whether or not you should…
Choose The Guy You Want To Marry, The…
Firebird – Making Of Story 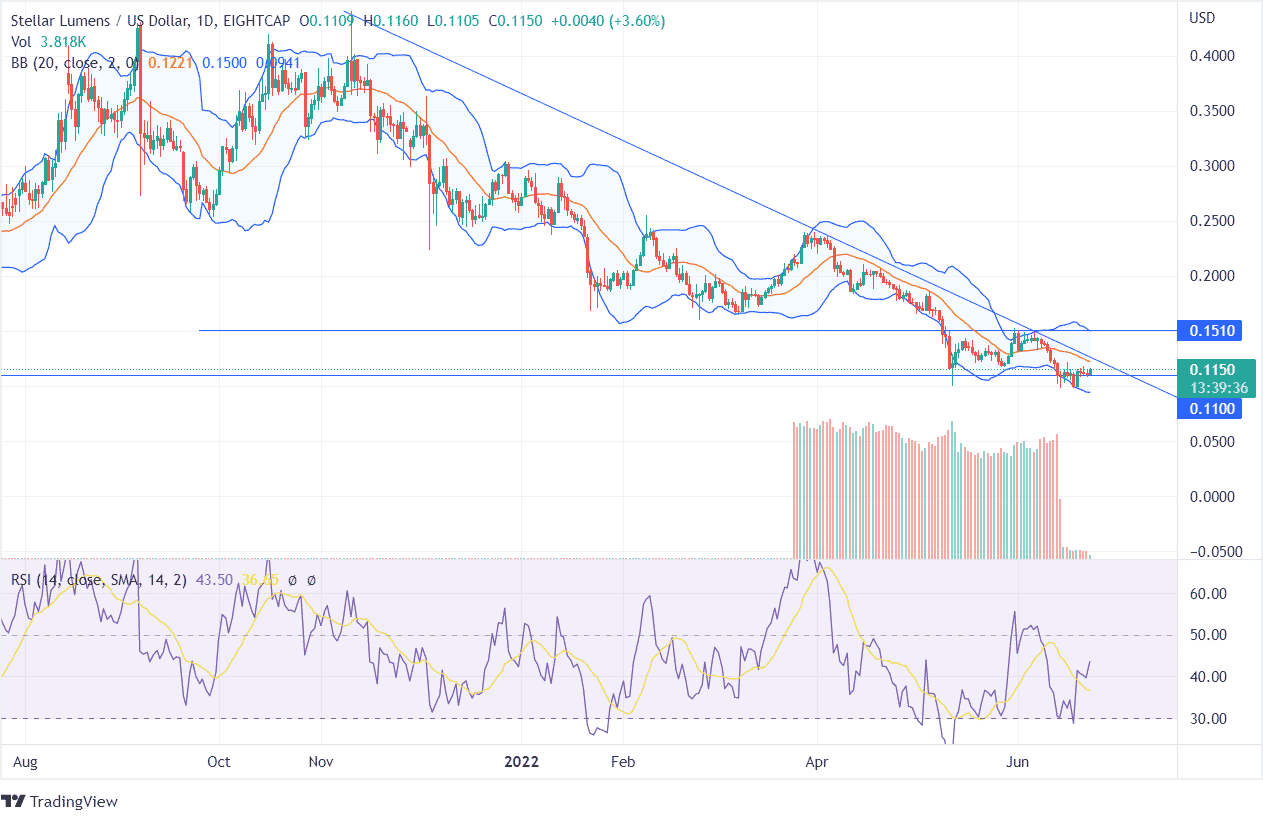 The investors have faced rejection several times as the price got tested the long stretching trend line but failed to closed above it and bounced back. The token recently entered the oversold zone, and my head towards the overbought zone if the bulls push the Stellar price upside.

The RSI indicator is 44 shows a neutral price indication as the price of Stellar Lumens is trailing at a point from where it may turn in any direction once it forms a higher high peak supressing the trend line or closes below the low of $0.0985. The price has moved from the lower band of Bollinger bands and may head towards the upper band as the price moves in between the bands. The price getting rejected at the lower band for the further downfall can be an opportunity for the bulls.

On the weekly chart, the previous week’s candle shows a price movement of 23%. The bears tried to push the price down but couldn’t close below the support line, hence facing rejection for the further downfall. A Trend Reversal can be expected if the token turns from the current point.

The post Stellar Lumens Eyes for a Trend Reversal in the Long Run appeared first on NameCoinNews.

This post first appeared on NameCoinNews, please read the originial post: here
People also like
11 Unforgettable Things to Do in Belize — Important Tips & Places to Stay
Forever 21 – #ForeverLA + Latest Offers
Thinking on whether or not you should get into crypto? Read this!
Choose The Guy You Want To Marry, Then Submit To Him
Firebird – Making Of Story
When does Botox Kick in for Your Patients?
Is President Biden really surrounded by Demonic Hedge of Protection?

Stellar Lumens Eyes for a Trend Reversal in the Long Run