How to Remove Pattern Day Trader Status and Reset Your Account

If you’ve been a little extra active in your trading Account lately, you might have gotten tagged as a day trader. And now you want to know how to remove pattern day trader status… 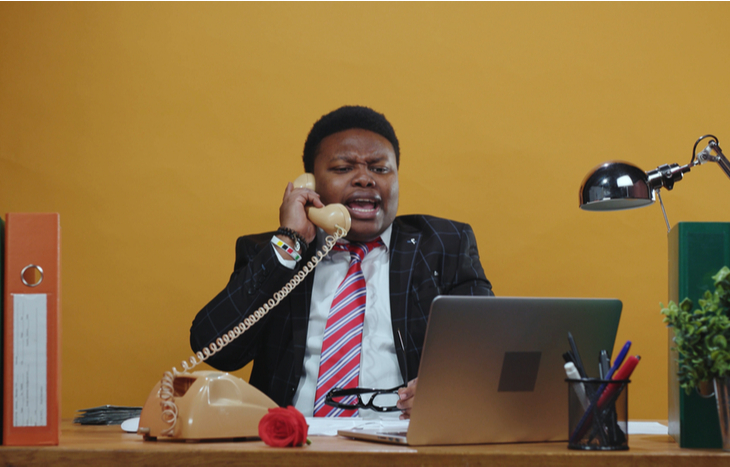 If you’ve got less than $25,000 in your brokerage account, frequent trading can lead to getting you locked out of your account. And that can cost you money in more ways than one. But this doesn’t come from making a bunch of trades in a short period of time. The rules are more specific.

Goal 2020 review and 2021 Resolution
Top 10 Sites to watch Telugu Movies O…
Spider-Man: If This Be My Destiny - L…
Crunchyroll – How to Watch Anime Onli…

So, let’s start with the basics. The Financial Industry Regulatory Authority (FINRA) has set a pretty specific standard of what qualifies as pattern day trading. The simplest explanation is making four or more “day trades” within five business days.

In this case, a day trade is when someone buys and sells (or sells then re-buys) the same security during one market session. There are other qualifiers in certain cases. But this is the most common reason investors get flagged as pattern day traders.

Now, getting labeled a pattern day trader isn’t terrible… If you can afford it. And we’re not just talking about the risks associated with day trading. As mentioned above, most day traders need at least $25,000 of equity in their accounts to remain active.

Falling short of this magic number can result in getting locked out of a trading account for 90 days. And for active traders, that’s like being told to go without eating for three months. If you don’t have the funds to boost your account to the necessary level, some brokerages offer ways to remove pattern day trader status. And that can save a failing account in some cases.

For the most part, those with cash-only accounts can day trade to their heart’s content. But this can slow down the trading process because it takes many days for the cash to exchange hands after a stock sale. So, unless there’s a focus on penny stocks or a small number of shares, it’s doubtful someone will be labeled a day trader with less than $25,000 in their cash account anyway. But it can happen.

There are plenty of new investors out there cracking open their Robinhood accounts on an hourly basis. Even if they’ve just got a few thousand dollars to trade with, it’s feasible to hit the pattern day trade threshold pretty easily. The excitement of quick winners can be contagious.

Let’s say our young investor bought an options contract on Monday morning for $125 and sold it that afternoon for $175. On Tuesday, he repeats the process. This time it doesn’t go as well. His $125 contract drops $50 in value, so he cashes out to preserve his capital. But that money in his account is burning a hole in his pocket. Come Wednesday, he finds a $100 options contract for a company right before their earnings call. The company smashes expectations. The contract doubles in value before the end of the day and our trader cashes out and feels pretty optimistic.

Come Thursday, our trader has his eyes set on another relatively cheap options contract right before the company’s earnings call. He buys a contact for $100. And once again, it doubles before the end of the day. Our young trader is feeling pretty confident and despite the one loss, his pockets have gotten a little fatter. But he’s also hit a tipping point… Whether he knows it or not.

How to Remove Pattern Day Trader Status (When Possible)

By Friday, our confident trader has hit pattern day trader status. But before the markets open, he’s already put an order in for a short-term options play. When the markets open, the contract is purchased. But as it dips in price, our young trader can’t sell it. He’s stripped of the ability to make any more day trades. His options contract will expire worthless in a just a few days. And he’s stuck watching it depreciate from the sidelines.

Robinhood – like many brokerages – start as margin accounts. This is usually a good thing. Margin trading can quickly propel an account upwards… When done right. Plus, it drastically speeds up the money transfer process. But with margin comes more responsibility.

The best thing our young trader can do to salvage his trade before it expires worthless is downgrade his account. By switching it from a Robinhood Instant Account to a Robinhood Cash account, he’ll be able to address his falling options contract as soon as all of the money clears in his account. And with any luck, he’ll be able to sell that contract before it expires worthless. Thus, leaving him with a little bit of cash in his account to trade another day.

Robinhood has its own day trading rules though. And not every brokerage is quite as merciful.

Fidelity has a long list of day trading restrictions for account holders. Let’s say someone were to follow the same trading pattern as our young trader above using a Fidelity account. The question of how to remove pattern day trader status becomes a bit stickier. They’d have to swear off any day trades for a 60-day period.

Charles Schwab account holders face similar issues. Account holders with less than $25,000 in capital labeled as pattern day traders can face a margin call to meet the minimum balance requirement – which must be met in five days. Without doing so, trading power is frozen for 90 days. Or until the margin call is met.

On the other hand, if our young investor were trading using a TD Ameritrade account, things would be easier… As long as he learned his lesson. When a TD Ameritrade account is marked with the scarlet PDT letters, they do allow a one-time flag removal. But from there on out, it’s important to tread lightly on the day trading until your portfolio is built up above the $25,000 threshold.

The Bottom Line on How to Remove Pattern Day Trader Status

For those interested in day trading, it’s best to ease in slowly… At least until your account has at least $25,000 in it. But until you get to that point, it’s crucial to understand the nuances of your brokerage’s margin account rules. And because each brokerage can vary, check the fine print about pattern day trading rules. Because as we illustrated above, not everyone is as forgiving to the young trader with speed on his mind. And getting locked out of your account can be a pricy mistake to make.

Nonetheless, day traders aren’t the only ones making money in the stock market. In fact, there’s an easier way to circumnavigate PDT rules. And you’ll never have to ask how to remove pattern day trader status… We suggest signing up for Trade of the Day. It’s a free e-letter with expert traders that can offer ways to be in the market one day and out the next… All while avoiding pattern day trading tripwires.

The post How to Remove Pattern Day Trader Status and Reset Your Account appeared first on Investment U.

How to Remove Pattern Day Trader Status and Reset Your Account