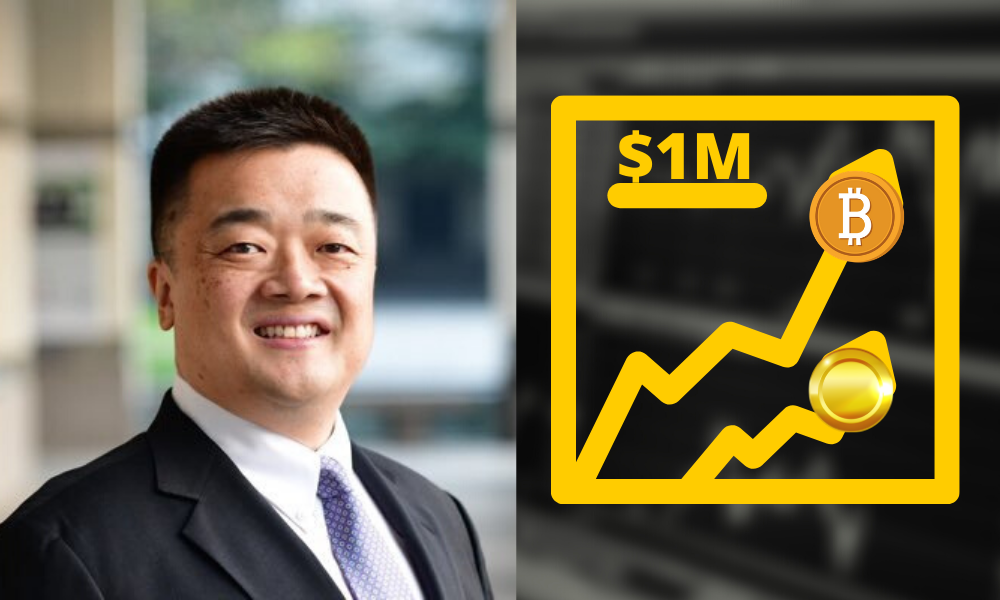 Bitcoin market cap is just $160 billion against a rigid market cap of gold standing rigid at $ 8 trillion, despite a gigantic distance in the value level, Lee feels that by 2028 the game would completely reverse and BTC will replace gold in every aspect.
he says

Lee feels that the limited market supply and a fixed number will be the key contributor playing the significant part to boost up BTC value in a Decade. He claims that the BTC price will be tripled in just a decade. Unlike gold which can be drawn through mines, the definite number of BTC will make it more scarce and valuable than gold.

The comparison between gold and BTC now seems to be colourless without Peter Schiff commenting on it. He has already become an infamous personality on the social media because of his false strikes on bitcoins which make his false predictions a silly hoax lacking pragmatic calculations and drawing untrue conclusions. Schiff has always tried to make BTC inferior and to throw light on its downfall in the time coming. Last week, he had tweeted that China’s digital currency collaboration with gold would pull BTC back and the bullish era of gold would ultimately make BTC bearish. Needless to say that many of his predictions never came true while many crashed to be a fiasco.

Lee is a supporter of Plan B which strongly points to the escalation in the BTC price in a decade. He feels that the continuation of money printing will push BTC to$ 1 million marks, on the contrary, Plan B analysed that it would cease the stock to flow model from working.

The price predictions by Lee had become a noticeable piece as it would actually be a historical moment if BTC achieves the level which Lee predicts it would. Gold, till now, had been appealing to the common mass but if the predictions hold right, BTC will surely be the centre of focus, especially in all those areas where it had been avoided so far