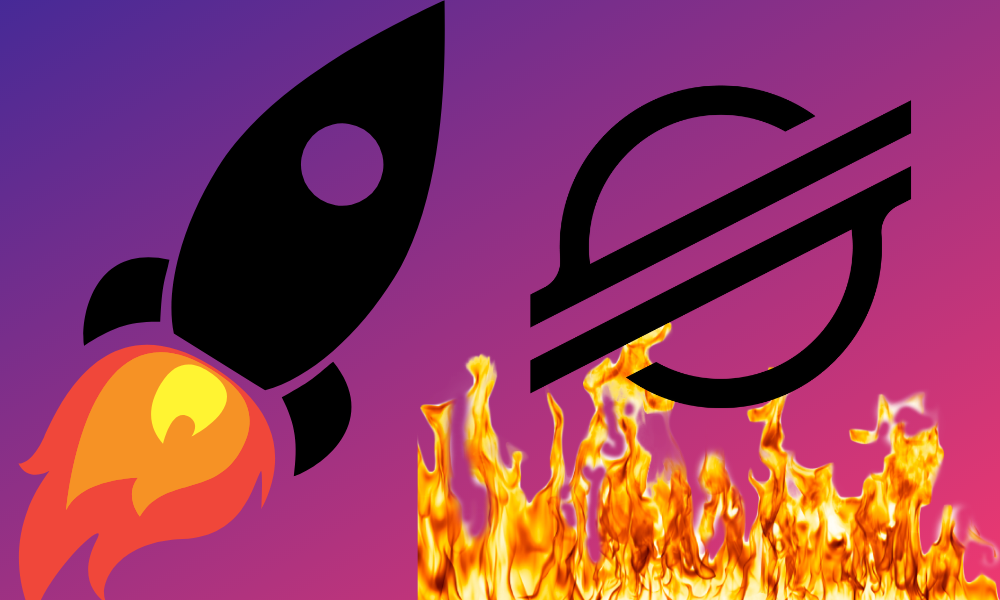 The popular cryptocurrency platform Stellar Foundation has burned it’s half of the supply in XLM token. They burned around 55 billion XLM supply that worth around $4.7 billion USD. On Monday the foundation has announced it publicly that they have done this for the growth of the network. The announcement was done on the platform of the Stellar Meridian Conference by CEO of the Stellar Foundation, Denelle Dixon.

The foundation has taken this step of destroying half of the circulation of the XLM token on the network because they want the network to be more efficient in the coming future. The total of around 85 billion of the XLM tokens was designate for the destroying by the SDF and out those 55 billion got destroyed. Each token holds the value of $0.085 and this concludes the total value of 55 billion XLM worth $4.7 billion. This destroying of the tokens has affected the coin positively and the currency is experiencing a 20% to 25% hike in the value.

Now there are around 50 billion XLM tokens that are present in the market, previously it was around 105 billion. Around 200 attendees were present when Dixon announced the news and she said,

“We didn’t start by wanting to burn. We started by asking, ‘What do we need?”

“As much as we wanted to use the lumens that we held, it was very hard to get them into the market.”

“To derive a plan from an arbitrary number serves no purpose.”

The Stellar organization decided that they only want to stick to the number they could utilize over the time of 10 years and adjust with that only. The foundation also posted a post on Medium in which they wrote,

“SDF can be leaner and do the work it was created to do using fewer lumens. Over the years we’ve also seen that giveaways and airdrops have diminishing effects, especially in the outsized amounts our original plan was designed to support. So a smaller public-facing program would have just as much impact.”

The attendees also welcomed the new information with warmness and Dixon received a round of applause. After the announcement yesterday the price went up by 14%.

Dixon gave an interview with CoinDesk in which she stated,

Now the foundation has authority over 30 billion of XLM and it is divided into various aspects. The direct development fund which was known as operations previously has around 12 billion XLM and it is for supporting the foundation. On the other hand, 1 billion XLM goes to the infrastructure and 1 billion for the currency support and these 2 billion comes under the “ecosystem support”.