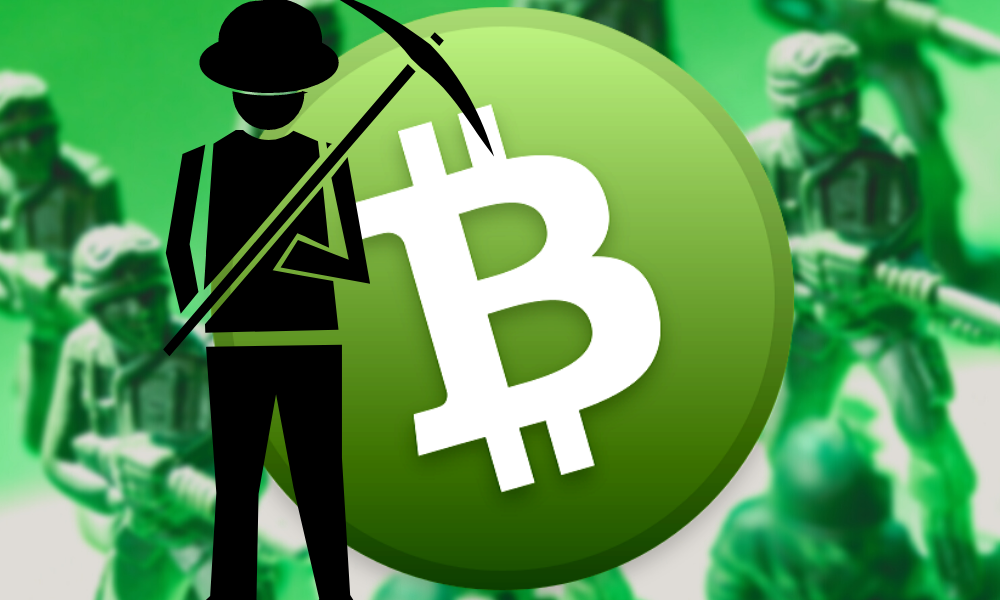 An anonymous Bitcoin Cash (BCH) miner had occupied the complete influence of more than 50% of the token’s hash rate for almost 24 hours. Mining began from 24 Oct at 10 am and exactly ended at the same time the next day constituting the mining of about 73 blocks.

Factually if a person or an organization manages to play with 50% of the BCH hashrate, then controlling the entire network is not a far cry. While Bitcoin hash rate is trying to touch a new higher level with every week passing, the popular Bitcoin fork, Bitcoin Cash is struggling with its ailing hash rate. Presently, according to BitlnfoCharts data, the hash rate for BCH is just 2.37Eh/s while BTC has accelerated in terms of his hash rate striking 97.4 Eh/s.

The feeble hash rate for BCH network can have adverse effects making easier to execute a 51% attack making the situation highly vulnerable and further creating serious concerns regarding its security.

Bitmeister, a Redditor, came forward with a hypothesis that this amount of hash rate was possibly coming from the miners of BTC owing to their bitcoin hash power to BCH.  It may be true that it was just an experiment but past has also witnessed such cases, a shining example is  Ethereum Classic which also became prey of 51% attack and eventually saw its removal from all major exchanges globally. The same fate can also be faced by BCH if it does not work on rigid security. Even if the case was just for an experimental purpose, it cannot conceal the Achilles heel of BCH putting the question on its safety and security.

The news had created a tremble on social media where many experts have argued that Bitcoin Cash is absolutely ailing and vulnerable so many of its applications can bring a shocking loss thus it is firmly recommended not to use it in any transaction process until the problem is completely addressed. Hash.fail, a twitter user instructs to ‘avoid transaction on or with $ BCH at any and all costs’

‘’It is strongly recommended that users avoid transacting on or with $BCH at any and all costs until this issue is resolved.’’