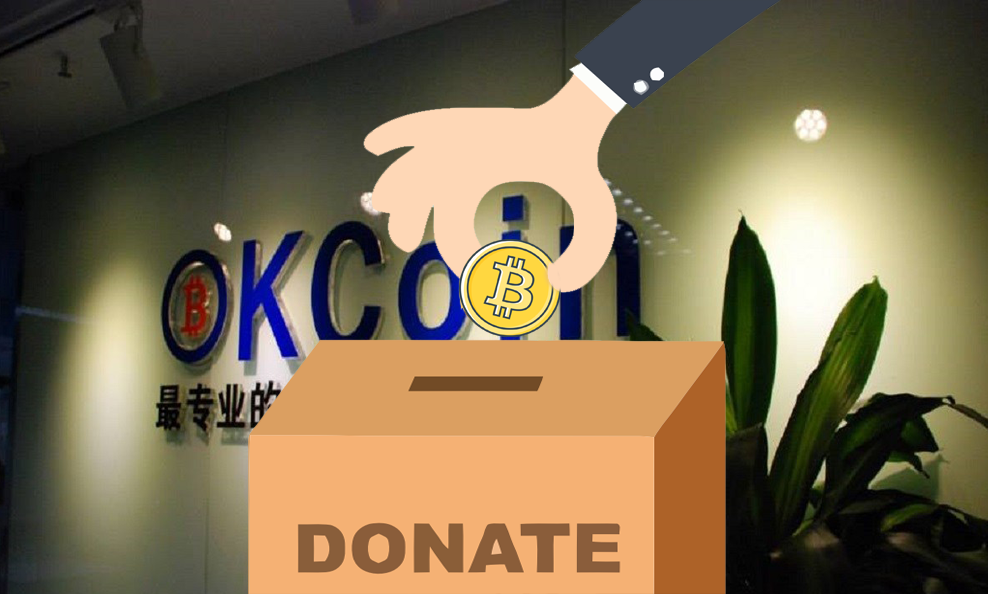 With the help of the initiative named ‘Let’s Build Bitcoin Together’ asking the fans of the cryptocurrency to visit OKCoin platform and vote for the initiative, whether they would like to get a donation. The crypto exchange is sending 0.02 BTC or the same amount of BCB or BSV on the voter’s selection. The exchange announced to donate around 1,000 BTC of worth $10.6 million do the development of Bitcoin, Bitcoin Cash, and Bitcoin Satoshi Vision.

The exchange has chosen 11 developers and assignments for the donation and they are Jimmy Song, Luke Dashjr, Been Woosley, Bitcoin Unlimited and Bitcoin Association. The voters can choose from these assignments and developers to receive a donation.

Tim Byun, the CEO of OKCoin has given a statement regarding the initiative,

“The ‘Let’s Build Bitcoin Together!” initiative, which we believe is the first exchange-led community investment of this scale, is our way of showing our commitment and dedication to the Bitcoin community. Developers are, and will continue to be, key to improving the accessibility of digital assets, which is the heart of the OKCoin mission. That being said, we hope to give the full 1,000 BTC away, but we need people to get out there and vote!”

This initiative will end of 27th September and the amount raised by the project will be evenly divided and distributed among above-mentioned developers and assignments. The exchange further stated,

“The intention is not to put one project against the other. Instead, the initiative aims to highlight the shared history, the different approaches and position taken, and to garner community support towards those focused on building and moving the project forward.”

This post first appeared on Coin Market, please read the originial post: here
People also like
Telegram Marketing solutions
Monetizing Hobby Through Online Courses
This Is What You Should Do If You’re Laid Off
Businesses can be revolutionize
Best 10 Food Delivery Apps to Satisfy Your Hunger
MRS THATCHER’S DREAM