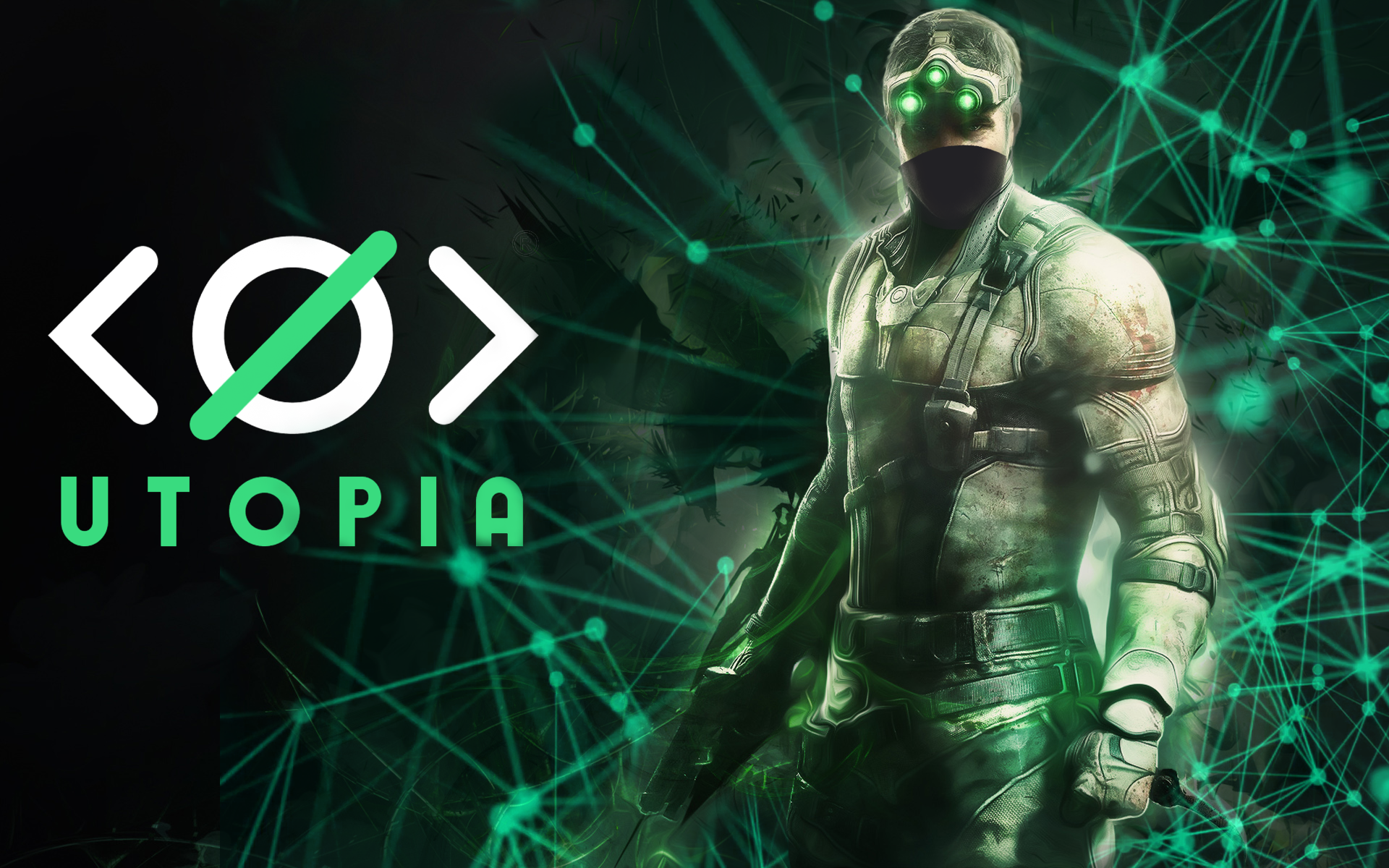 In a world of total surveillance, a platform that offers total privacy, security no censorship is a dream. This dream may just come true aided by Utopia – a feature-rich ecosystem platform. The group of networking technology enthusiasts behind Utopia (who call themselves ‘a 1984 Group’ and are keeping their identities hidden) worked hard to develop a product that can bypass online censorship and firewalls. This software is operative now and in beta mode.

It took the group more than 5 years to develop the product that is touted to be completely free and dedicated to freedom of self-expression and privacy. The masterminds behind this product included top-notch professionals from almost every IT field, such as cryptographic, software, networking engineers and the likes. Early adopters can help the platform by identifying bugs, promoting it globally, putting forward suggestions about prospective features and help in determining the future direction of the project. Beta Testers, Contributors & Promoters will be rewarded for their enthusiasm, commitment and dedication based on a lucrative reward system where 1 point equals 1USD and the payment will be made in BTC. Utopia’s official date of release is said to be 3rd October 2019 after the testing period of 3 months.

How does it work?

This platform won’t reveal the physical location of its users. Communication and data are not susceptible to interception. Users are free to communicate with whoever they want whenever they want. It sets users free from the bounds of censorship. Utopian ecosystem guarantees freedom of speech. An encrypted file on the user’s own device stores all account data. A central server is not involved in data transmission or storage; it is a decentralized peer-to-peer network. This is a dream platform for the users that believe privacy is paramount.

Once a user logs in to the Utopia platform, they can send and receive instant messages and voice recordings. This communication is secured by Curve25519 high-speed elliptic curve cryptography. The local storage is encrypted by 256-bit AES. The decryption of the data can only be done by the recipient.

A secure alternative to email is provided by the ecosystem in the form of uMail. This email service has features like an inbox, a trash folder, filters and searches functionality similar to those provided by mainstream email providers. Mail transmission or storage on it requires no servers. uMail account is created by default when a user first joins the Utopia network. A user’s uMail account cannot be blocked or seized.  Any files, irrespective of type, can be transferred to contacts by the user. A built-in viewer allows access to images. The current limit for attachments is 100 MB but may be increased in the future. A builtin file manager allows a user to access all the files sent and received.

Utopia makes it possible to create group chats and channels, news feeds and conduct a private discussion. Integrated uMaps allow a channel to be geotagged simplifying Utopia channel search and adding an extra security layer. There is no need to use public map services that collect user data. Utopia offers a comprehensive API for users to integrate with their own projects.

Utopia’s built-in uWallet provides all types of financial functionality like making and accepting payments in its native cryptocurrency Crypton (possible without disclosing the user’s public key), billing other Utopia users for services provided, offering a new payment method on their websites, paying by Crypto Cards without revealing identity. With Crypton, the focus was on cryptographic security so as to ensure that organizations or governments cannot manipulate it. It is meant to be fast and convenient to use. Minimum transaction fees and the freedom to complete transactions from anywhere in the world are some of its advantages. All the network enforced fees can be viewed online and fee structure changes are updated live on the network. It makes it possible to stay updated with the current fee structure. The fees collected will supposedly go towards maintaining the network and is said to be a way of controlling the total amount of Cryptons in circulation. The enforced fees is a way to compensate for the emission of Cryptons through mining, by extracting the Cryptons from circulation.

Payments through uWallet are instantaneous and cannot be reversed. The balance of a uWallet cannot be expropriated. Crypton (CRP) is proof-of-stake and can be mined through through the GUI based Utopia application or with terminal-based Mining bot. Users that support the ecosystem through Mining are rewarded by the emission of new Crypton’s. Mining Cryptons is environmentally friendly and does not slow your computer down. The group behind Utopia plans to implement their own built-in exchange and the decision to list Crypton on external crypto exchanges will be at the discretion of the other exchanges.

A decentralized registry of names that is impossible to expropriate, freeze or corrupt by any third party called Utopia Name System (UNS) is included in the Utopia Network. This is independent of the conventional Domain Naming System. It makes it possible to tunnel any kind of data between users in the ecosystem and to host websites inside Utopia network that are accessible with the built-in Idyll browser. There are no expiration dates, suspensions, renewal fees and revocations associated with UNS.  Registration on UNS is not free and must be paid in Crypton. It is possible to register multiple UNS registered names.  Users of UNS are served on a first-come, first-served basis.

In-app multiplayer games like chess are supported by Utopia. A user can register as a Beta Tester, Contributor or a Promoter and enjoy the ecosystem with varied rewards. Information about the platform and progress made by the Utopia team is available on a community on Reddit run by Beta Testers at r/Utopia1984.

Utopia is built to keep communications confidential and data security so that you can be sure that Big Brother is no longer watching your every move. At a time when users’ identity and privacy are sold to make a profit, the Utopia ecosystem can prove to be a game-changer in secure communication!