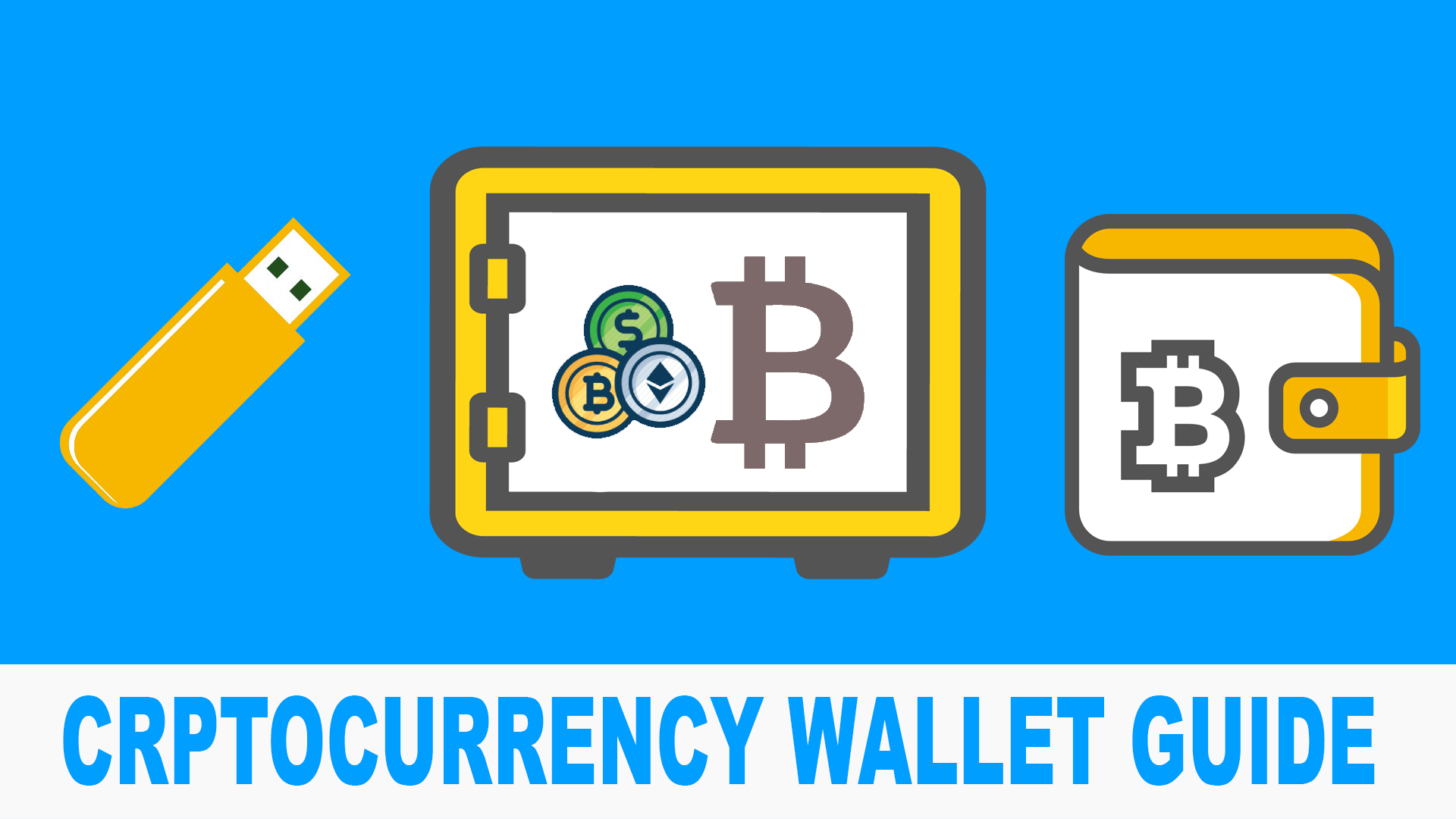 What is Cryptocurrency or Bitcoin Wallet?

This Wallet is the premier step to utilize Bitcoin and virtual currency. It is similar to the bank account and it provides the facility to keep coins, send coins, receive bitcoins and transfer to others. In other words, a wallet acts as your individual attachment with the Bitcoin network, just as your online bank account is attached to the traditional monetary system.

They feature private keys and secret codes that provides the users to use your coins. Actually Wallets are not really to keep coins safe and secure, instead, it provides the private key to reach the coins. A wallet is basically an app, a device or you may call a website that controls private keys for the users.

Different Types of Bitcoin and Crypto Wallets: There are mainly two types of wallets: Hardware Wallets and Hot wallets.

The hardware wallets are a safe hardware device that keeps your private keys and coins safe. This wallet is a physical electronic device and the fundamental innovation of the wallet must be attached to a user’s computer, mobile phone or tablet before coins may be dispensed. The two most famous cryptocurrency and Bitcoin hardware wallets are Ledger Nano X and TREZOR T.

These wallets are excellent for safety, convenient use, and authentic. The most important thing they provide private keys distinct from the liable, internet-connected devices. These hardware wallets keep all the private keys safe in the offline environment and they protect the device from the malware-infected tablets and computers.

Bitcoin and cryptocurrencies are totally virtual and that’s why the cyberattacks rate could higher and criminals could hack your “software wallet” from a computer and rob them by accessing user’s private key. On the other hand, hardware wallet provides security from all these. Even if the hardware wallets get stolen, the user doesn’t have to worry because it is protected by key or pin code and the user should have created a secret backup code through which they can always get their coin and data back.

Which wallet is to choose?

If you are thinking about investing and saving then a hardware wallet will be good for your coins secure. On the other hand, the software wallet will transfer and receive cryptos and bitcoins is good and the best thing is that they are free. These cryptos wallets are created differently to look after different issues.

Some of the wallets are created for security and while others focus on privacy. The user’s needs should lead them to choose their wallets.

Secure and Safe: The hardware wallets are not free and that’s the biggest issue, but they are worth their price if the users hold and store a considerable amount of coins. They provide the best security to the coins; even they are a few hundred or a few million.

Working: They functions on offline devices and they keep the user’s private keys offline, so the hackers can’t be able to hack it. They can even functions of malware-infected devices.

Why Screen is Important in Hardware wallet?

Hardware wallets have screens, which give them extra security by certifying and showing main wallet details. These wallets can’t be hacked and the screen of reliable than data shown on the user’s device.

Online or Web Bitcoin Wallets: These wallets keep your private keys online and there they get encrypted with a customer-selected passcode. They do not provide a high level of security, but, still, these wallets are accessible on any device which is connected to the internet.

GreenAddress: It is multi-signature Bitcoin wallet present on the web, android, i-OS, and desktop. This wallet is adaptable with hardware wallets such as Ledger Nano, HW.1 and TREZOR.

“Multi-signature” means that the site needs a manual confirmation from the users for your coins to be dispensed and this gives extra security.

Samourai Wallet: This is a very popular and best present bitcoin wallet on Android. This wallet provides excellent privacy and the developers are constantly adding the latest features of bitcoin. It is an open-source wallet and it has been in the market for 3 years.

Mycelium: Again it is a very famous Bitcoin wallet among Android users. It is very easy to utilize for transactions. The set up an account and backing data of the wallet are with excellent instructions.

Breadwallet: It was launched first as iPhone wallet and a few days ago it’s was introduced on Android. The user can manage private keys, east to connect and it also provides passcode support for keeping the wallet safe.

Edge: It is again available on iPhone and Android. It is easy to use and the wallet provides login feature which makes it easy for even the new users. This wallet automatically backup your data and users don’t have to worry about it.

GreenBits: It’s another native version of GreenAddress on Android. It also provides feature such as multi-signature wallet and it’s also able to work along with hardware wallets such as TREZOR and Ledger.

Bitcoin Wallet: The other name of this wallet is Schildbach Wallet and it was the very first bitcoin wallet. This wallet is much safer than the other wallets present on mobile phones and it provides a direct association to the bitcoin network. This is great for the new users of bitcoin and it provides some really nice feature.

Desktop Wallet: It can easily be installed and downloaded on computers. If you want a good level of privacy, you should opt for the Bitcoin core wallet because it doesn’t depend on the third party. There is one wallet named Electrum present on desktop version:

Electrum: It is available on Mac, Linux, and Window and it is a very lightweight wallet. It was created in November 2011 and its important features are: it supports hardware wallets and they can be used to secure Bitcoin storage even on an offline computer. This wallet is also very to use.

iPhone and i-OS wallets: In 2014, Apple prohibited the Bitcoin wallets, but recently they reversed their decision. Now, there are many options is present for Apple users.

Breadwallet: It is available on both iOS and Android. The important thing is that is very popular among the iPhone users and it also allows the users to manage their private keys. The transactions on the wallet are also easy and simple.

Edge: Similar to Breadwallet, it is also present on iOS and android. The simple login feature of the wallet makes it user-friendly and easy to use for beginners. The wallet does automatic backups of the user’s data.