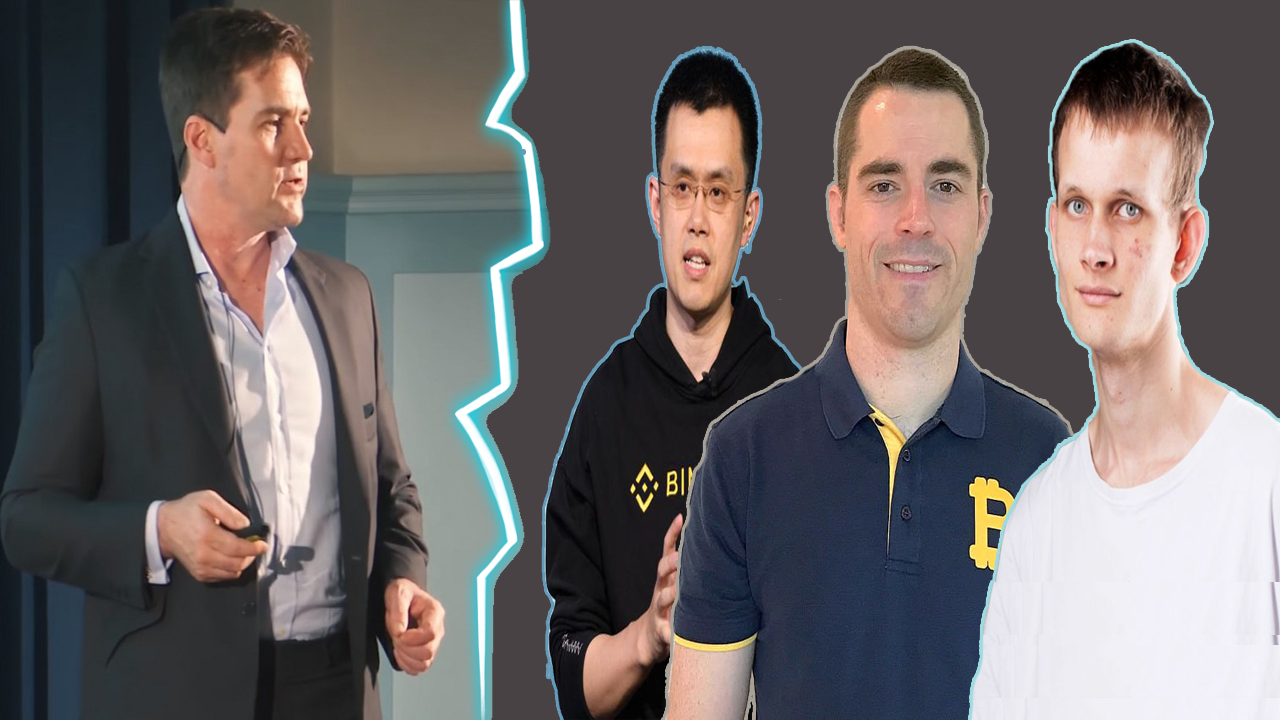 Craig Wright, who is an Australian computer scientist who proclaims himself the inventor(Satoshi Nakamoto) or the creator of bitcoin slanders Roger Ver, Vitalik and CZ labelling them traitors or treacherous beings in his latest post. He alleges them for being involved in criminal affairs and projecting their own criminal activities onto him. Wright is of the opinion that the tripartite has made attempts to defame and defile him along with the developer Greg Maxwell. Wright also accuses the trio to be plunged into fraudulent practices and are basically defraud crypto investors.

Wright says that he has been made to incur the false accusations and has posed him as a façade of Satoshi Nakamoto so that all attention could be turned away from the illegal and fraudulent practices which they carry out. This has caused a rift between Wright and the ones who have now emerged as his rivals.

Craig lashes his fury against each of the individuals

Craig starts with the developer Greg Maxwell, accusing him of being involved in Antisec. Antisec was a chain of hack attacks that occurred in the year 2011-2012. This particular hack attack had its dire consequences on bitcoin and crypto-currency.  It was discovered that a monumental amount of intellectual property was tampered and purloined as well.

“[Maxwell] broke into computer systems, altered records, and released such stolen information to the world. Yet he calls for me to be imprisoned as he claims I altered records.”

Craig directs his fury against roger Ver saying that Ver functions in the most anarchic of ways. Extending this context, Craig says that Ver is “seeking to create dark web markets.” which is a defunct drugs marketplace operated online. Wright concretises the allegation by adding that Ver has been carrying on with this illegality for a long time, concealing it from the world successfully.

Vitalik Buterin who is known as the co-founder of Ethereum, could not escape the wrath of  Wright either. Wright has been spotted alleging Buterin for creating the

“biggest Ponzi market and scheme of the decade with ICOs that have extracted billions of dollars from unwary individuals.”

Lastly, Wright also holds CZ who is the CEO of Binance, in contempt, by reprimanding him of running the biggest money-laundering operations in the public world. Wright adds to his allegations against him that CZ is constantly and relentlessly making uses of crypto exchange binance in order to make allowance for the individuals to ease the process of laundering money for them via crypto-currency.

“[Zhao] calls me a fraud because I seek to add KYC and AML requirements to Bitcoin and other exchanges. Effectively, such people call me a fraud because I’m willing to work within a regulatory framework. The people opposing me seek a system that allows drug markets and crime.”

Wright asserts that he had created bitcoin lawfully so that it could be operated within the law and not open an avenue of criminal activity or any illegal affair. Wright has brazenly slammed the crypto evangelists by surfacing their filthy practices. He has also made a threat to earthen bitcoin if the criminal activities fail to cease immediately. Wright, through his wrath and disgust, presents a diabolic picture of the individuals he has a row with evidencing that they are the parasites in the domain of bitcoin and crypto-currency.

It is learnt that Wright has been sued in $10 billion bitcoin lawsuit. He is scheduled to appear on august 7 next. It would only then be confirmed whether or not the indictments on Craig Wright were grapevines abuzzed by his foes.