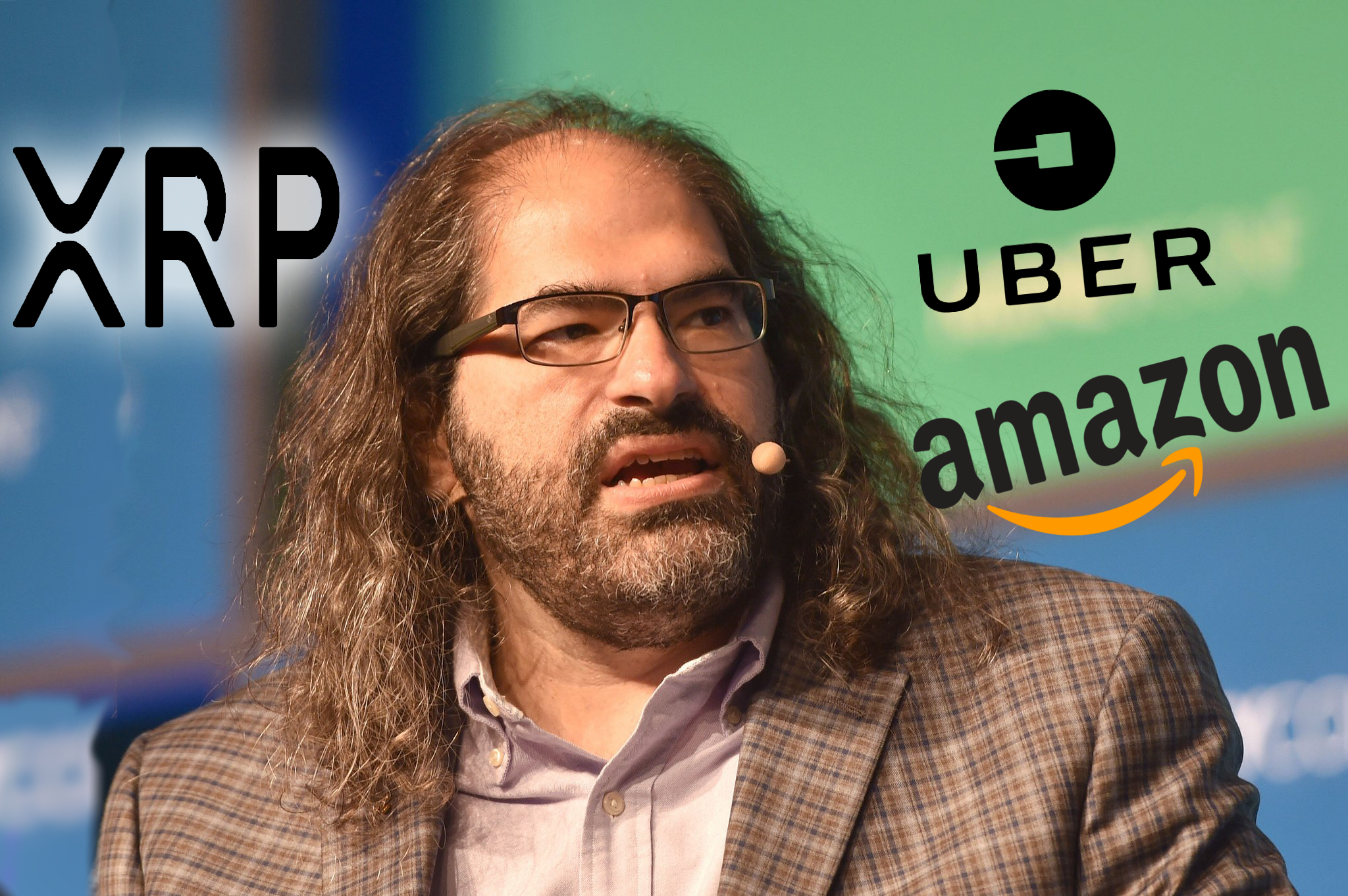 The Chief Technology Officer of Ripple, David Schwartz said that Amazon and Uber should utilize virtual assets such as XRP for their cross-border payments. He said that this will be the best solution for the small-ages payments that numbered in thousands and this will be best because of their corporate model.

He further said that these world’s giants Companies or firms should take advantages of the present opportunities such as utilizing cryptocurrency for their payments. David Schwartz gave these statements at WeAreDevelopers conference in Berlin, Germany. At the conference, he talked about Ripple’s functioning with financial institutions for global transfers.

As per him, big companies like Amazon and Uber will get immediate profit from using digital assets like XRP. XRP provides the technology to the companies for their international remittances and XRP give cheap and safe service to transfer money even in the remote areas of the globe in the short span of time.
David stated at the conference,

“If you’re a Seagate or an Amazon or an Airbnb or an Uber, these companies all make large numbers of small payments. Amazon has thousands of merchants that they make payments to. Uber, if you’re in the Philippines and you’re a driver and you need money for milk, Uber would love you to drive for them and buy milk right that day.”

He further went on stating,

“But they need efficient payments. They need payments that are as reliable as email for that to happen. And that doesn’t exist. And each of these companies employs literally hundreds of people just in their payments division. And if you imagine if you ran a payment company, you would love to go to any these new corporates and say, ‘Hey! Fire your hundreds of payments people. We’ll do all your payments.’ But there’s nobody who can do that.”

The CTO of Ripple stated that XRP is designed for situations like these with revolutionary technology.
He stated about the technology of XRP,

“We came up with what’s technically a form of federated Byzantine agreement that we call consensus that’s faster and cheaper than proof-of-work. And the result is that XRP is a decentralized digital asset not connected to any jurisdiction, that moves more quickly and more cheaply than Bitcoin. And I would argue that it’s also more censorship-resistant and has some of the decentralization properties that we want. And that’s resulted in low cost, low fees and high transaction volume with low latency.”

He argued that Ripple is kind of intimidating crypto remittance in the world’s market, and it is not like SWIFT and Paypal, also it is decentralized and because of this Ripple is the best option to opt for both of these companies and their merchants. As it is transparent, cost-effective and has a short time span for remittances.

Ripple has alliances with over 200 global companies and most of them are banks and other financial institutions. The XCurrent and XRapid, the two blockchain-based remittances solutions by Ripple are mostly used by its alliances. He mentioned that due to low awareness and knowledge about crypto, and struggle with regulators worldwide are the two largest barriers of the growth of the virtual currency industry.