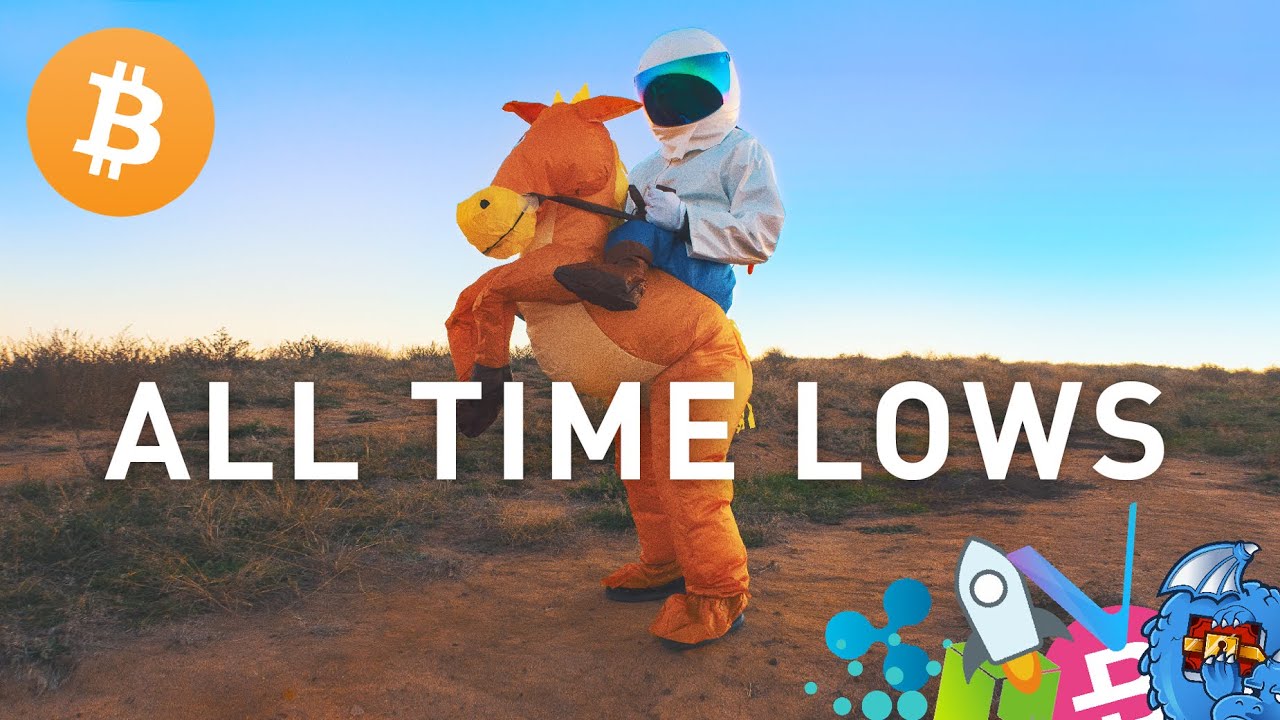 The cryptocurrency Market was going strong a week ago and the world’s biggest cryptocurrency Bitcoin’s value was above the clouds, but all of sudden the value of the currency almost dropped down by 10% bearish correction today. The market came down harder then it came down the previous year.

The value of the Bitcoin was increasing a week before, but the altcoins were not enjoying their best in the market. Initially with the high spirits of the recent market surge orchestrated by the largest virtual currency, as an ‘Alt-Season’, consisted of 118 cryptocurrencies that surge in the course of years than compare to bitcoin.

A parody of Lil Nas X’s Old Town Road made by Lil Bubble named by “All-time low”. The Song shows the schemes and thinking of the people who play long period altcoin game.

Yesterday, the song was published on Twitter and it has already been re-tweeted by 2,291 times and it was liked by 6,686 people. The music video of the song include Spaceman wearing “ledger on [their] phone” was playing an acoustic guitar and their tells their motive of direct the altcoin to their all-time low value and buy them when they are can’t move any further. They put logic about the alts they that are over-brought and due to this they are undervalued, but someday their value will surge. The spacesuit of the man in the song points out that the alts are going towards the moon.

The two spaceman walks in the desert and sun is setting being them, one is not taking a shot with another who is walking beside him grabbing the garbage specifying as altcoins such as Litecoin, Bytecoin, Zilliqa, Icon, VeChain, and Verge. While he is sitting down and wondering how he ended up here then the lines come “FOMO buy the pump, Panic sell the dump.”

They are not having any adventure as they haven’t lost because they know they haven’t sold. They were using their phones and holding a stack of dollar bills and looking for buying more.

Spaceman also replies talking to himself, “I’ll be holding bags ‘cause I am never missing my chance.” The comments are not enabled on the account that posted the video. The account of Lil Bubble is named as “$hitcoin extraordinaire” and in the past, he also had posted a video of Gary Jules’s song “Mad World” named as When Moon?